Daredevil’s campaign has taken on a more viral approach to campaigning on the streets of London created by UK artist Daniel Norris. It features a sort of optical illusion art where the light at the end of the tunnel also forms the head of a kingpin, and a young Murdock walks hand-in-hand towards it the light with his father, the ‘failed’ boxer who gave his son the code of conduct and identity. Daniel Norris keyed this as the integral afflatus for his creative piece:

The relationship of Father and Son is at the heart of my poster, as Jack played an integral role in Matt’s upbringing and self-identity leading directly to the creation of the Daredevil as an avatar of justice on the streets of Hell’s Kitchen

Check out the art: 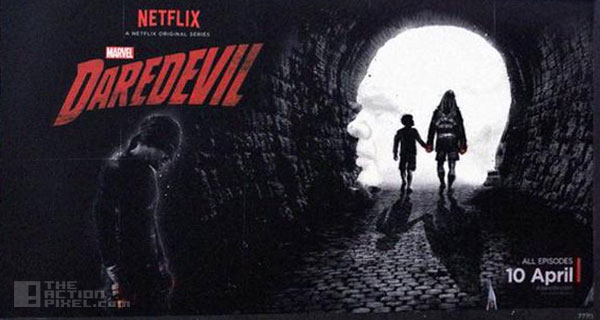