Marvel announces a Hail Hydra Series that will be set to occur during the colossal Secret Wars narrative arc. In an all too real reflection of reality, Hydra, the evil mirror of SHIELD, an organisation that is already shady to say the least, becomes the defining element of US patriotism. Now the organisation with far-reaching tentacles have effectively brainwashed the heroes and villains of the Marvelverse with their totalitarian doctrine. Not great especially for son of Captain America, ie Ian Rogers / Nomad, who will be drifting into this Hydra dimension.

How does a younger generation of hero win against a system that has long and deeply permeated the state of things?

Hail Hydra is kinda set out to be a ‘What If’ universe, and includes a lot of re-imaginings of well-known Marvel characters in the brave new world. And with no SHIELD in this universe, Hydra will undoubtedly have no problems squashing dissent. Writer Rick Remender had this to say about the characters and narratives going skinny-dipping in the Hydra pool:

…It’s more about taking some of the other characters and their histories and dipping them in the Hydra pool. The one that I’m most excited about right now is Eddie Brock as Hydra Venom. He’s all white with the green Hydra on his chest. The symbiote took to the Hydra symbolism the same way that it picked up on the spider symbolism when it bonded with Peter. So now, you’ve got Eddie Brock stomping around with the Hydra symbiote and there’s a lot of fun stuff to do with that. I don’t want to give too much of it away, but obviously there’s a fun version of the Hydra/Avengers that I’ll play with.

Check out the cover art for Hail Hydra: 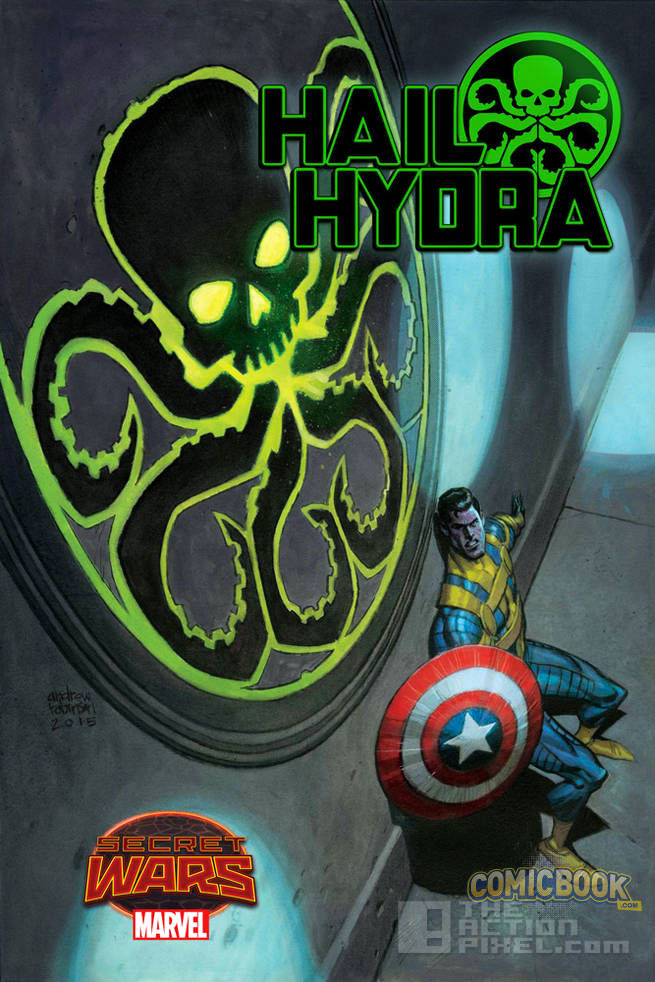