Who doesn’t remember the awesome title sequences to God Of War that took inspiration from the Greek art you would image plastered accross the face of pottery or carved in stone in some town brothel somewhere. And I often thought how cool it would be to have a video game in this style. An alternative game which focused on unique Greek aesthetics for a new gaming experience. But I think my ESP-endowed thoughts somehow reached Alientrap Games and they created the Apotheon. 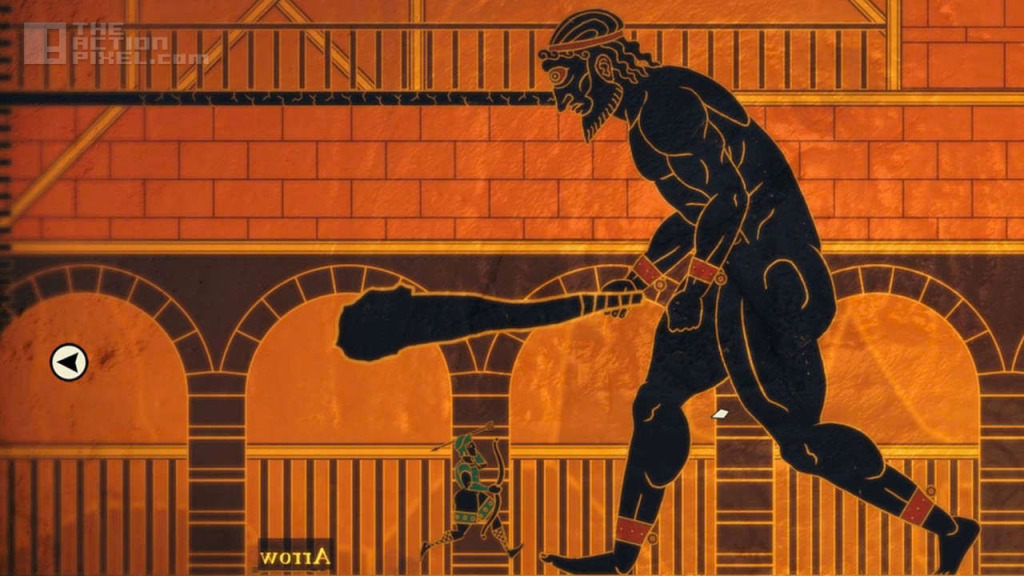 The aesthetics are stiking, the Greek-styled art naturally fitting the two-dimensional platform-styled gameplay. And though it takes some cues from God Of War, the narrative has a more discerning quality, where undercurrent the intensity of play is personal, intimate stories with afflatuses born from classic Greek tragedies. The gods were prideful and self-consumed. The heroes were flawed yet filled with hubris. You can tell a lot of passion and research went into creating Apotheon, as it isn’t based on an actual Greek tragedy, but feels like a story that has been passed down through generations, stories spoken through hushed mouths over a wild, dancing campfire.

But do not get it twisted. Battles are intense. When you come face-to-face fighting a god or goddess, you will know it; the fight won’t be won by random button-bashing but by strategic, timed attacks.

Apotheon is a heroic action game set within the vibrant world of Ancient Greek Mythology. Ascend Mount Olympus, wrestle the divine powers from the Pantheon of Gods, and save mankind.

Check out the Apotheon trailer below: