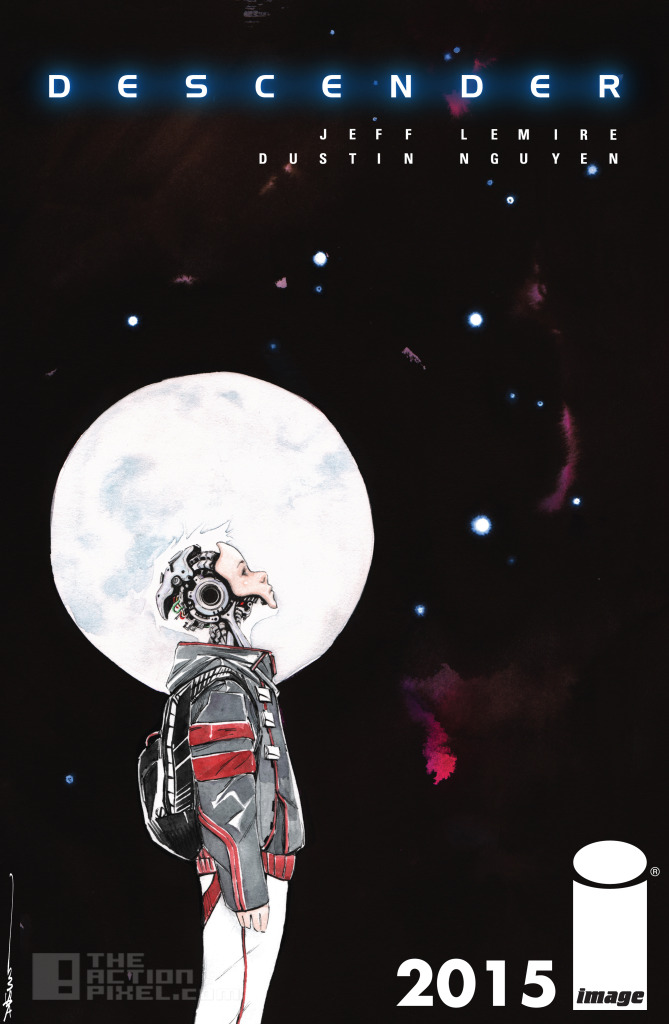 The grand space opera already flaunts a layered, heartfelt and enigma-ladened adventure. The Descender tells the story of a lifelike AI in the form of a boy called TIM-21. TIM-21 embarks on a galactic excursion in search for a place to call home in a universe that loathes and despises him. In his very machine DNA, TIM-21 may hold the secret to the origin of the robots that destroyed whole worlds. So you can pretty much see that this would make the kid game for the visceral types. But TIM-21 is not alone in his exotic planet hopping, as he has an unlikely band of companions following him on his journey.

Needless to say both Nyugen and Lemire are excited that Sony Pictures have come to bare the responsibility of realising their baby The Descender on film:

We know that their [Sony Pictures] film translation will do justice to the original comics, and we [Lemire and Nyugen] are thrilled with their belief in the franchise potential.

Weso love what’s coming out of the Image Comic camp from Saga to Wytches to The Wicked + The Divine, so this filmic news hits us once again right in the sweet spot. More news on this as things develop.