Return Of The Living Deadpool #1
Advertisement

It was only a few days ago the shocking news of Deadpool being offed in the final instalment in the Deadpool series in issue #250. The man responsible… this guy:

Mike’s even been giving us the carnage post updates blow by blow, with panel sketches and the likes: 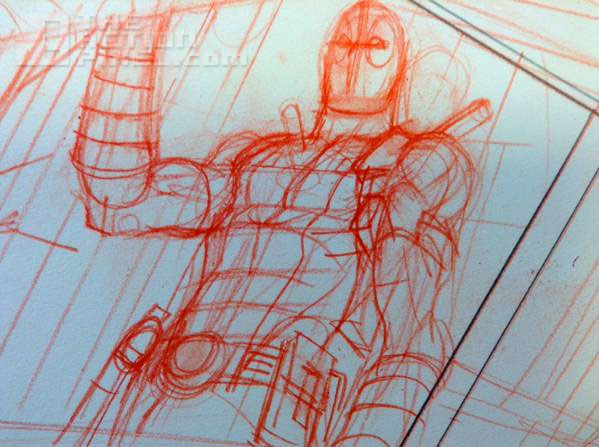 But as soon as we began mourning the loss of the “Merc with the Mouth”, Marvel pulled a fast one and decided to reincarnate Wade Wilson in a whole new series. No breather or anything. And what better way to bring back a character that is supposed to be dead? Zombies. Obviously. And Deadpool comes back in the series Return Of The Living Deadpool #1.

Marvel new artist Nik Virella is joined by writer Cullen Bunn to imagine the return of Deadpools. Yes, we said “Deadpools” because there is more than one of them. The story goes is that the regenerative properties is the key to fight a certain zombie apocalypse. And as the good guy he is, Deadpool offers up his blood as the foolproof cure. The only thing is if a zombie takes a chunk out of Deadpool turn into a Deadpool themselves. Cullen Bunn gets real bio-scientific on us via Marvel:

Every time a zombie takes a bite of one of these Deadpools, the zombie becomes Deadpool. You know how Deadpool has numerous personalities? Well, these newly created Deadpools start to latch on to different aspects of Deadpools split psyche, forming factions. And these factions don’t get along!

So it sounds like there is something actually more dreadful than a zombie apocalypse. Check out the artwork by Nik Virella, as well as the covers by Ryan Stegmen and Jay Shaw: 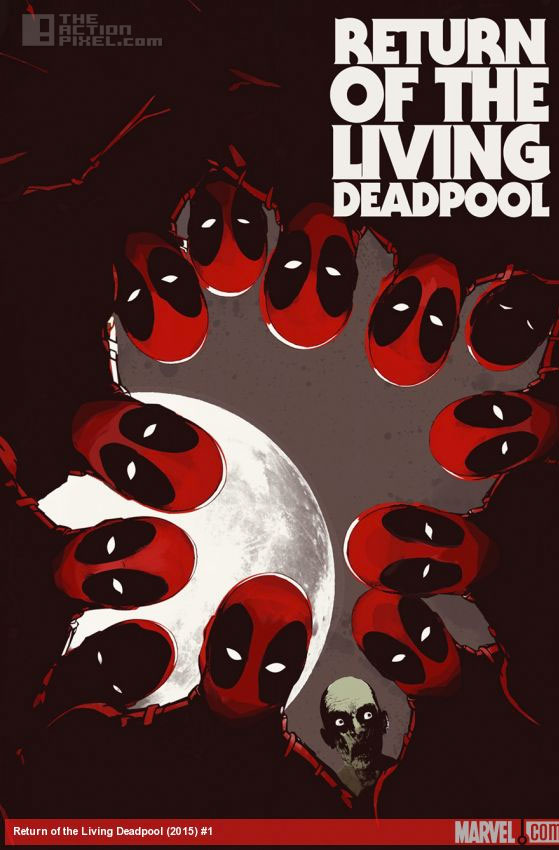 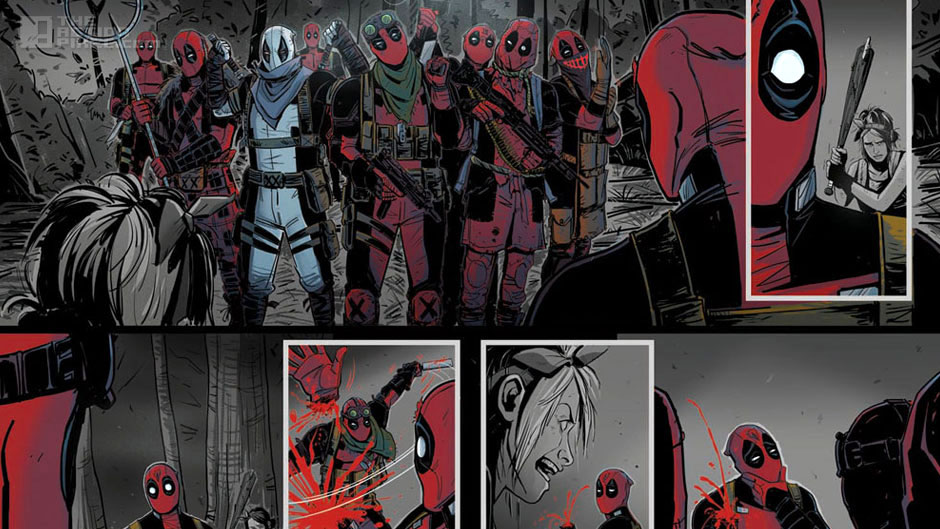 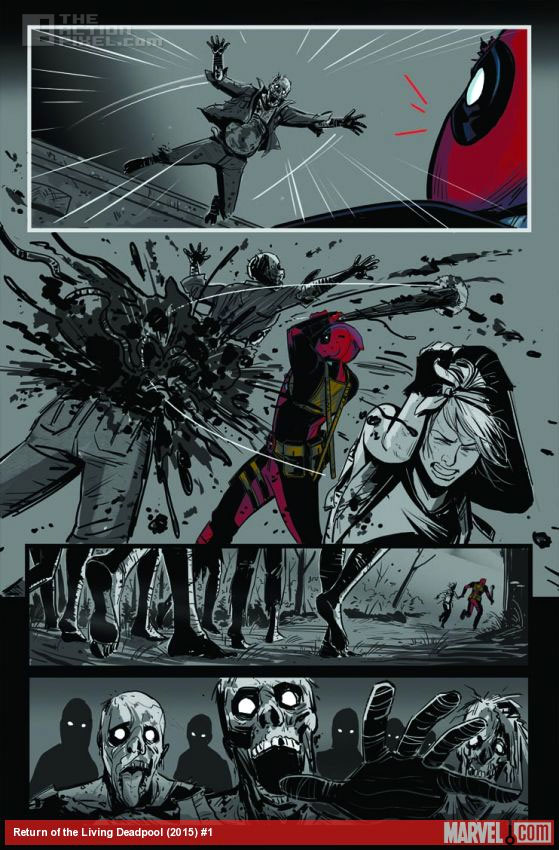 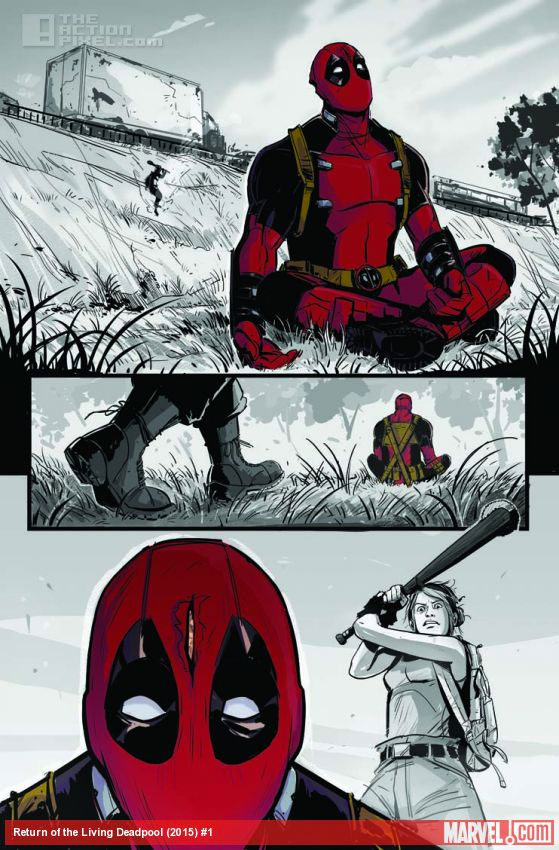 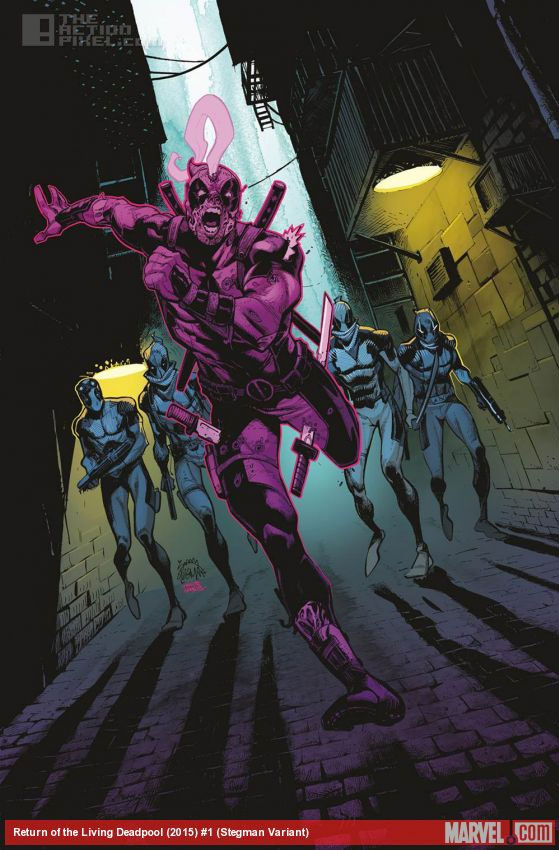 What the hell are the people at Marvel taking? They really need to learn to share more.

Fantastic Four and the power of fanboy hate