Fantastic Four and the power of fanboy hate
Advertisement

This is a topic I was willing to ignore. People bitch online. It is a common occurance on the web. Keyboard warriors spewing ignorance and hate through Reddit forums, YouTube and Facebook comments. But when it comes to fanboys, comments get out of hand very fast. From Star Wars using black actor John Boyega in stormtrooper gear, to Fantastic Four casting black actor Michael B. Jordan as Johnny Storm, originally portrayed as a white superhero in the Marvel Comics, the internet has become rife with a white-hot steely hate.

All you have to do is look at the flack the new Fantastic Four reboot is experiencing to understand. For one, the thinly veiled or blatantly racist comments to the denouncement of the entire film have been popping up anywhere where Fantastic Four is mentioned. And with recent news of Doctor Doom being made into a computer hacker for the film, and Josh Trank saying Fantastic Four is a good movie “if you are a fan of Chronicle“, the fanboys have taken to the internet again to call for a boycott of the film. Josh Trank directs Fantastic Four, and also directed Chronicle (2012) which also starred Michael B. Jordan and was written by Max Landis.

I thought Chronicle was a fantastic movie and [Josh] Trank has gone off and done his version of Fantastic Four. If you like Chronicle, then you’ll like this.”

While it seems Vaughn was quick to announce the death of the dark comic film, it would seem he does not give much in the way of support for Trank’s Fantastic Four.

And to make matters worse, leaked images of the supposed Fantastic Four film logo sequence have been uploaded online, with no fanfare like Marvel’s premature gaffs. Not to mention the more damning of all issues surrounding the crucifixion of the Fantastic Four; Marvel has made no qualms expressing its “subliminal” hate for the Fantastic Four reboot. Marvel CEO Ike Perlmutter has been in contention with Fox, who currently owns the film rights to the Fantastic Four. Marvel’s response: bringing their Fantastic Four comic series to an ugly end. 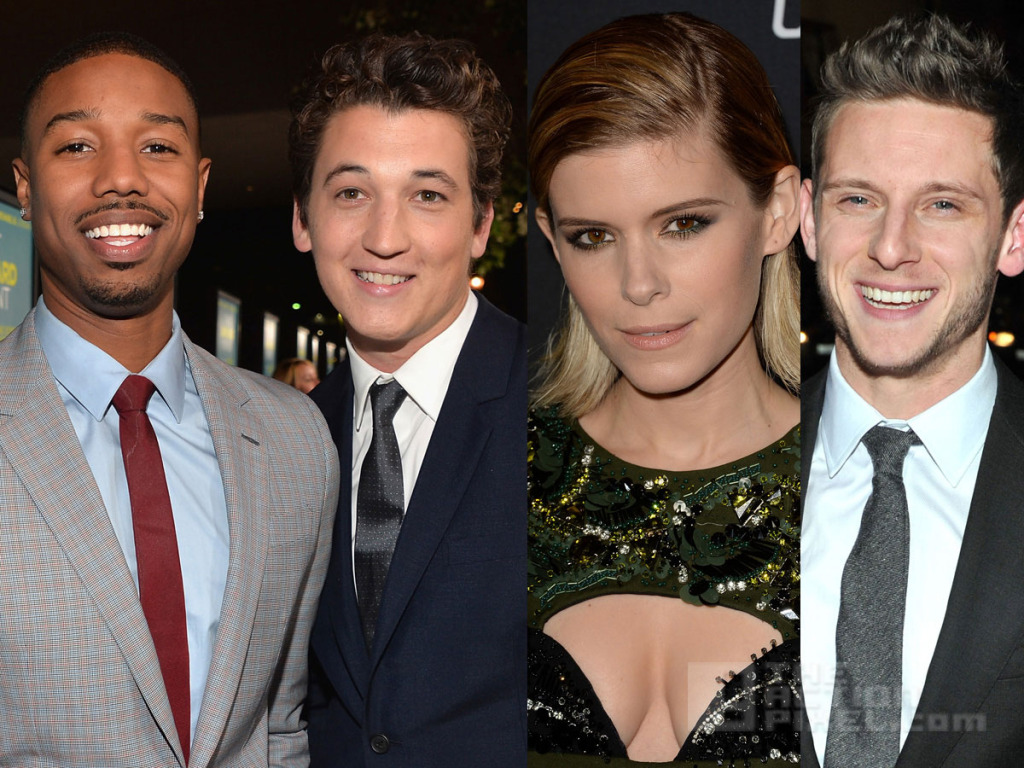 The Fantastic Four reboot is directed by Josh Trank starring Miles Teller as Reed Richards, Michael B. Jordan as Johnny Storm, Jamie Bell as Ben Grimm, Kate Mara as Sue Storm. Their names and likeness featured in issue 12 of Marvel’s The Punisher (2014) where he has them killed off in a series of explosions. Teller, Bell and Mara’s likeness are used and subsequently obliterated in a series of explosions in the comic issue.

Thank is referred to as “Thang” and Michael B. Jordan (who plays “Johnny”), who is not seen but mentioned. Possibly killed in the first explosion outside, seeing he may have been “stuck in traffic” but living “5 minutes away”, so he surely was in the vicinity. And obviously “Johnny” wasn’t shown, as that would be such a dead giveaway: 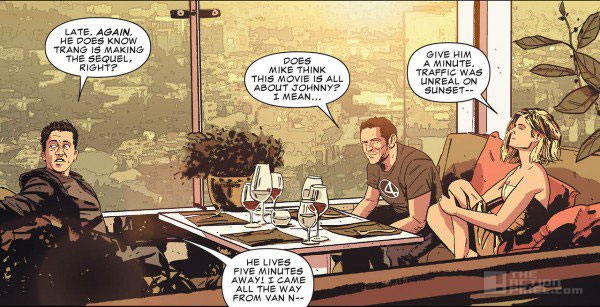 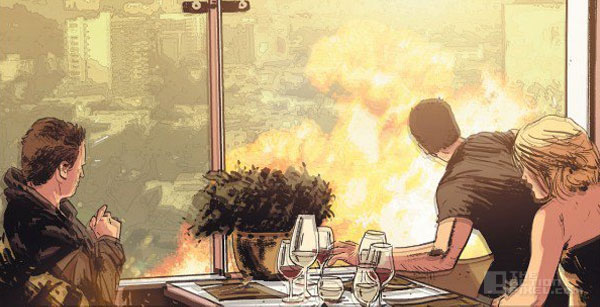 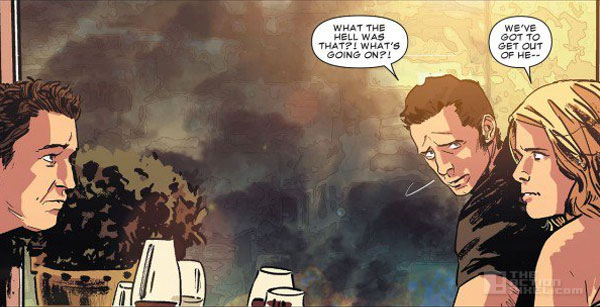 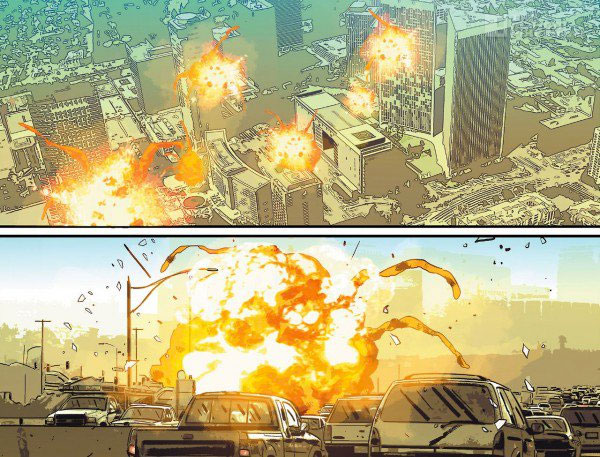 This to me is moronic for Marvel to be casting tongue in cheek hate on something that is of them, even if Fox currently has the film rights. No panels have been rendered by Marvel making fun of the previous Fantastic Four films that truly sucked, or of the Hulk films that could be way better. So what makes this reboot different we wonder, seeing it hasn’t even come out yet before being given the Caesar thumbing down. But to an extent we understand. Seeing how Marvel’s cinematic universe is starting to have a effect on Marvel Comics, maybe this introduction of a black Johnny is one PC quota too many. Because God knows Marvel don’t have a problem with retroactive continuity.

Marvel sold the rights. If Marvel wanted full control of the film rights to the likes of Spider-Man and Fantastic Four, then it shouldn’t have offed them to the highest bidder. That would have made perfect sense. Distancing yourself from your IP for a certain period is one thing, but peddling and giving into fanatic fanboy hysteria isn’t exactly the way to go either.

We’ve talked about this. Race and Sex being the final frontier of the comic universe. And apparently, Marvel Cinematic universe is even more stratified than it has ever been and not immune to the ignorance it itself spoke out against with the likes of X-Men. So much for that team-up.

And while I understand how hypocritical this post looks, with my questioning ‘disapproval’ of Gal Gadot as Wonder Woman, but it doesn’t mean I am boycotting Batman V. Superman. That’s just stupid. We all have judgements, but we eventually give films a chance, and if the narrative and acting compels wholly, we will be won over.

So say what you want about Fantastic Four, in the end, will eventually have its day. Like every other mediocre, average and superb film out of Marvel Studios. Whether the internet noise turns out to have any ounce of merit (as far as the ‘PC’ arguments) or if we will miss a real gem because of fanboy fanaticism, is still yet to be seen.

Return Of The Living Deadpool #1