News unveiled by Marvel recently painted a colossal, violent change coming to the Marvel Universe re: Secret Wars saga. This however isn’t as much a new series as it is a Cold War-styled extinction level event (we suspect as a means of streamlining productions between Marvel Studios and Marvel Comics [and getting around those pesky IP / film rights to the likes of Sony’s Spiderman and Fox’s X-Men and Fantastic Four]).

But if you are going to go out with a big bang and recreate the Marvel Universe, Marvel has chosen to do so in style bringing in Alex Ross to render the cover art. Alex is known for his lithe, busy renders, and there’s a lot of “who’s who” on the pubicly released Secret Wars cover art. So here are the covers decoded with every character named and which narrative arc they hail from. Enjoy: 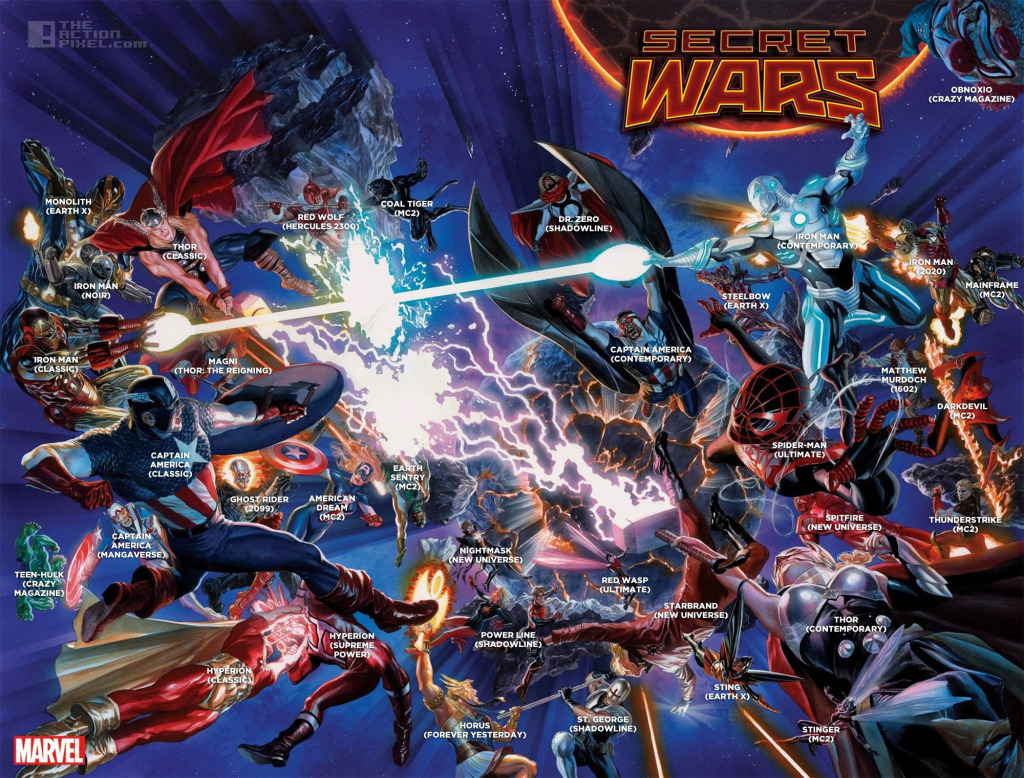 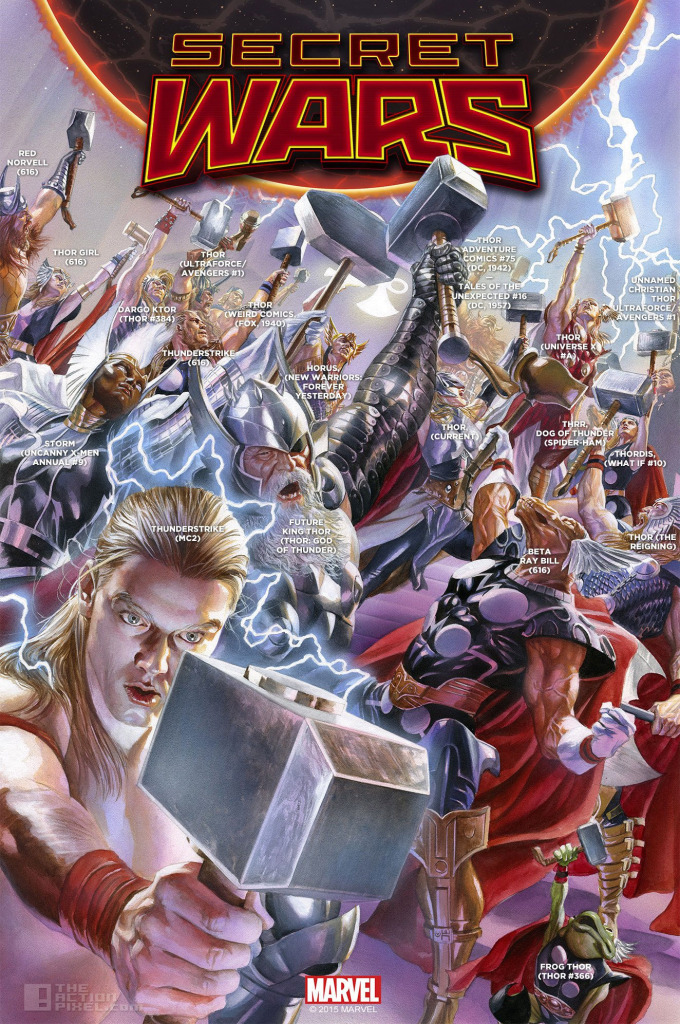 But the question still remains what is to become of the Marvel Universe once Marverl presses the big red shiny button. Can we expect a sprawling Battleworld that is a connecting premise and the setting to Marvel’s MOBA game Contest Of Champions? A Miles Morales Spider-Man taking the helm? The future is is bright, if not paralysing, as it is with new starts. So much can go right, and so much can go wrong. We hope though this move is a means of reinvigorating the stories hitting comic shelves, not an attempt to feed the Studio machine. And while I say this, it gets a bit worrying when you find out Marvel will be cutting back on comic production during the lifespan of the Secret Wars saga. Fingers-crossed Marvel hasn’t totally lost the plot.

A.K.A. Jessica Jones cast David Tennant as “The Purple Man”