Dreamworks revealed a new official trailer for their upcoming feature Home. It is based of the original novel by Adam Rex called The True Meaning of Smekday. Home’s synopsis details an alien race rounding up the human race as they hijack our planet. Charming:

When Earth is taken over by the overly confident Boov, an alien race in search of a new place to call home, all humans are promptly relocated while all Boov get busy reorganizing the planet. But when one resourceful girl, Tip, manages to avoid capture, she finds herself the accidental accomplice of a banished Boov named Oh. The two fugitives realize there’s a lot more at stake than intergalactic relations as they embark on the road trip of a lifetime. 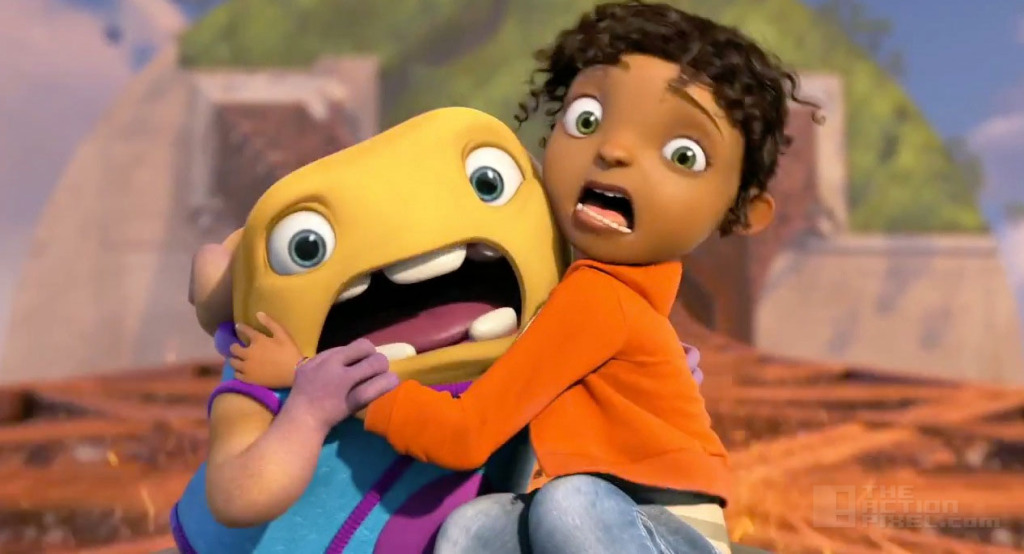 Check out the trailer for the feature, which looks good: