I personally remember reading my first graphic novel from the great Frank Miller, Sin City, A Dame To Kill For. A skilful display that can only be described as pop-noir (neo-noir if you want to get technical). His art and brand of storytelling is a unique amalgamation of pulp and classic. Like sour, extra pulpy orange juice. Mm. Vitamin C is good for you. Fights the mucus.

But on closer inspection, one of the greatest artisans of the graphic novel seems to have a problem with ageing. Gracefully anyway.

Age amplifies habits. And we all see how Frank portrayed the elderly as embittered, liquored up, a little sexist, xenophobic, and overall quite douchebaggy. That’s not even a criticism. It’s what one should expect from the pulp-y renders of Miller. Don’t get me wrong, I quite liked the portrayal of Batman in Dark Knight Returns as this old, brooding, Neanderthaloid juggernaut of violence and embitterment. Feathered and tattered clothing and all. Or how physical weakness is something that only the power of elderly hate and self-loathing could overcome. And almost all the old people have heart problems. Diabetes ain’t as cool to portray in panel art. But it seems his loose-styled artwork got away from him a bit as Frank climbs up in age, art and narrative-wise. Example? Robocop hips. 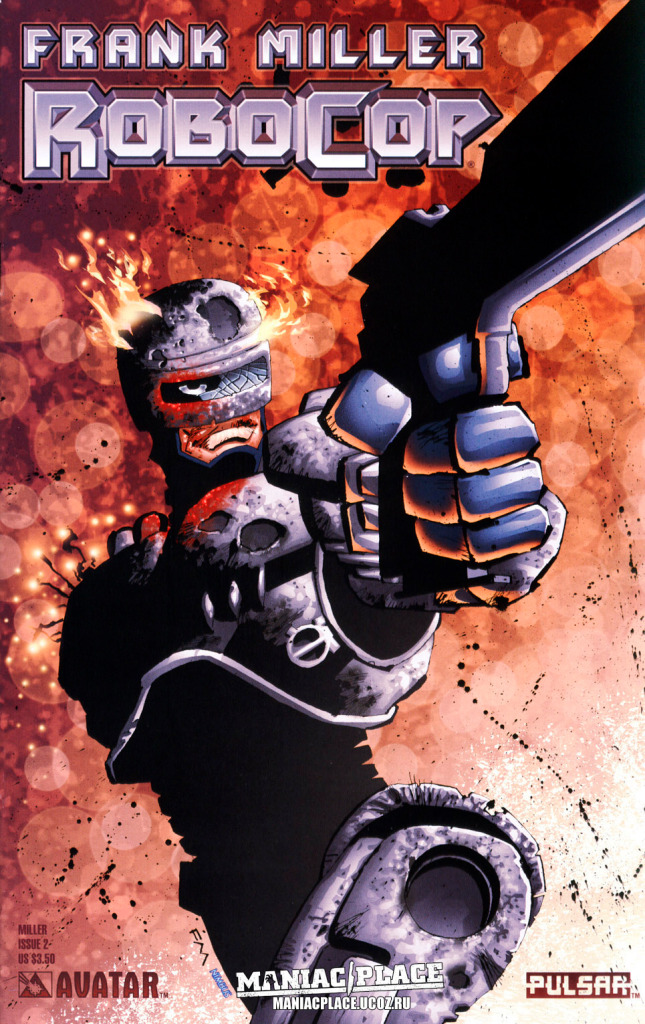 And from Dark Knight Returns to All Star Batman to Holy Terror ,  we really get the sense that Frank Miller either was raised by a drunk uncle, or a father who constantly talked about the good ol’ days when women had to know there way around a kitchen and the neighbourhood was still ‘Mer’ca. A senile Clint Eastwood if you will. And if you ever needed more proof, here’s a few pointers from Frank Miller on ageing:

1.) “Goddamn” Curse and ramble on like a “goddamn” scurvy-mouthed “goddamn” sailor. Feelings were meant to be broken anyway. Ain’t that right Robin, you retard?: 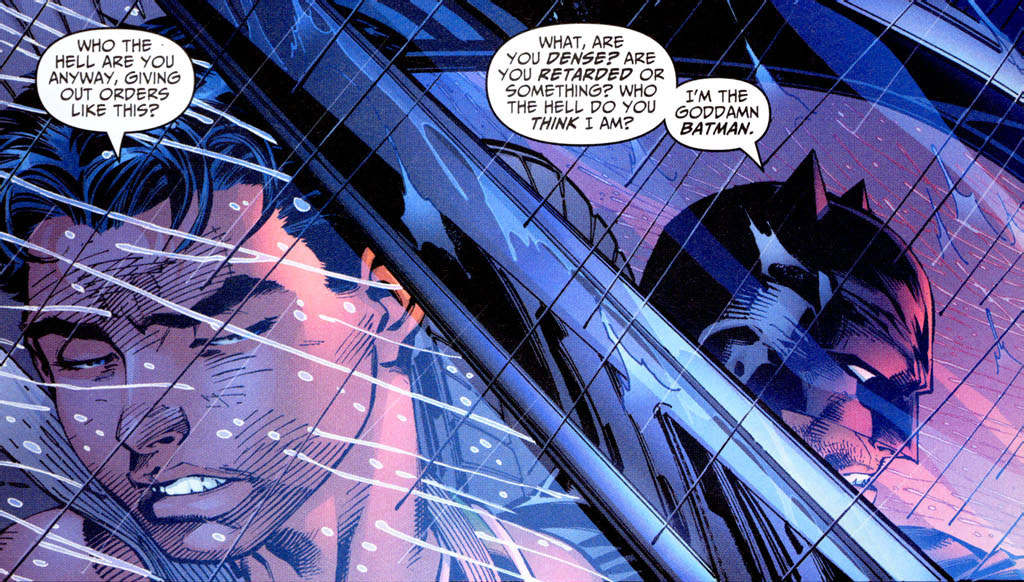 2.) “Hey tuts, that sammich isn’t going to make itself”. Unless you’re tied up, or stripping, or both, women are all ball-busting bitches. 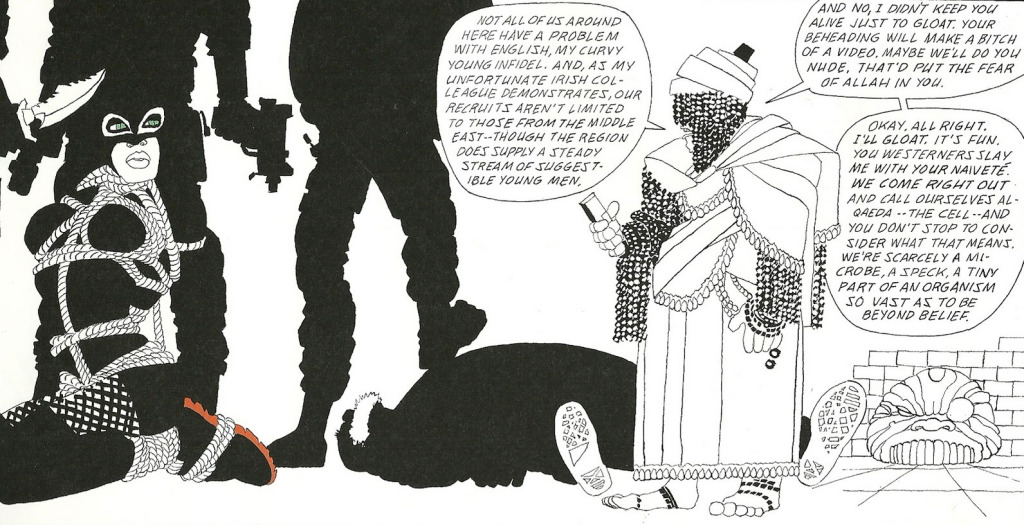 3.) Solving the world’s problems by punching your teeth down your f***ing throat.

Political End Games. Street Anarchy. Corrupt institutions and government. All proverbial nails that need their heads hammered in. It’s the fantasy that every old man has. Giving these young whippersnappers the business. 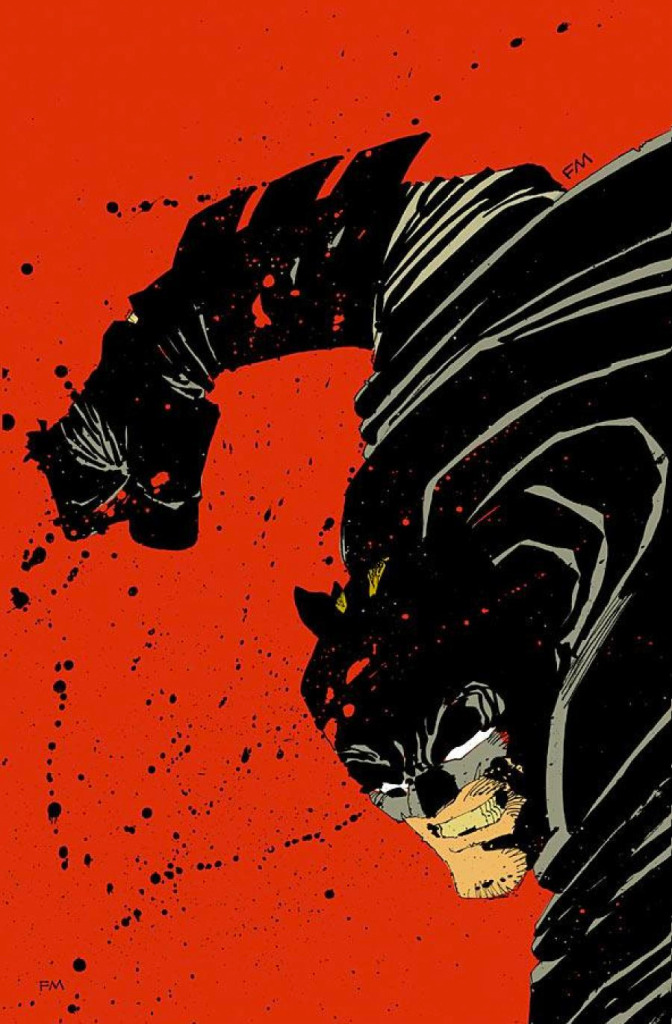 4.) Xenophobia, sounds like one of them diseases you get from those poor countries. Fear of the ‘Dark’, Islam and anything ‘other’ all captured in one panel from “Holy Terror” 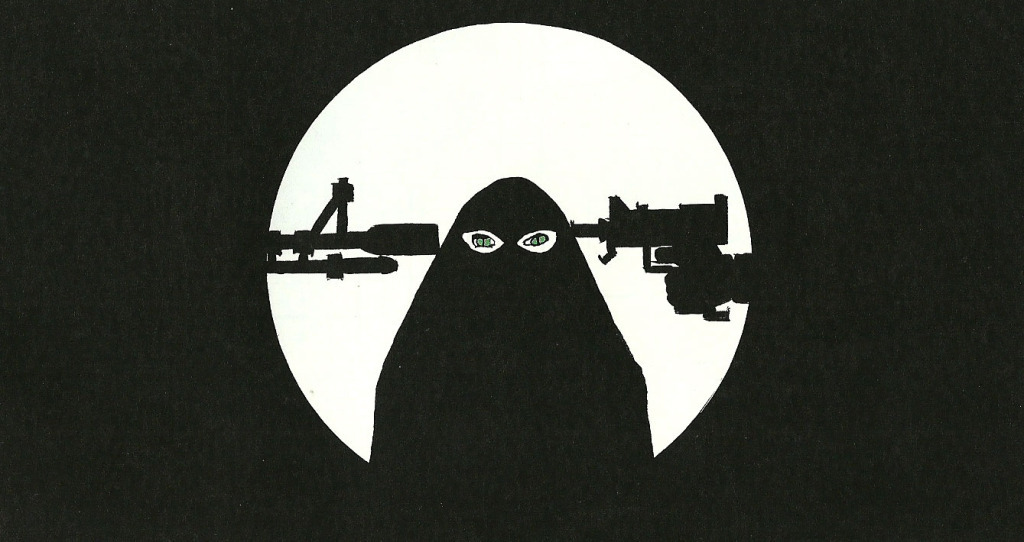 And before you all get all hormonal, (that’s my old age shining through, comparing your bitchiness to a PMS’ing female), this couldn’t in the slightest take away from the decades of art and stories Uncle Franky has contributed to the graphic novel. Surely:

“Wake up, pond scum. America is at war against a ruthless enemy (Al-Qaeda and ‘Islamicism’)… And this enemy of mine — not of yours, apparently – must be getting a dark chuckle, if not an outright horselaugh – out of your vain, childish, self-destructive spectacle (Occupy WallStreet movement).”

I’m sorry,  just… he hasn’t had his lunch before his liquor, so he’s a bit grumpy.