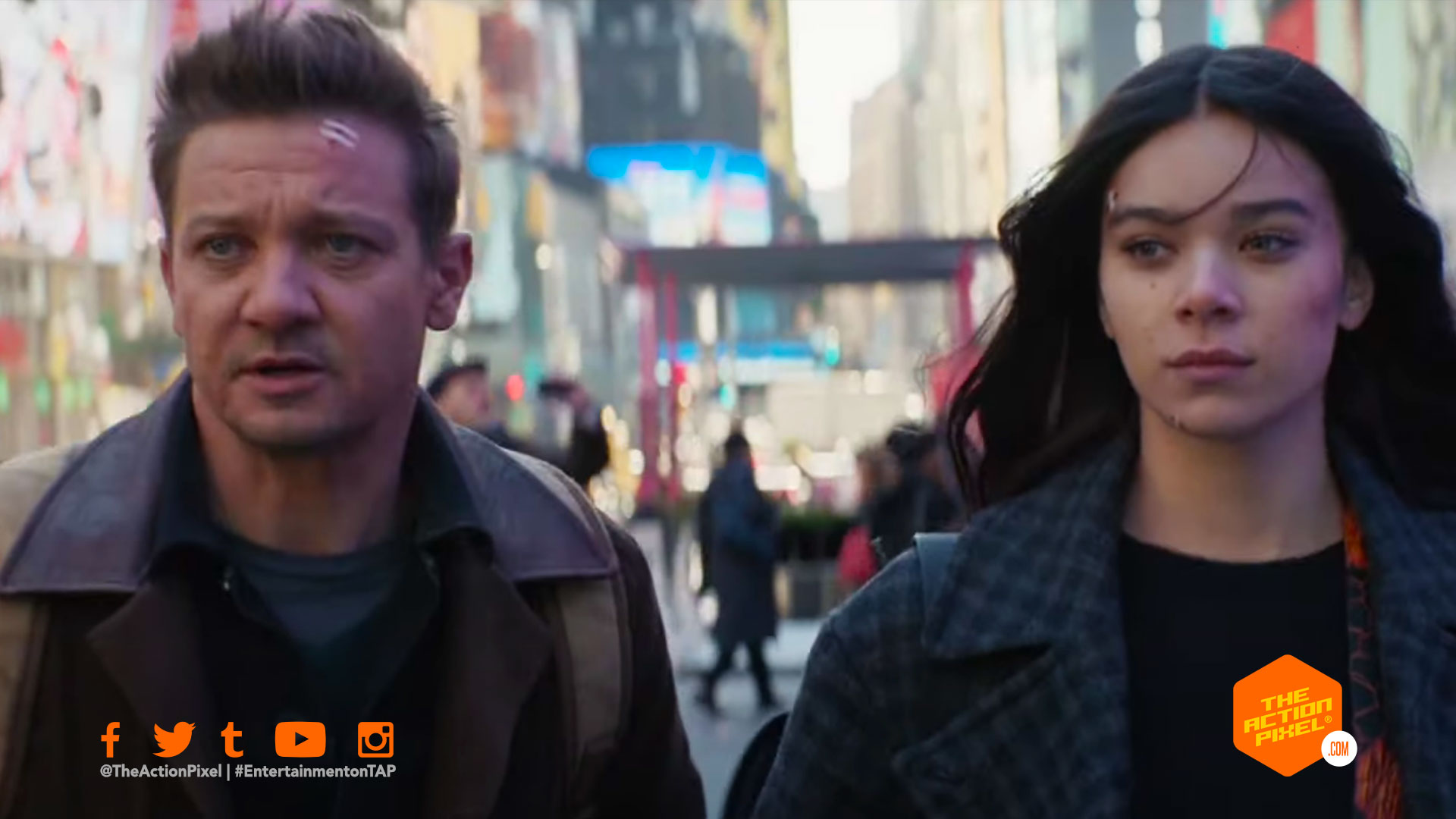 Festivities are in the air as Disney gives us a 101-lesson in the importance of branding with a clip from the coming Disney Plus-destined Hawkeye series.

And the fact that Cliff makes a tongue-in-cheek reference a Katniss from Hunger Games, he may need more than a bow and arrow to get his relevancy-stock up to compete with pop-culture. I’d avoid making any near-Nazi salutes, however.

In this day and age, it’s all about the branding. Check out the new clip from Marvel Studios’ Hawkeye, and start streaming the first two episodes November 24 on Disney+.

Watch the Marvel Studios’ Hawkeye clip “Branding Issues” in the player below:

Marvel Studios’ Hawkeye is slated to plremiere on Disney Plus beginning November 24, 2021

Marvel Studios teases their next batch of Disney Plus shows