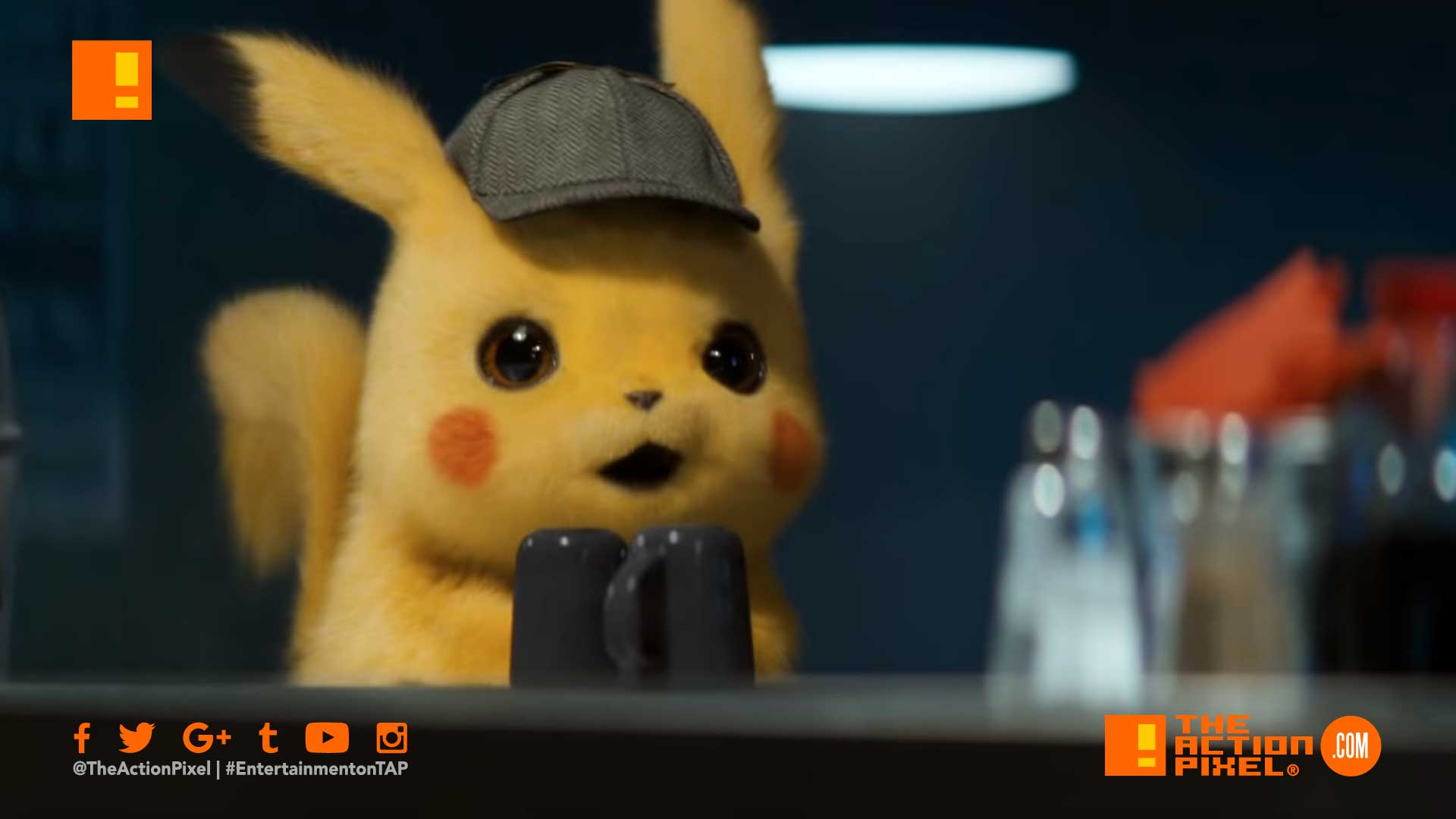 If Ryan Reynolds method acting chops did not kindle your anticipation for the forthcoming Pokémon Detective Pikachu movie, then surely this second trailer will.

The search is on as the world of Pokémon and Human merge in the form of a buddy cop movie set ease our addiction to catching them all. And our addiction to coffee. And that one that is a bit of a diva when you try to get him to submit to your pokeball.

Watch Pokémon Detective Pikachu trailer #2 in the player below:

Mewto. Well. Was not expecting a battle royale. But obviously we have no qualms.

The world of Pokémon comes to life! The first-ever live-action Pokémon movie, “POKÉMON Detective Pikachu” stars Ryan Reynolds as the titular character in the first-ever live-action movie based on the iconic face of the global Pokémon brand—one of the world’s most popular, multi-generation entertainment properties and most successful media franchises of all time. Fans everywhere can now experience Pikachu on the big screen as never before, as a talking detective Pikachu, a Pokémon like no other. The film also showcases a wide array of beloved Pokémon characters, each with its own unique abilities and personality. The story begins when ace private eye Harry Goodman goes mysteriously missing, prompting his 21-year-old son Tim to find out what happened. Aiding in the investigation is Harry’s former Pokémon partner, Detective Pikachu: a hilariously wise-cracking, adorable super-sleuth who is a puzzlement even to himself. Finding that they are uniquely equipped to communicate with one another, Tim and Pikachu join forces on a thrilling adventure to unravel the tangled mystery. Chasing clues together through the neon-lit streets of Ryme City—a sprawling, modern metropolis where humans and Pokémon live side by side in a hyper-realistic live-action world—they encounter a diverse cast of Pokémon characters and uncover a shocking plot that could destroy this peaceful co-existence and threaten the whole Pokémon universe. “POKÉMON Detective Pikachu” also stars Justice Smith (“Jurassic World: Fallen Kingdom”) as Tim; Kathryn Newton (“Lady Bird,” TV’s “Big Little Lies”) as Lucy, a junior reporter following her first big story; and Oscar nominee Ken Watanabe (“Godzilla,” “The Last Samurai”) as Lt. Yoshida. Directed by Rob Letterman (“Goosebumps,” “Monsters Vs. Aliens”), the “POKÉMON Detective Pikachu” creative filmmaking team includes two-time Oscar nominated director of photography John Mathieson (“The Phantom of the Opera,” “Gladiator”), production designer Nigel Phelps (“Pirates of the Caribbean: Dead Men Tell No Lies”) and Oscar-winning editor Mark Sanger (“Gravity”). Visual effects are by Moving Picture Company (“Wonder Woman”) and Framestore (“Guardians of the Galaxy Vol. 2”). Launched in 1996 to overwhelming response, the Pokémon brand is a global sensation that now encompasses a robust video gaming fandom with over 300 million units sold worldwide; the Pokémon Trading Card Game available in 11 languages with more than 23.6 billion cards shipped; an animated television series in its 21st season that is available in more than 160 countries; and over 20 animated films; as well as books, manga comics, music, toys, merchandise, and apps, including the wildly popular Pokémon GO, that has been downloaded over 850 million times and is enjoyed across the globe by fans of all ages.

Pokémon Detective Pikachu is slated for cinematic release come May 10, 2019

“Pokémon Sword” and “Pokémon Shield” announced for the Nintendo Switch