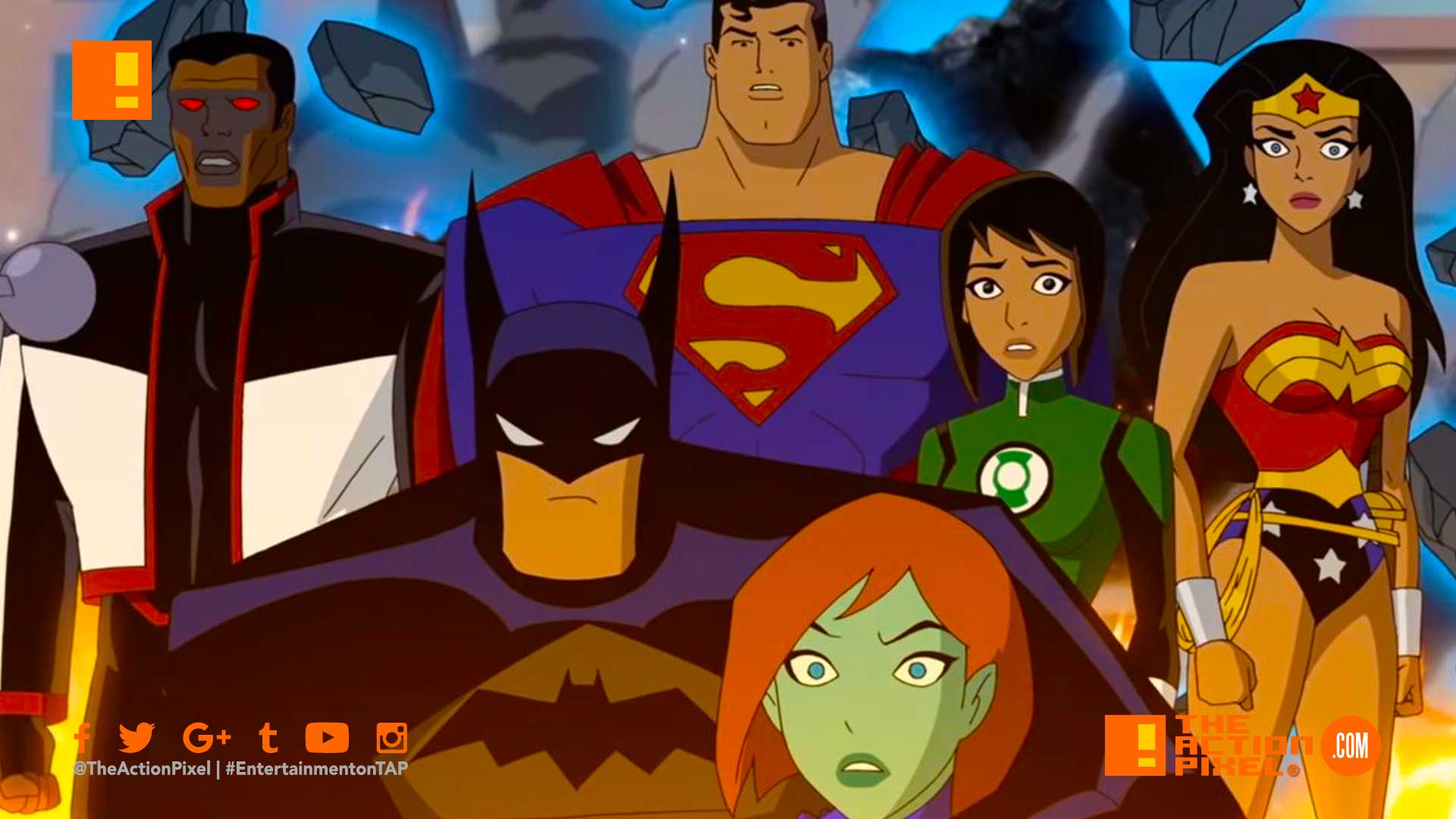 The legendary Bruce Timm, the gods gift to DC Comics and animation returns to fans the Justice League (Unlimited) style of DC character in the new featurette for Justice League Vs. The Fatal Five.

Justice League vs. The Fatal Five finds the fate of the earth hanging in the balance when the Justice League faces a powerful new threat — the Fatal Five! Superman, Batman and Wonder Woman seek answers as the time-traveling trio of Mano, Persuader and Tharok terrorize Metropolis in search of budding Green Lantern, Jessica Cruz. With her unwilling help, they aim to free remaining Fatal Five members Emerald Empress and Validus to carry out their sinister plan. But the Justice League has also discovered an ally from another time in the peculiar Star Boy — brimming with volatile power, could he be the key to thwarting the Fatal Five? An epic battle against ultimate evil awaits!