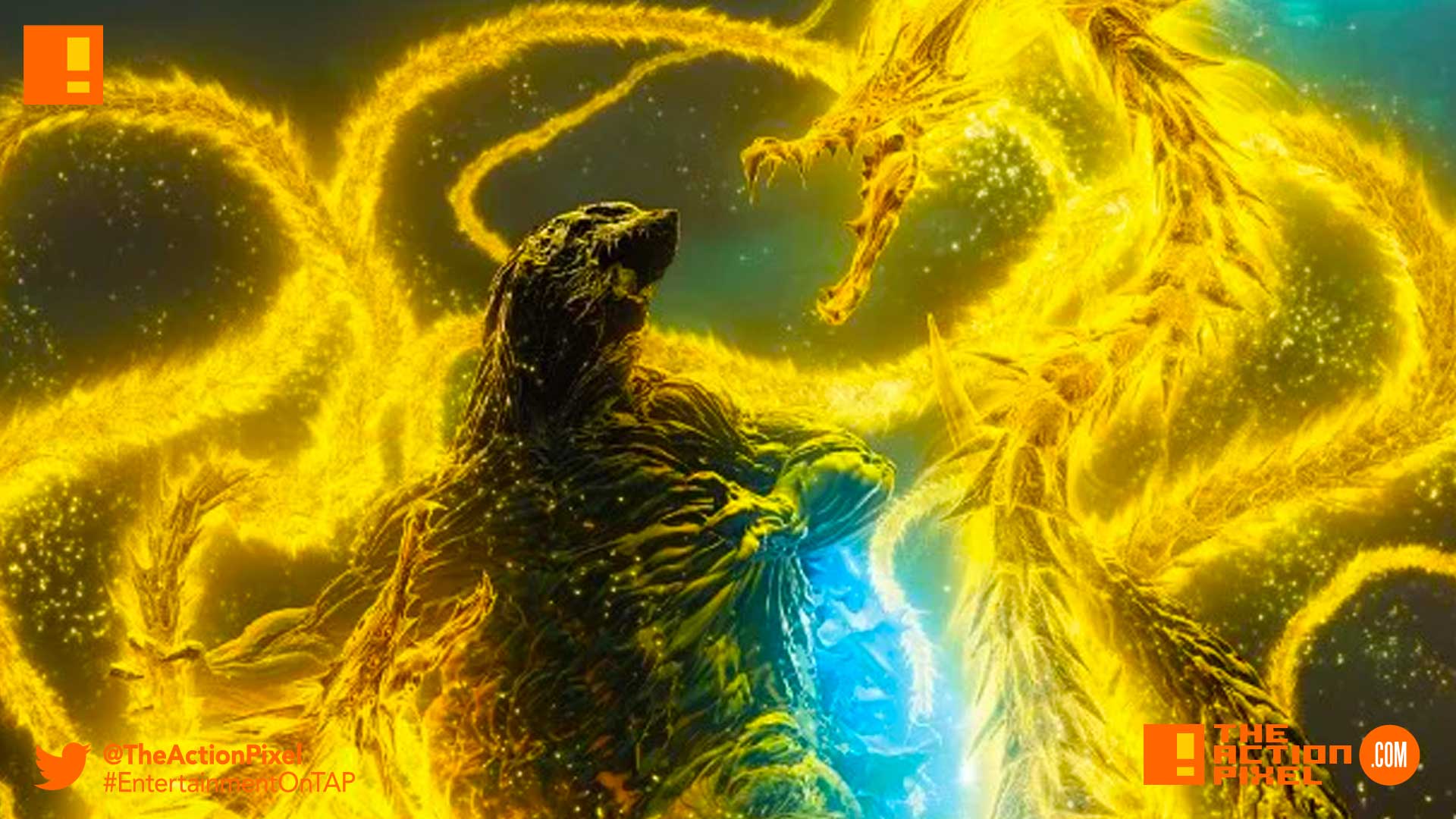 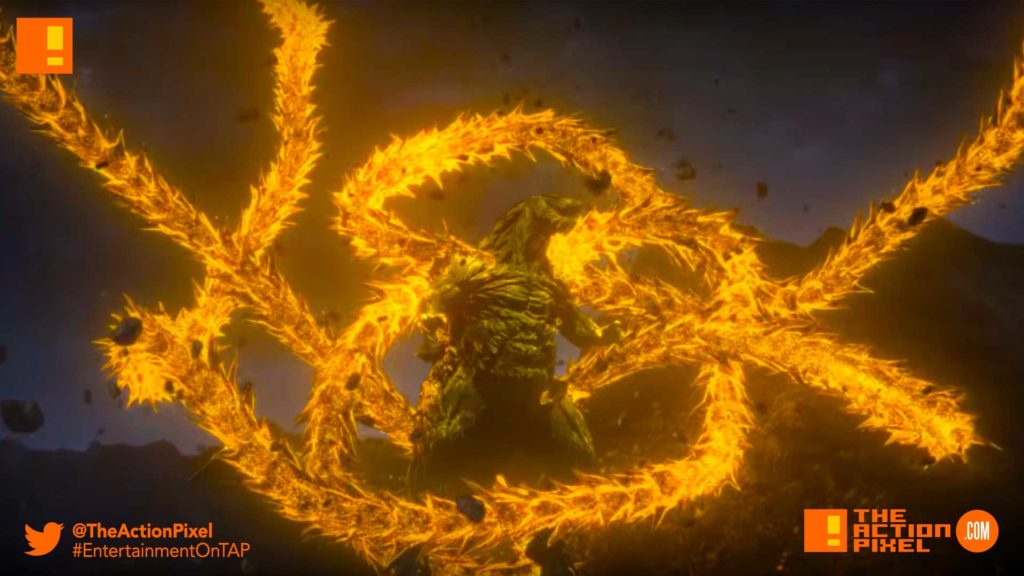 Godzilla cometh once again as a new instalment in the series from TOHO Animation is set to consume the entire planet, preferably in sizeable chunks. The third film is entitled Godzilla: Planet Eater.

The two previous movies, Godzilla: City on the Edge of Battle and Godzilla: Planet of the Monsters, are currently on Netflix (and are so-so at best).

Godzilla: Planet Eater will feature some form of King Ghidorah and premieres in Japan come November 9th. The English-dubbed version of the anime is expected to appear on Netflix some time shortly after.

20,000 years into the future, the Earth is ruled by Godzilla. Pitted against him are the straggling remnants of the human race. The final chapter, GODZILLA:The Planet Eater, finds the Mechagodzilla city, the peak of scientific evolution and mankind’s best hope, burned to cinders. Godzilla Earth reigns supreme but he has one more challenge: the winged creature, KING GHIDORAH.

Plus check out the poster art: 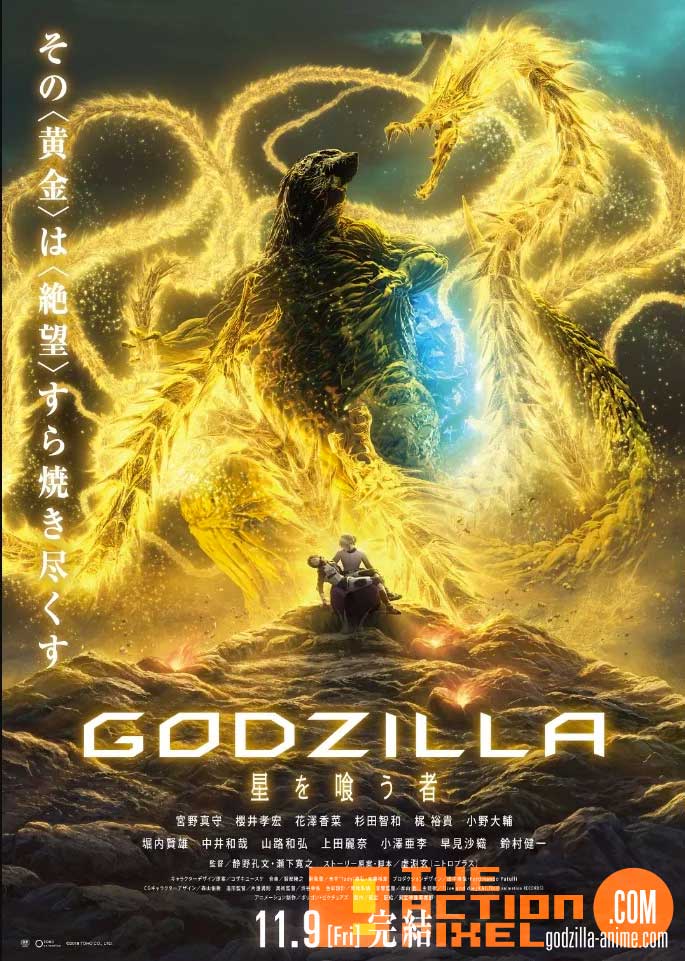 HBO’s “Watchmen” teases us with a first look cinemagraph image