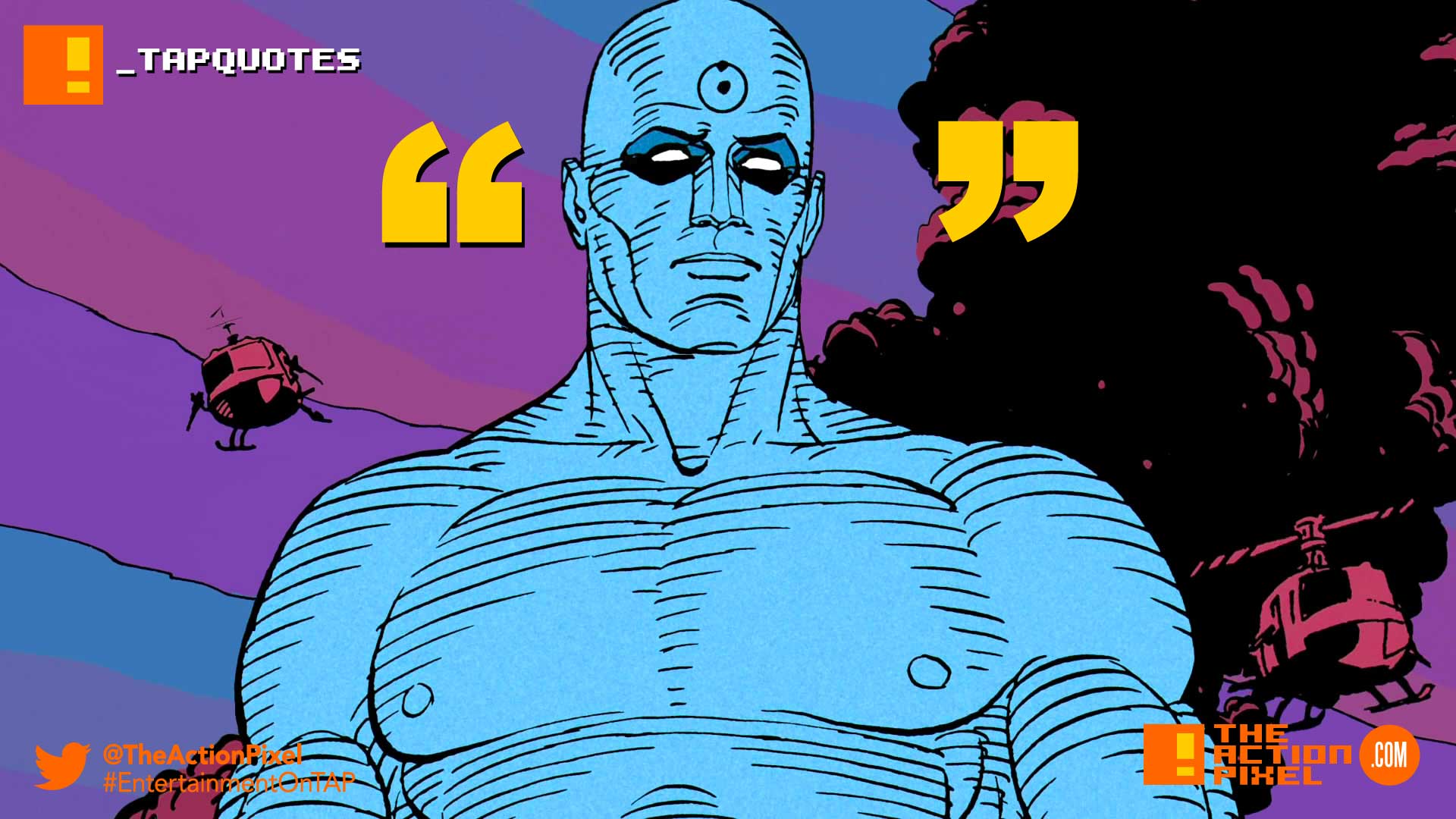 “We’re all puppets, Laurie. I’m just a puppet who can see the strings.” 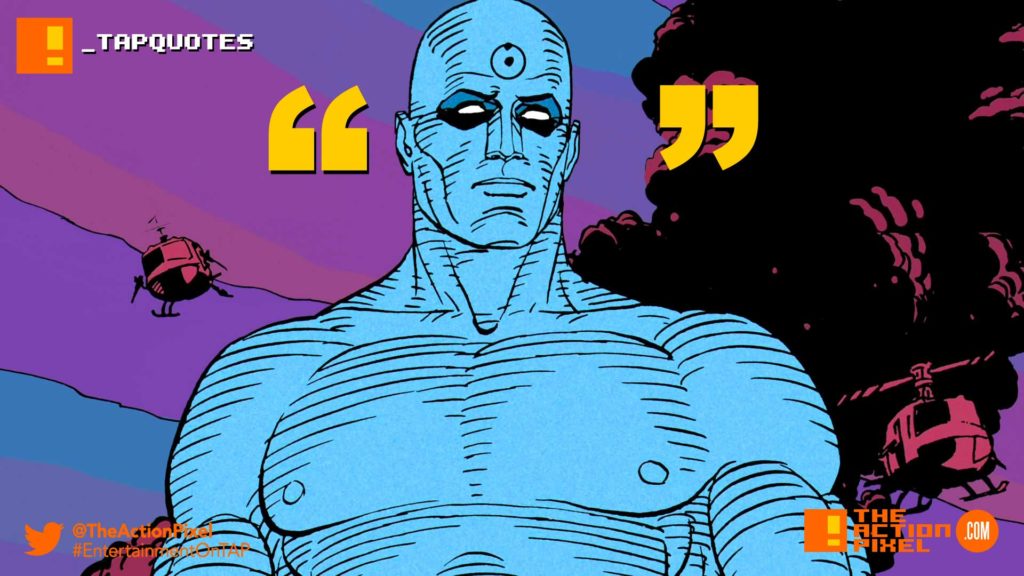 It was always a line that stuck with me when reading Alan Moore and Dave Gibbons tour-de-force of a graphic novel – Watchmen. And it is a common thing I find with Alan Moore’s work, where philosophy and complex ideas get compacted into these relatively short sentences and prose that makes you give that ugly rap face… you know the kind, where you hear a creative, “hard” bar and contort your face like you smelled something foul. Just off the strength and impetus created from the arrangement of a few words. Moore is truly a spellcaster.

Watchmen‘s Dr. Manhattan is one of the most powerful characters in the Watchmen universe, save for the Comedian. It is the Comedian that is the catylist that creates a chain reaction of events that affected and transformed every life that he touched, scarred and raped. That in itself is a whole other discussion. It is Dr. Manhattan however, who manages to not be swallowed up in the ebb and flow of confusion crafted by Ozymandias’ devious scheme. Well, not fully anyway. 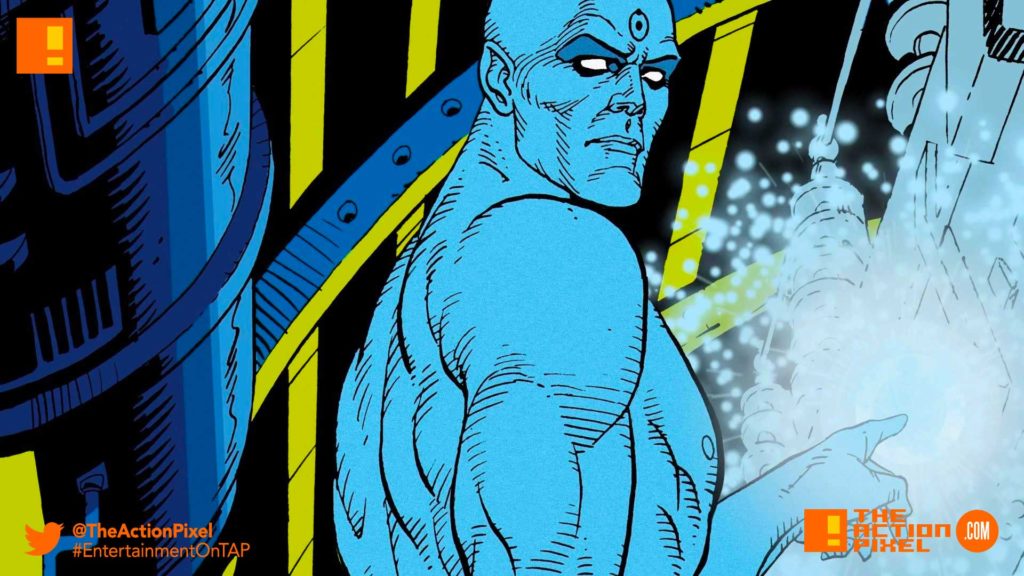 And while Manhattan’s continued detachment from reality, or should we say, the reality of societal and behavioural ‘norms’, it was Dr. Manhattan’s ability to step back (all the way to frickin’ Mars) and contemplate on the intricacies of his environment and, by extension, his life that gives also gives him the ability of great insight. It’s like observing a painting in a museum. Stand too close and your view is narrowed – a narcissistic blotch of paint that signifies little in the grand scheme of things. But step back, you can observe the painting in its entirety. But when the observer has obtained the power of a god, his vantage point has even greater scope.

However, despite his ability to teleport at will, unravel the anatomy of man and objects by the apathetic gesticulation of the hand and his ever-widening detachment from humanity, Dr. Manhattan observes he still faces the same predicament of his lessers. He is still controlled. Still a creature of habit and sentiment. Still a creature manipulated and dictated to through the matrix of chaos and grand design. Still questioning whether a god exists, or if the universe was formed out of nothing by means of explosive violence. There is doubt. Which still makes him very much human at the core.

Here, however, is where the difference lies between Dr. Manhattan and his ex-lover Laurie. He acknowledges the things that control and mould his movements in the world. He doesn’t repress the memories of an alcoholic mother like Laurie. Nor the information that she could have deduced earlier that she was the child of rape – the daughter of the Comedian. He sees everything. The strings that bind and control. Even if he can’t clearly see if the puppet master is Murphy’s Law or an indifferent god. In the end, Dr. Manhattan still knows he is a slave to the ebb and flow of an unseen hand.

This, surely, is the first step towards earning one’s freedom. Who knew through a scientific approach of observation and quantifying that one could receive a higher level of enlightenment?

We only hope that HBO’s Watchmen TV Series planned for 2019 will have little gems such as these. 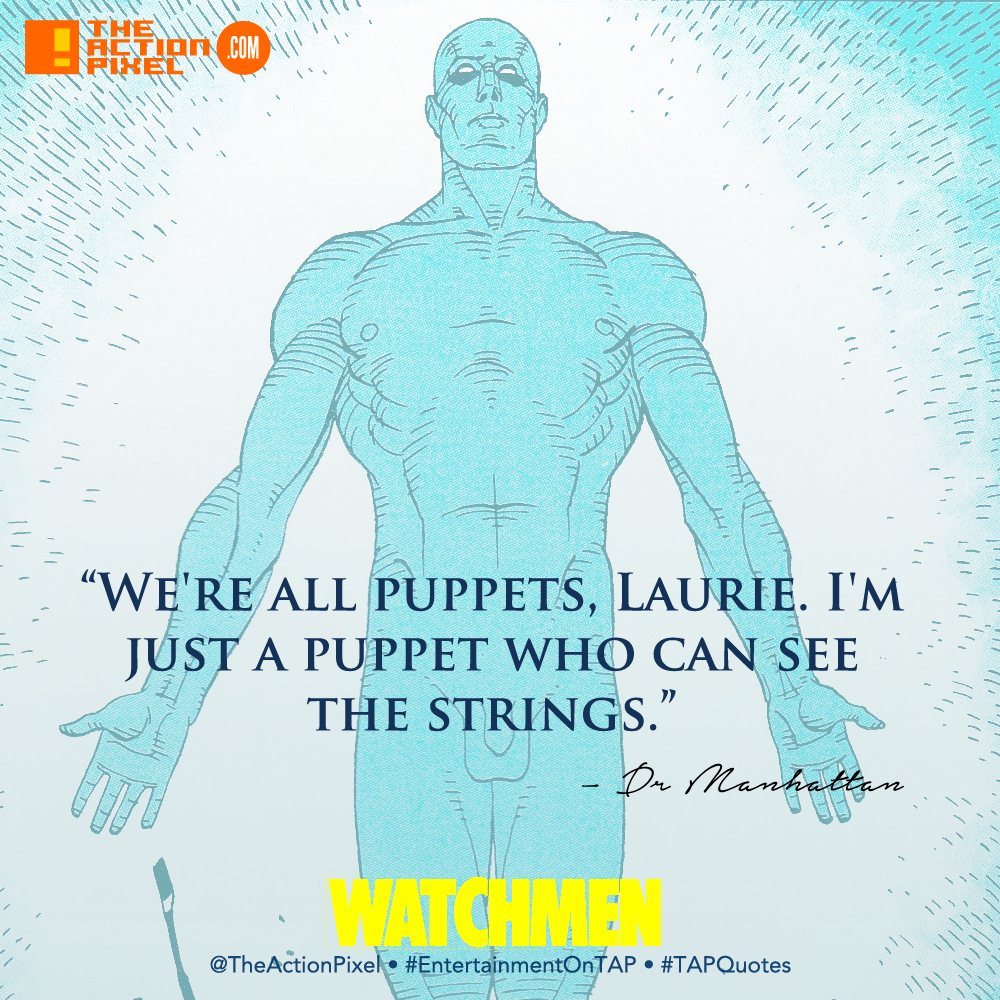