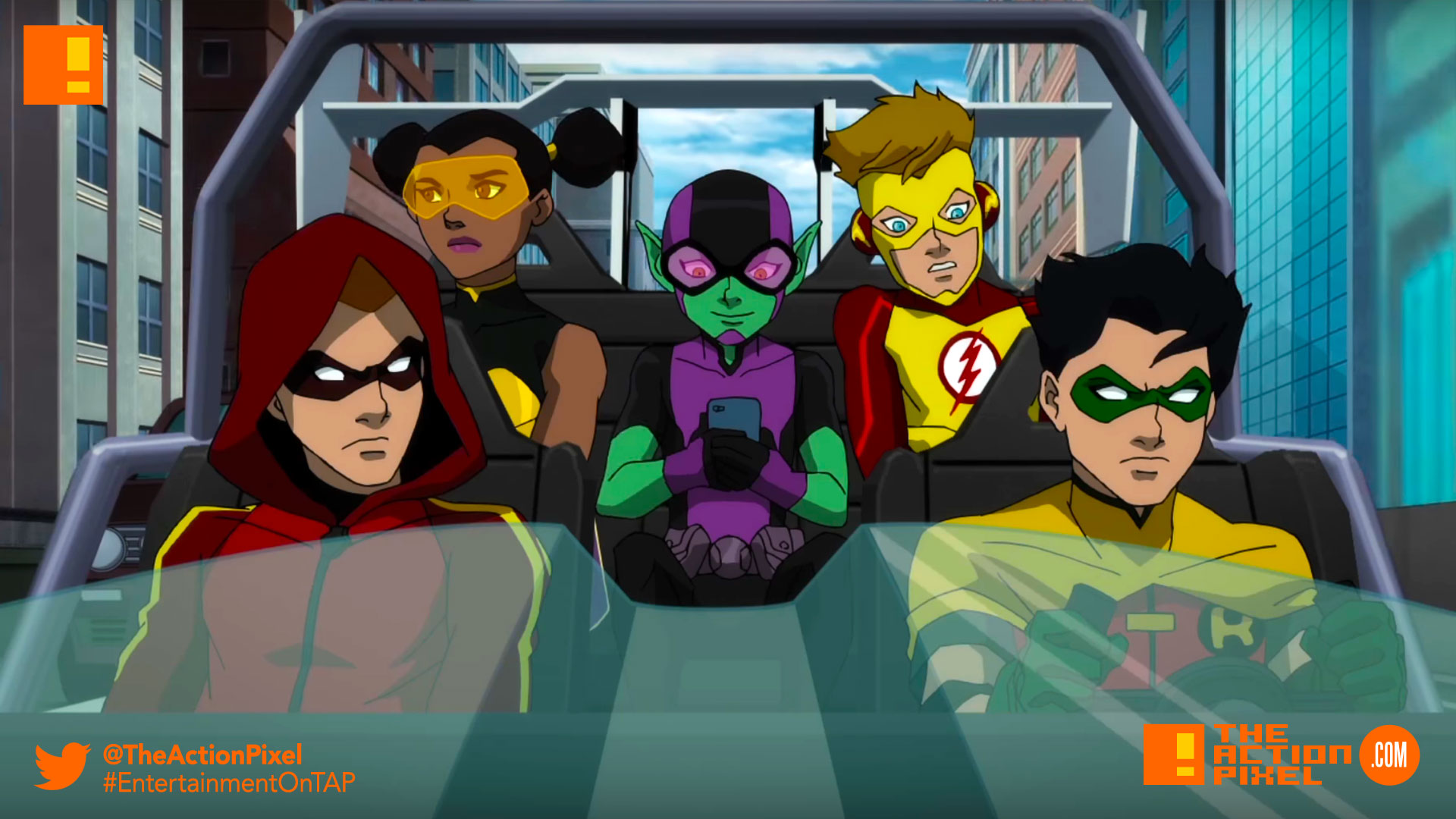 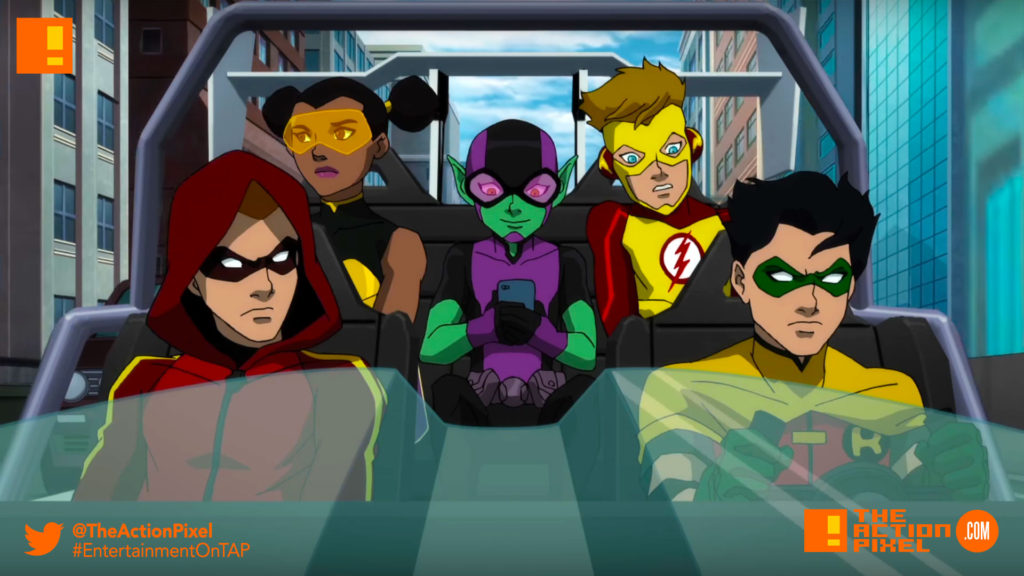 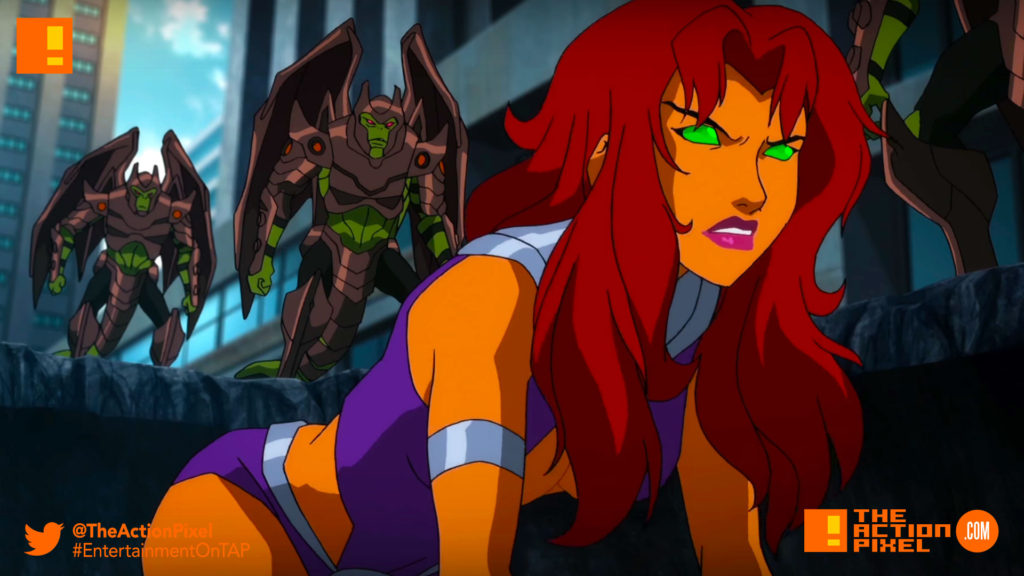 And it looks like the Titans are about to enter an alien brawl which ultimately will have a green eyed orange skinned alien bombshell added to their ranks.

Watch the Teen Titans: The Judas Contract Exclusive 4+ min Teaser Clip in the player below:

Teen Titans: The Judas Contract will be available from PlayStation Store from April 4th 2017

Even heroes hate taking the stairs in new “Defenders” promo

“Injustice 2” is all claws in new Catwoman trailer