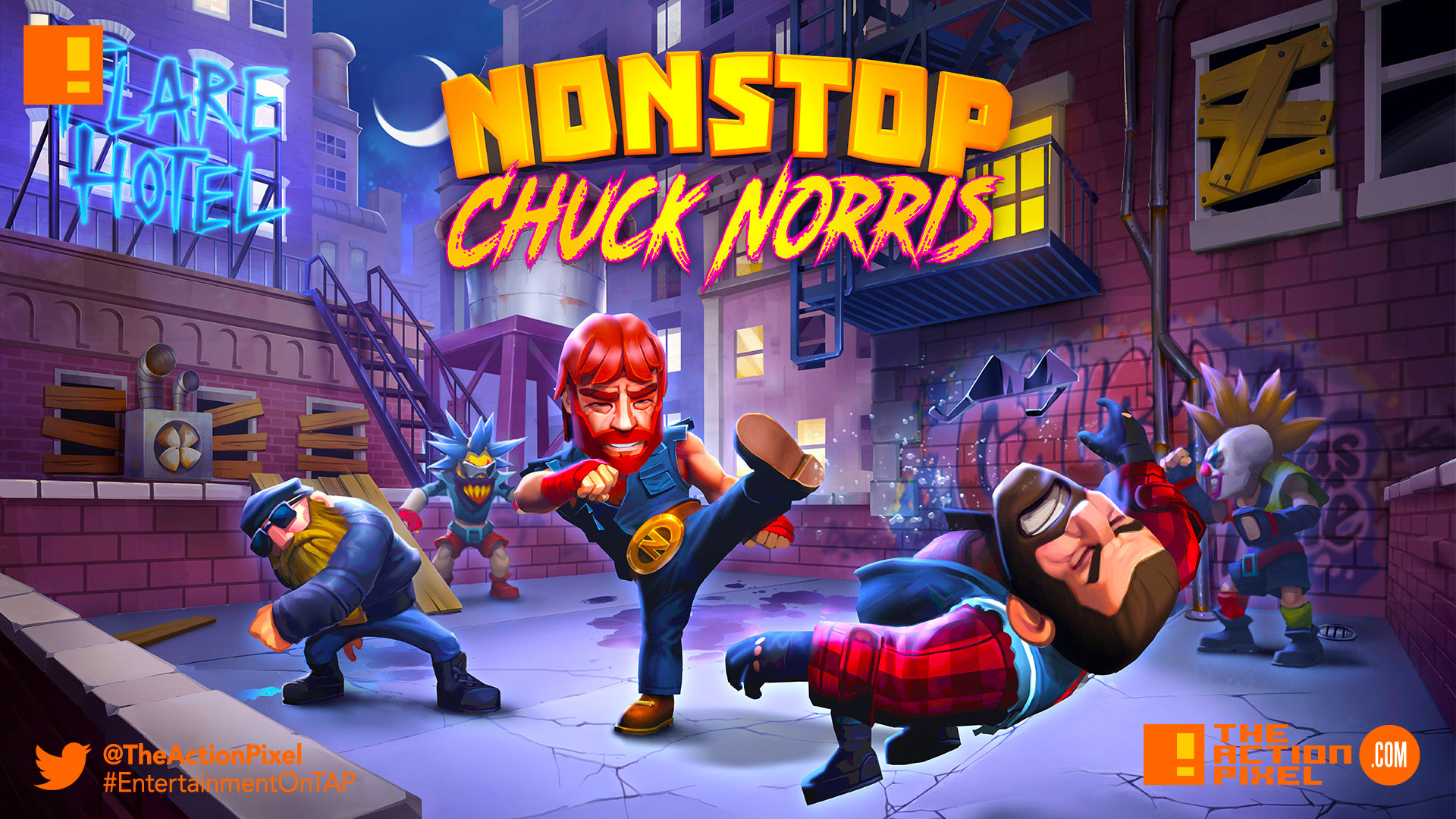 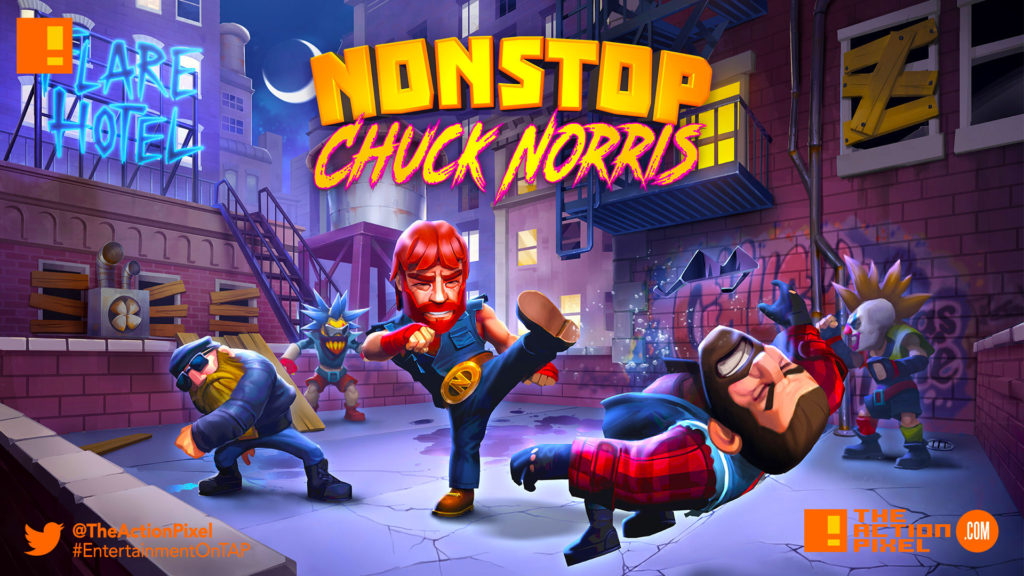 When you’ve been a seven-time world karate champion, gone toe to toe with Bruce Lee as part of a distinguished movie career, and been the subject of thousands of Internet memes relating to your super-human powers, it’s fair to say you’ve won at life. But to celebrate his 77th birthday, action hero Chuck Norris has ticked off another achievement by getting a video game company to make a mobile game…about himself!

Nonstop Chuck Norris is an action game for mobile devices (iOS, Android) set to release worldwide in late April. Downloadable for free, the game will allow you to harness the unstoppable power of Chuck Norris, with your role being to act as a sidekick to the man himself. In this (literally) nonstop adventure, assist Chuck Norris as he travels through multiple universes, fighting an infinite horde of punks and all-round bad dudes while collecting jokes and facts about his legendary status. In addition, power-up Chuck Norris with wacky weapons such as foldable chairs, chainsaws and even selfie sticks, and unleash signature moves such as roundhouse kicks and fist slams.

“The game’s a whole lot of fun and I hope my fans enjoy playing it.”, said Chuck Norris. “It’s a tough job to be my sidekick and I hope players are up to the challenge!”

The team behind this action-packed new adventure is flaregames, a mobile gaming publisher based in Karlsruhe, Germany.

“It’s a video game maker’s dream come true to be able to make a game starring Chuck Norris,” said Klaas Kersting, flaregames CEO and founder. “We want this to be a game that anyone can pick up and play, and one way we’ve approached this is by making the game playable offline, as well as having Chuck Norris fight even when players have turned off their phones. It’s just one way of bringing to life the immense energy that Chuck Norris has shown throughout his amazing career, which no normal person could ever compete with!”

Nonstop Chuck Norris will be available to download in April.


Ad as we have always imagined, Norris knows how to conduct business the right way. Keep that in mind when when you go to your next interview youngin’s. Or if you have developer problems.