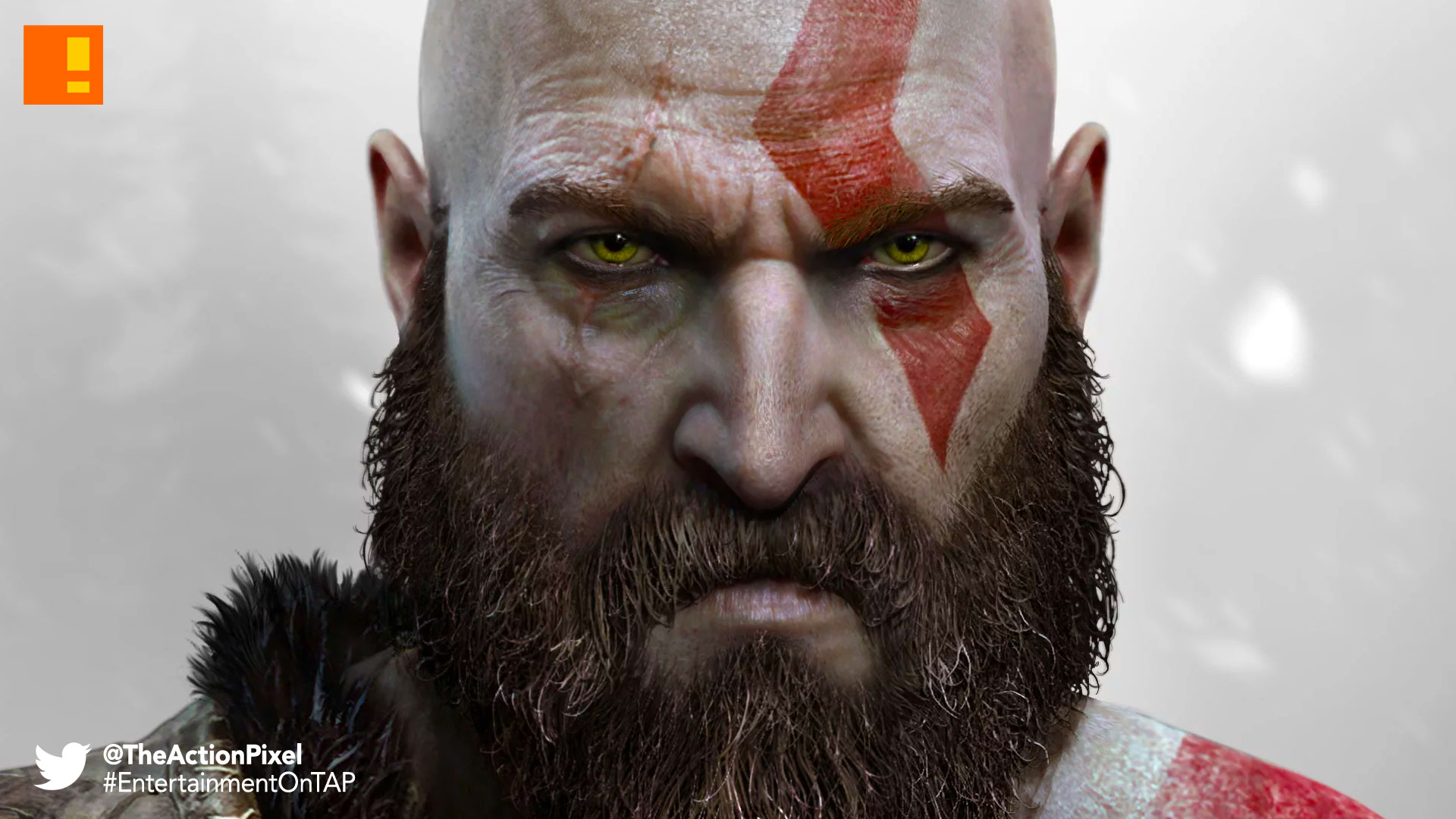 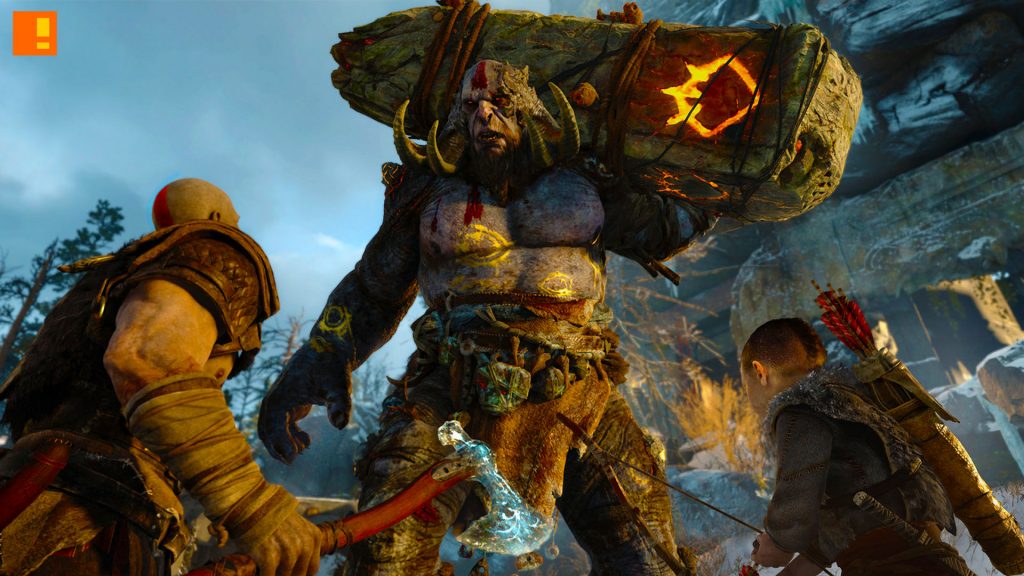 New God Of War images and production art has surfaced detailing the look of Kratos and his god-like beard alongside his son. 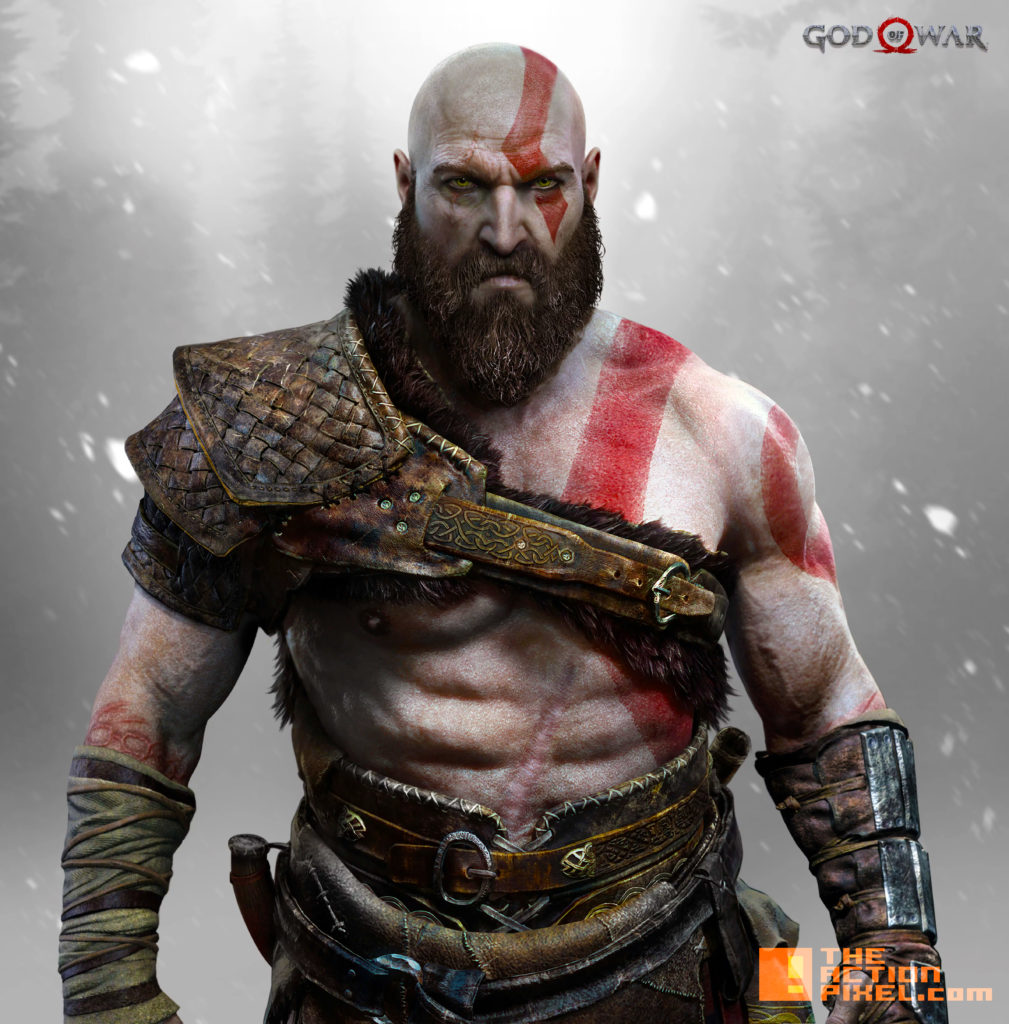 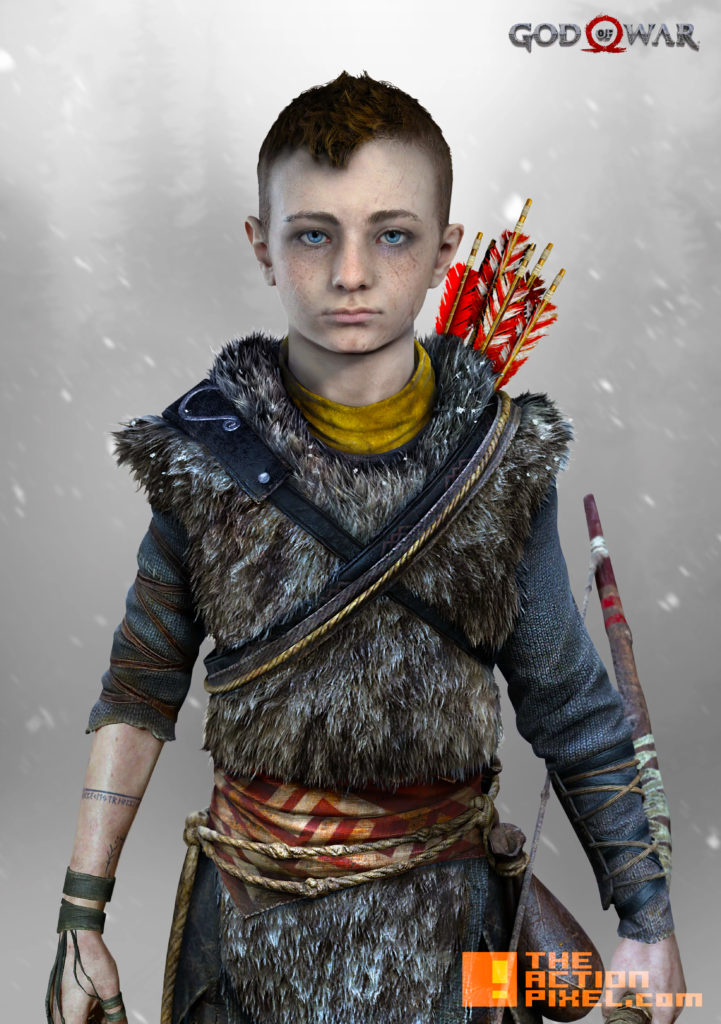 What happens when a legend is freed from the gods? In God of War, Kratos is back, and he’s now mortal, a man living with his son as he fights those who would disrupt his new life. Defeat the demons that plague him as he discovers who he really is in God of War.

His vengeance against the gods of Olympus far behind him, Kratos now lives as a man in the lands of Norse Gods and monsters. It is in this harsh, unforgiving world that he must fight to survive… and teach his son to do the same.

As mentor and protector to a son determined to earn his respect, Kratos is faced with an unexpected opportunity to master the rage that has long defined him.

Set within the untamed forests, mountains, and realms of Norse lore, God of War features a distinctly new setting with its own pantheon of creatures, monsters, and gods.

With an intimate, over-the-shoulder free camera that brings the action closer than ever, combat in God of War is up close, frenetic, and unflinching. Kratos’ axe — powerful, magic and multi-faceted – is a brutal weapon. 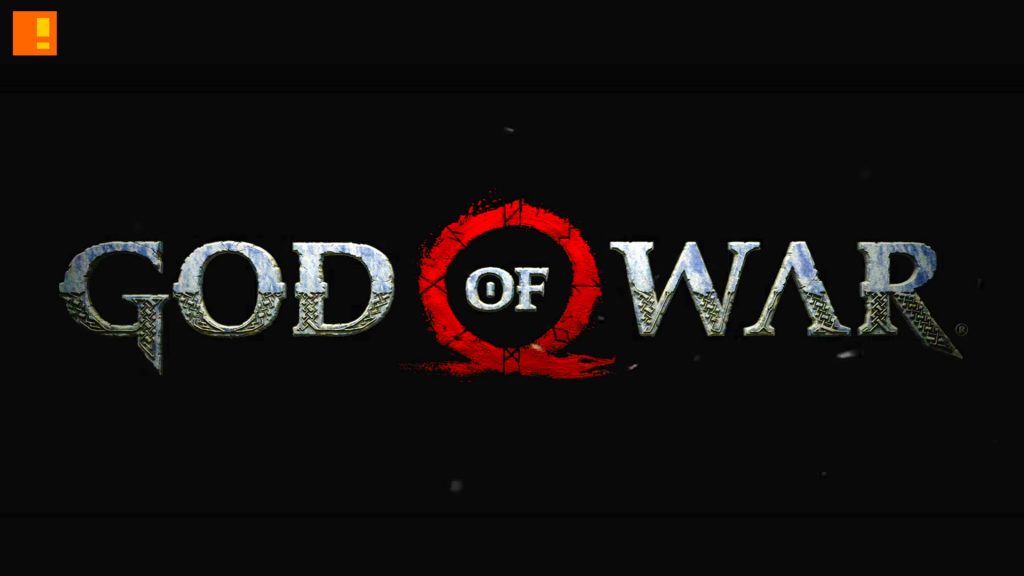