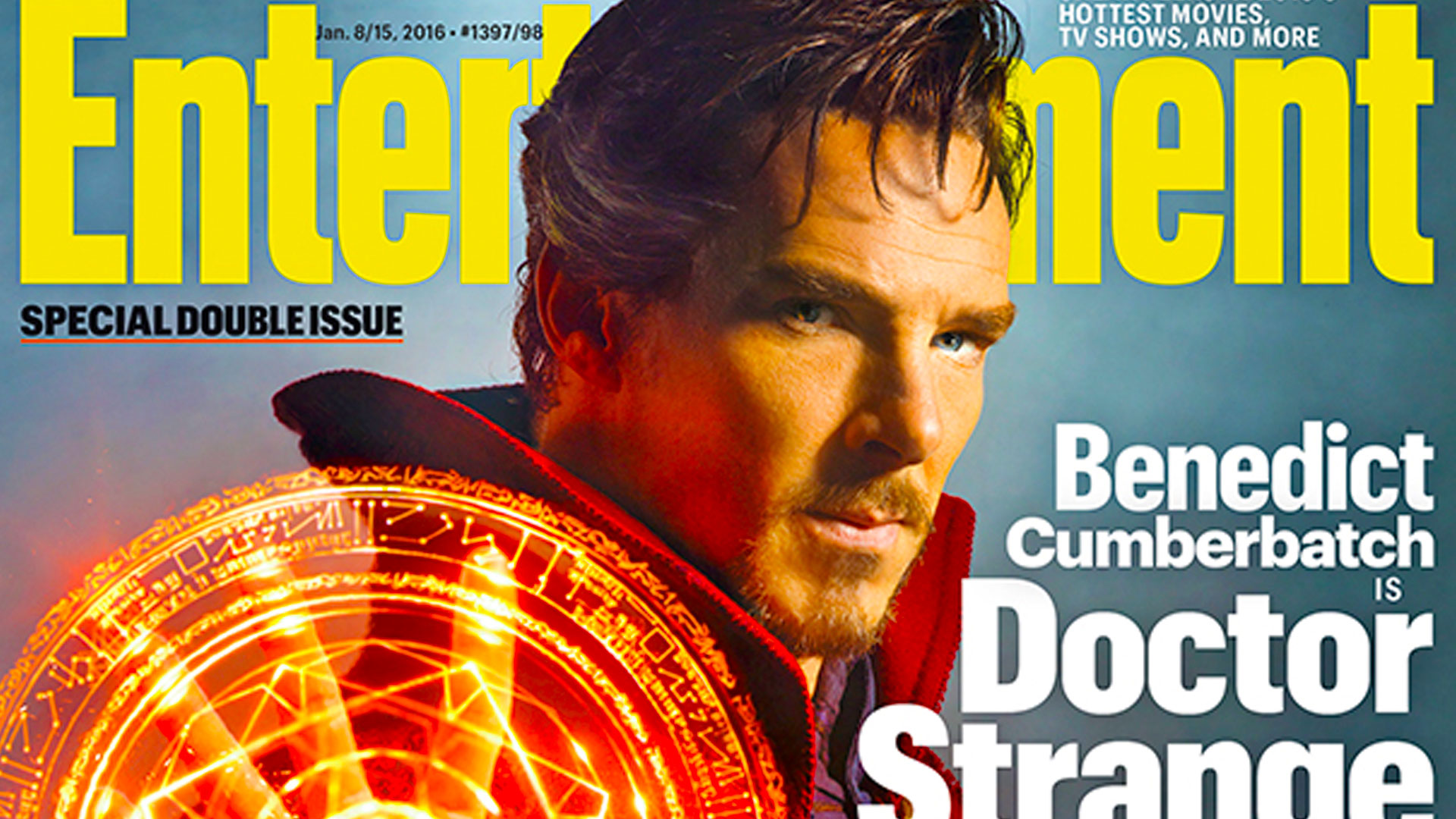 Entertainment Weekly has given a long waited first look at Benedict Cumberbatch in full garb as Marvel’s Doctor Strange. Check out the first look cover of the magazine: 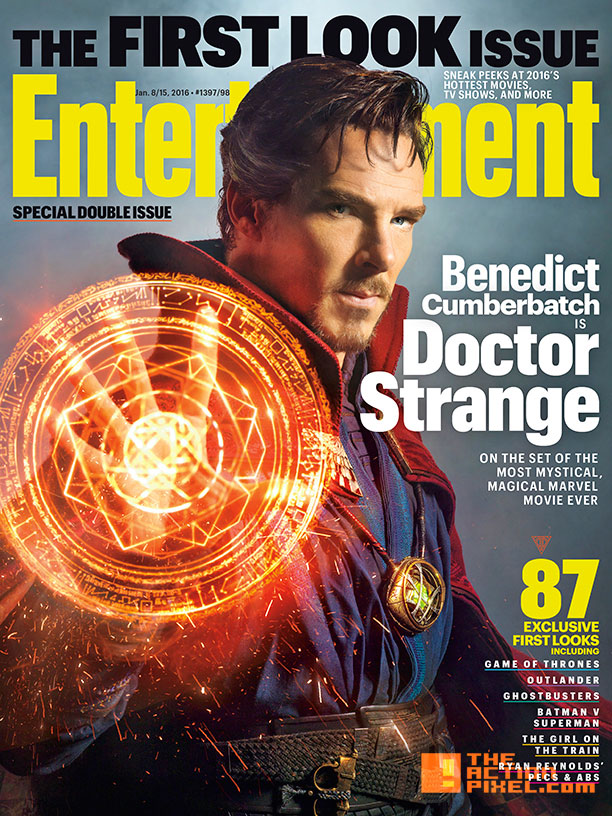 Well, that’s quite official if we do say so.

And seeing Cumberbatch has yet a lot of spellcasting left to do, intwining and gesticulations similar to that of a supernatural gang affiliate throwing up gang signs, Cumberbatch spoke on getting use to the whole routine:

I’m still in the infancy of learning all that. It was like, okay, I’ve got to keep throwing these poses, these spells, these rune-casting things, everything he does physically. I’m thinking, there’s going to be a huge amount of speculation and intrigue over the positioning of that finger as opposed to it being there, or there. And I’m still working on that. We haven’t played any of those scenes yet. I felt really self-conscious. But, then, by the end, it was great. It’s like anything, you just have to experiment.

“Doctor Strange strutting his stuff. Check him out. What do you guys think? Can we expect so ‘Full Metal Alchemist’-styled spell casting? Let us know what you think in the comment section