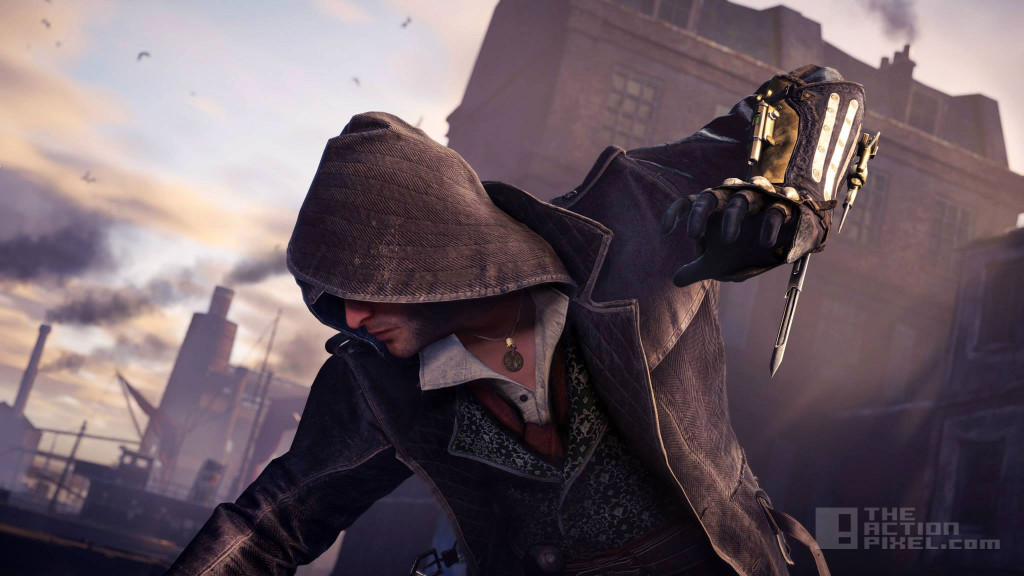 Now a trailer has dropped which shows of the real boogie man of Victorian London: Jack The Ripper, who will feature in an all-new campaign for Season Pass holders and is available in the Assassin’s Creed Syndicate Gold Edition.

See the Assassin’s Creed Syndicate Season Pass – Jack The Ripper Trailer in the player below:

Kudos if they bring in a From Hell, Royal Family/Battenburgs angle.

London. 1868. The Industrial Revolution. An age of invention and prosperity, built on the backs of working class slaves. As gangster assassin Jacob Frye, you will recruit your gang to fight for justice on behalf of the oppressed working class. Lead the underworld to take back London in a visceral adventure filled with action, intrigue and brutal combat.

Key Features of the game include:
– Put up your dukes and play as the first gangster assassin at the birth of the modern age, Jacob Frye. Unleash your arsenal of weapons, including the kukri knife, brass knuckles, and sword cane in brutal combat and utilize the brand new rope launcher to scale buildings in seconds or take your enemies by surprise.

– From Buckingham Palace to Big Ben, fight and triumph across the fast-paced open world of Industrial London using high speed trains and carriages.

– Establish Great Britain’s fiercest gang, the only force that can challenge the elite and defeat rival gangs to bring freedom to the oppressed masses

Assassin’s Creed Syndicate will be available on Xbox One, PS4 and PC on October 23rd 2015