When it comes to games being made for VR tech, they are few and far apart. Not to mention not being exactly enticing. But it looks like Vertigo Games wants to put death to all that. 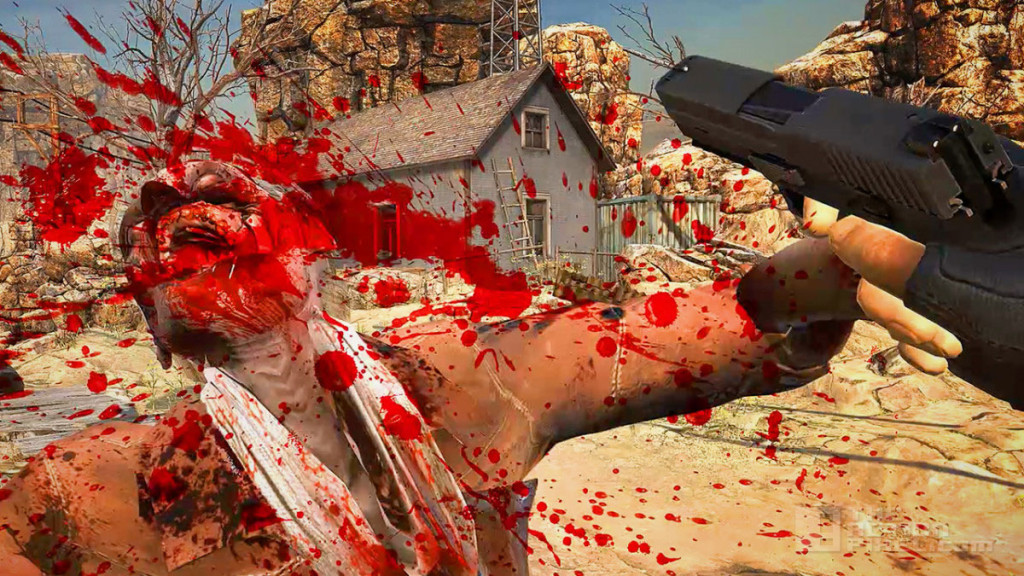 Room-Scale SteamVR Zombie Apocalypse Game Arizona Sunshine released a nice little teaser which is an awesome reminder that it is better to have a gun and not use it than it is to not have a gun and need it. Oh, and faster reloads. Or going in with a full clip to start.

Step into the midst of a zombie apocalypse as if you were really there, and bash, slash and explode your way through hordes of undead close enough to touch. Arizona Sunshine has you battle for survival across a blistering hot, post-apocalyptic Arizona. Brought (back) to life with Steam VR on HTC Vive.

See the teaser trailer for Arizona Sunshine in the player below:

Features of the game include:

Step into the midst of a zombie attack as if you were really there and defend yourself against enemies close enough to touch. Arizona Sunshine is a shooter built and optimised for VR from the ground up.

With HTC Vive’s motion controllers in room-scale VR, handling, firing and reloading your guns never felt so realistic. Anticipate attacks, manage your ammo and consumables, and aim down the sights to blast your enemies to undead pieces.

The game is built in Bite-sized chunks that flow together to form the complete picture. Whether you want to jump in for a few minutes or stay in the virtual zombie apocalypse for the entire ride, we’ve got you covered.

Arizona Sunshine is set for release on Steam VR in 2015

Halo Vs. Call Of Duty