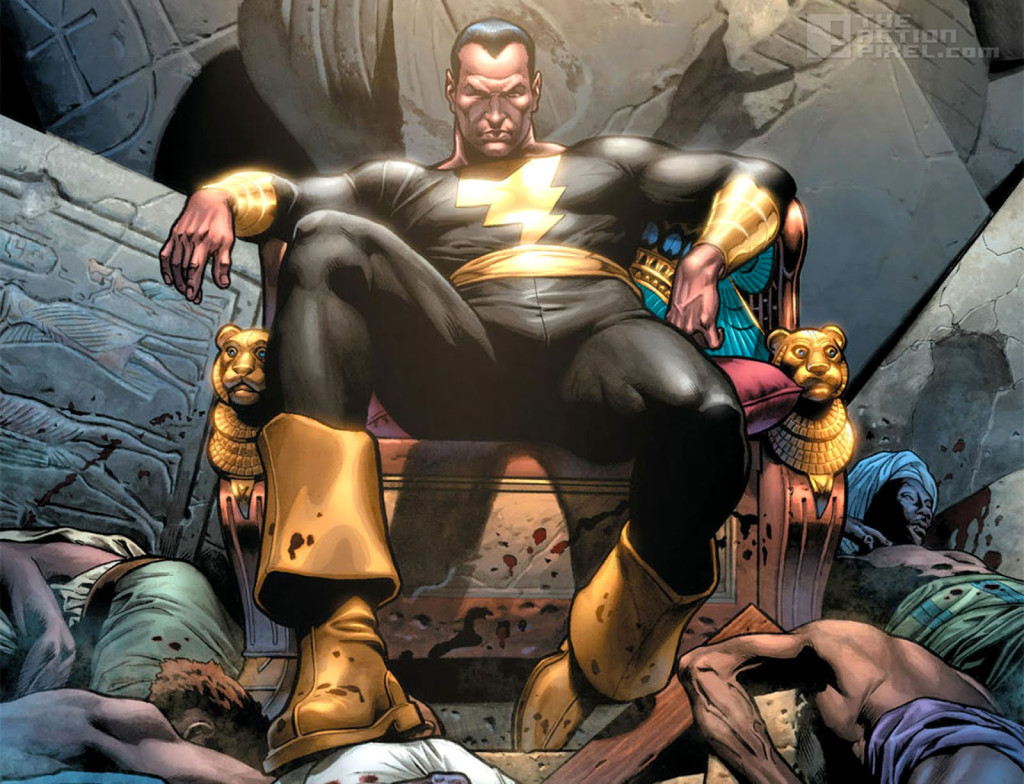 As you all know Dwayne Johnson is set to star as Black Adam in the coming DC Comics’ Shazam! movie, as part of the DCU.

Whilst on an interview about his latest cinematic feature San Andreas, the big guy divulged a little about the Shazam! project, the anti-hero painful origins of his character Black Adam. He also more than hinted that the release date may not be as far as we’ve been led to believe.

Check out the interview here:

You can just tell how excited he is. So it turns out the film’s 8 years in the making and we could see something earlier than 2019. Fantastic.

In another interview with Hey U Guys, Dwayne divulged even more about what his interpretation of Black Adam as a character:

He’s a unique type of villain. When you start off as a slave, you’re not in a good mood! There’s a heavy wrath that a lot of people have to pay. But when it’s fuelled by a righteous anger if you will, like Black Adam, then you open up to what the character can be which I’m really excited about. That’s why he’s not just a straightforward bad guy.

Glad to see an actor genuinely excited rather that contractually obligated to a comic film.