The news comes from the wrapping jacket around the sixth volume of the manga: 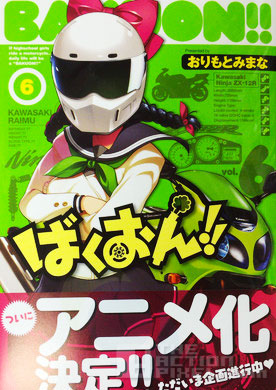 The marriage between girls and and high powered machinery like motorcycles is not lost on. Neither is this appeal lost on Sakura Hane, who, after tiring herself out going uphill with a bicycle, sees fellow schoolmate Onsa Amano making her way up a hill riding a motorcycle. Seeing the appeal of riding ruff, they join the Motorcycle club at school and Sakura begins her journey to a license to ride.