The Cap’n gets his official solo poster ahead of the upcoming Avengers: Age of Ultron cinema release in May: 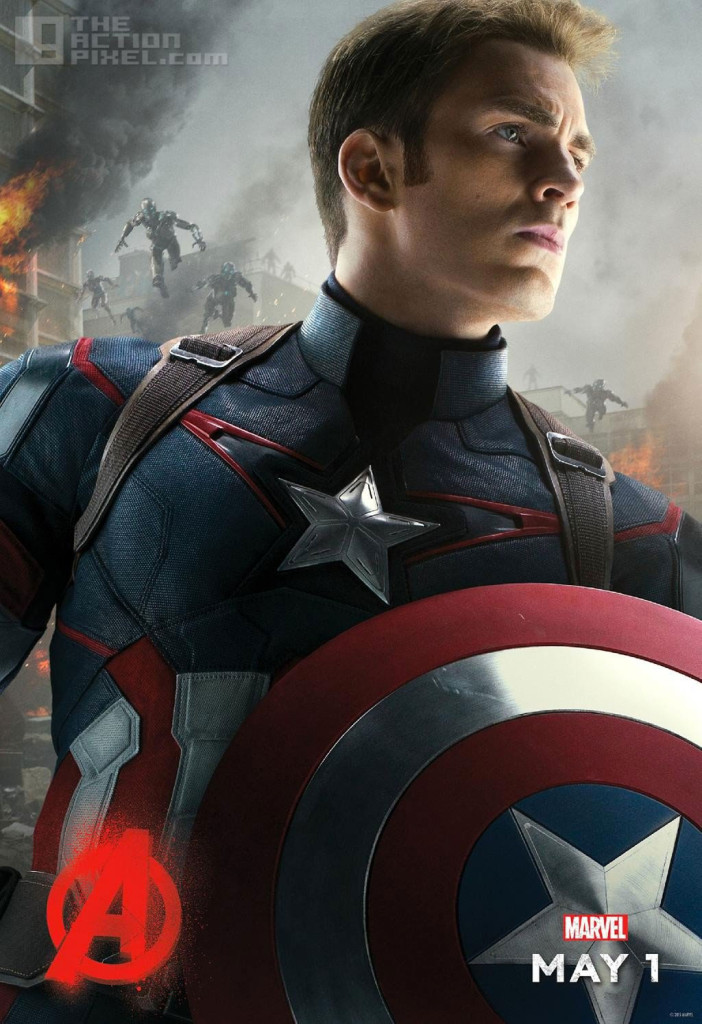 Hawkeye got one, and Black Widow got one… and the Hulk, Iron Man… slew of them. The Avengers also recently released a group poster featuring the Avengers team, with an international poster version that essentially took out the America out of Captain America. But this solo poster has the Cap’n brandishing both stars with statuesque pride. Must be for American audiences then.