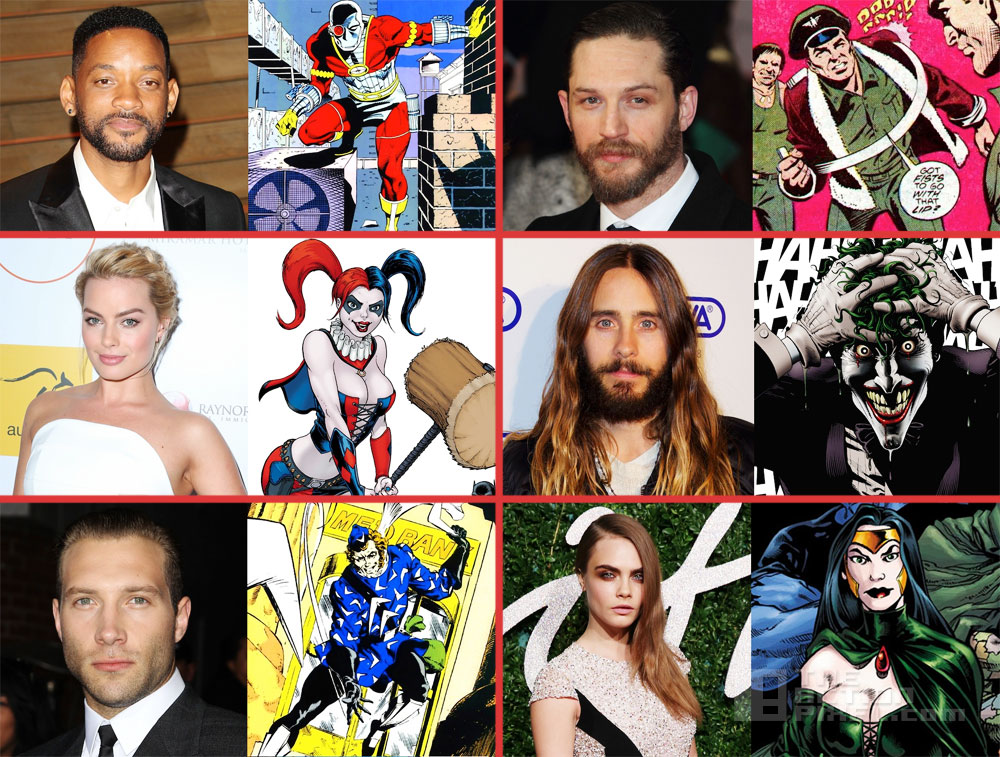 Among the actors, most noticeably, is two-time Oscar nominee Will Smith as Deadshot; Margot Robbie as Harley Quinn, Tom Hardy will play Rick Flagg; Oscar winner Jared Leto will play the Joker; Jai Courtney as Boomerang; and Cara Delevingne as Enchantress.

With this colossal A-list cast, technically nothing could go wrong… right? It’s no secret DC Comics wants to counteract the success of Marvel’s superhero team films, with the likes of Guardians Of The Galaxy and The Avengers. DC Comics however seems up to the task, hinting at the importance of drafting a strong narrative, and undertaking the interweaving, multi-character laden stories, giving all these big personalities their deserved respect. So David “Training Day” Ayer has been brought on the project as scriptwriter.

The Warner Bros. roots are deep on this one. David Ayer returns to the studio where he wrote ‘Training Day’ and brings his incredible ability to craft multidimensional villains to this iconic DC property with a cast of longtime Warner collaborators Will Smith and Tom Hardy, and other new and returning favourites: Margot, Jared, Jai and Cara. We look forward to seeing this terrific ensemble, under Ayer’s amazing guidance, give new meaning to what it means to be a villain and what it means to be a hero

Well bring on the ruckus, DC!

Suicide Squad is set for cinematic release on August 5th 2016