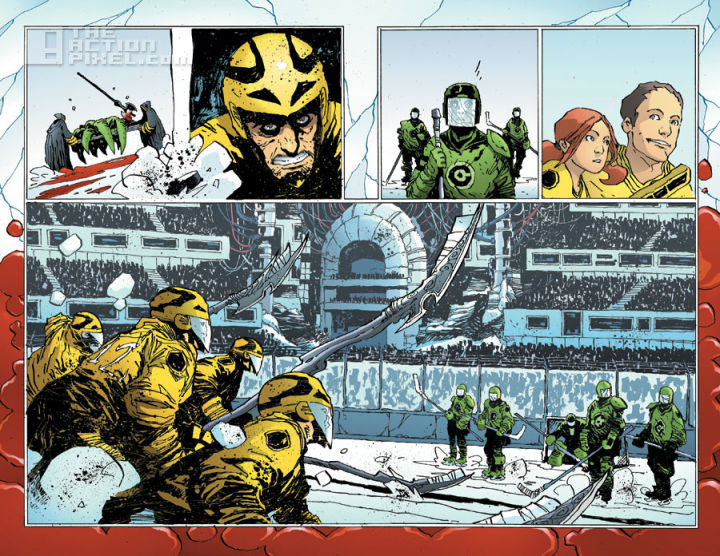 It wasn’t too long ago we got news of CM Punk writing for Marvel’s Thor Annual #1 coming out in February 2015. He has since gone from being an ex-Wrestler to UFC hopeful. But apparently thats not enough hats so PUNK’s decided to become a comic writer of DC Comics as well.

You can catch his had at work in Startling Sports Stories #1, made available on DC’s mature readers imprint Vertigo. Not much is know about the issue other than readers can expect “strange, scary, sexy and sensational sports stories”. CM Punk, being a former WWE wrestler makes him more than qualified then.

Strange Sports Stories #1 is set for release in March 2015

Fantastic Four #642: The End Is FOURever