By now your lust for laser-precise brutality and carnal efficiency has been somewhat sedated having gotten an eyeful of the trailers one, two and three of Batman going ham in Ace Chemicals Infiltration. 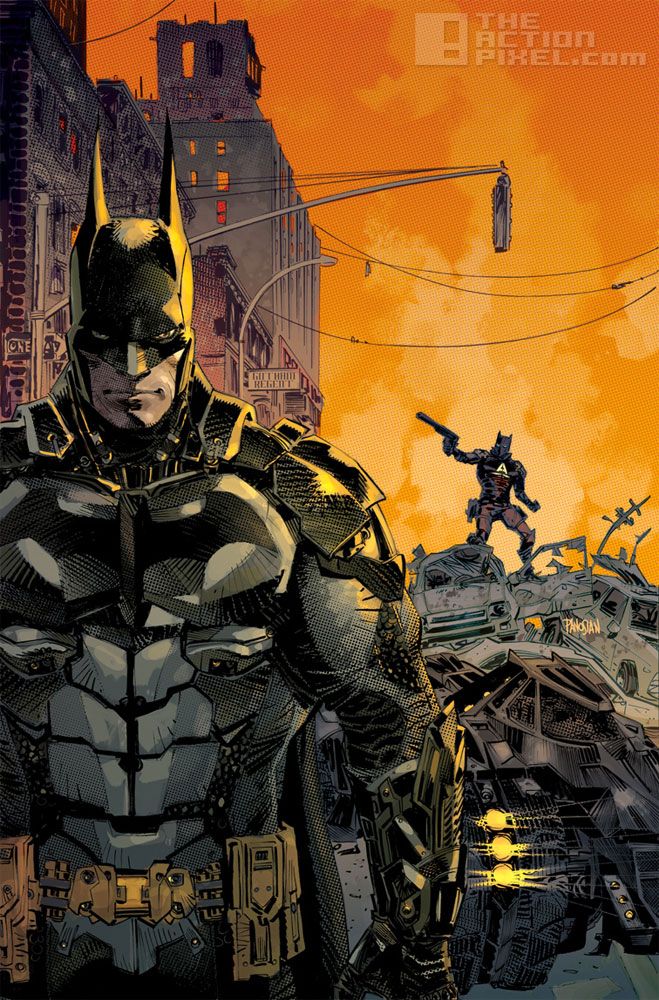 Now we will see Batman: Arkham Knight gracing the pages of a special DC Comics feature, joining DC’s Digital First Slate. Batman: Arkham Knight features the work of writer Peter J. Tomasi, artists Viktor Bogdanovic and Art Thibert. Cover art will be done by Dan Panosian. The first issue receiving two variant covers, one made by Gary Frank the other will feature an image from the actually video game.

And with Batman: Arkham Knight the game coming to us in June 2nd 2015 on PlayStation 4, Xbox One consoles, and Microsoft Windows, you’ll certainly get enough Bat for your buck.

Batman: Arkham Knight will hit the comic shelves in February 2015