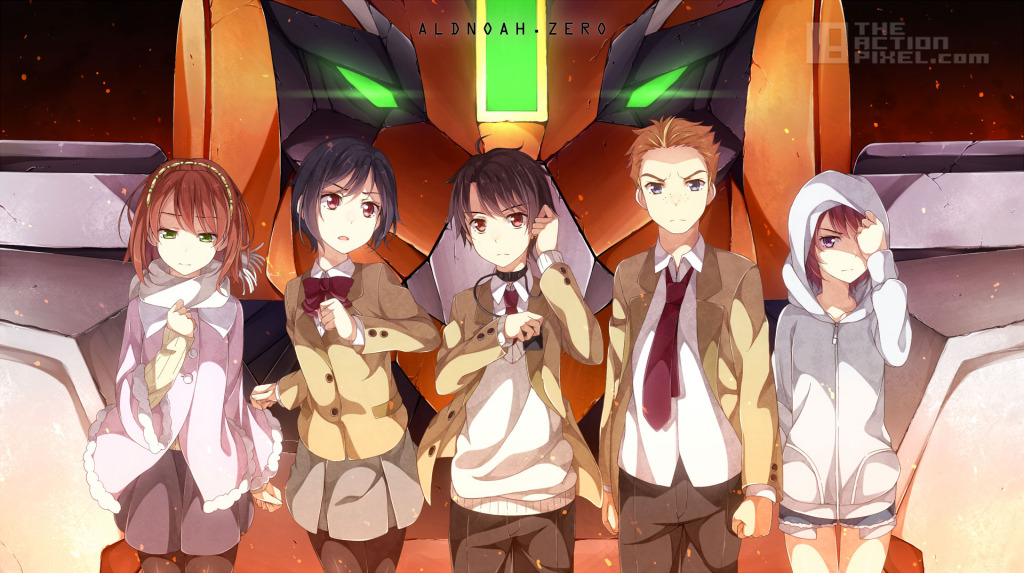 Aniplex America have been steady teasing us with TV spots for the much acclaimed second season of ALDNOAH.ZERO. The third television spot was release just released the 29th of December, and has steadily peaked fan’s interest.

The first season of ALDNOAH.ZERO comprised of 12 episodes, and the narrative surrounded an interplanetary Earth / Mars war, a war that scars inhabitants and governments of both planets:

War is coming…
The two powers will soon clash with one another and by military force, start killing each other.

Humanity has clearly split into two and currently there is no way these groups will once again unite. Humanity celebrates this transient time of peace as they slowly dismiss from their minds the scars their ancestors bore in the past. No one realized that with one little push their world can fall to its destruction…

Check out the three ALDNOAH.ZERO trailers below:

ALDNOAH.ZERO returns for its highly anticipated second season on January 10th 2015, available to Watch on the Aniplex Channel, Crunchyroll, Hulu, and DAISUKI.

Attack On Titan becomes an Attraction at Universal Studios Japan