The Age of Ultron gears up for its 2015 cinematic debut, with satellite promotion coming in the form of full fledged graphic novels. Ergo, Avengers: Rage Of Ultron is dead-set to hit comic shelves in the new year, helping fans brush up and delve deeper into the Marvel Universe as it desperately tries to parry off the blight that is Ultron. Similarly, another Ultron-centered comic narrative, Avengers: Ultron Forever is also set for release in 2015.

“Earth’s Mightiest Heroes” desperately stand their ground in the make-or-break clash with the greatest threat to Earth’s existence in the form of an army of mechanical genocide war-machines. Check out some of the artwork released by Marvel: 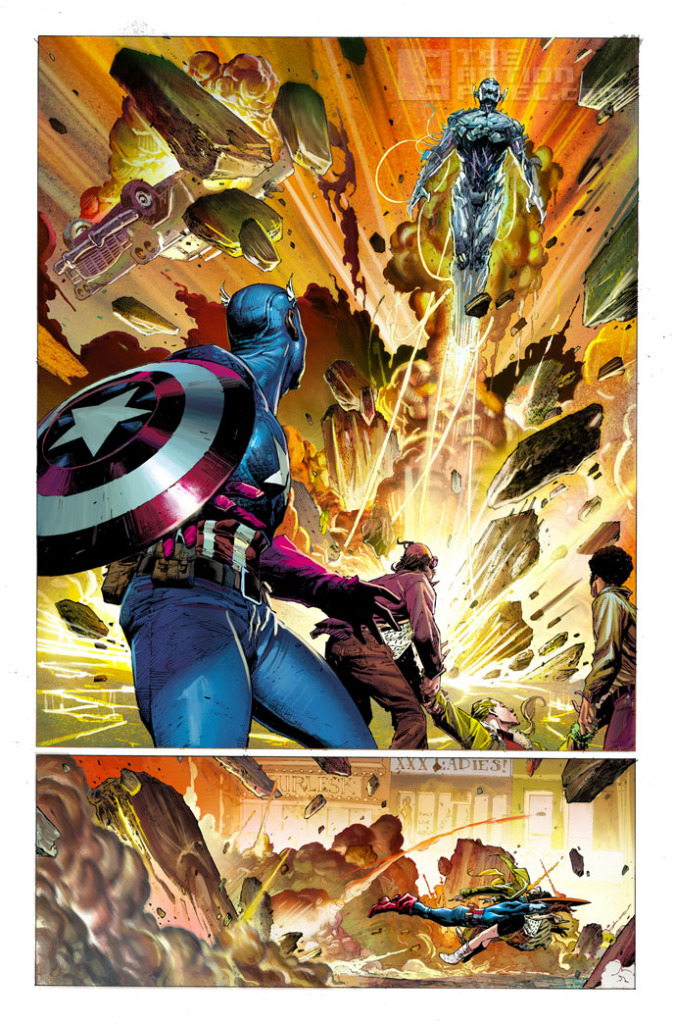 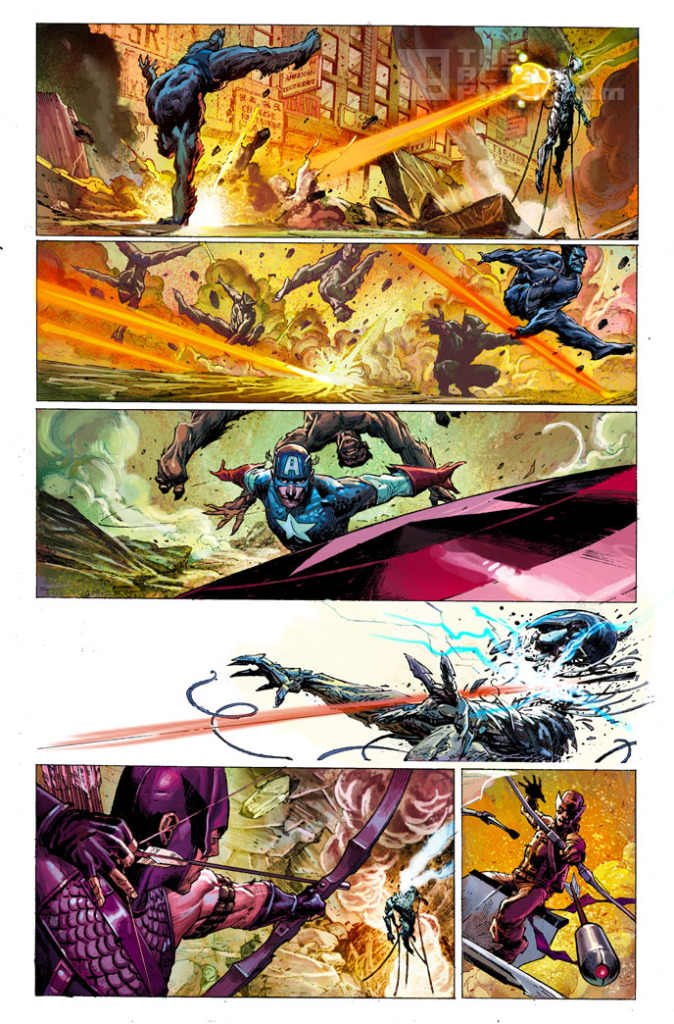 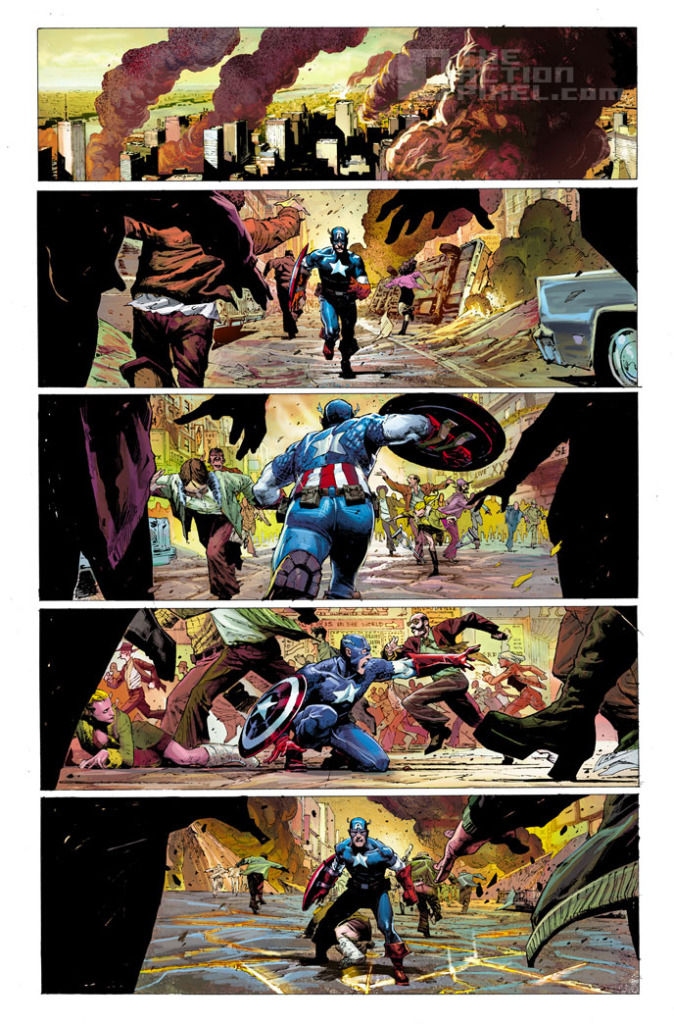 The art team behind Avengers: Rage Of Ultron include Rick Remender, Jerome Opena, and Dean White. The trio have worked together on previous Marvel titles before, like The Punisher and X-Force. Talk about not messing with the formula. And that’s a good thing. 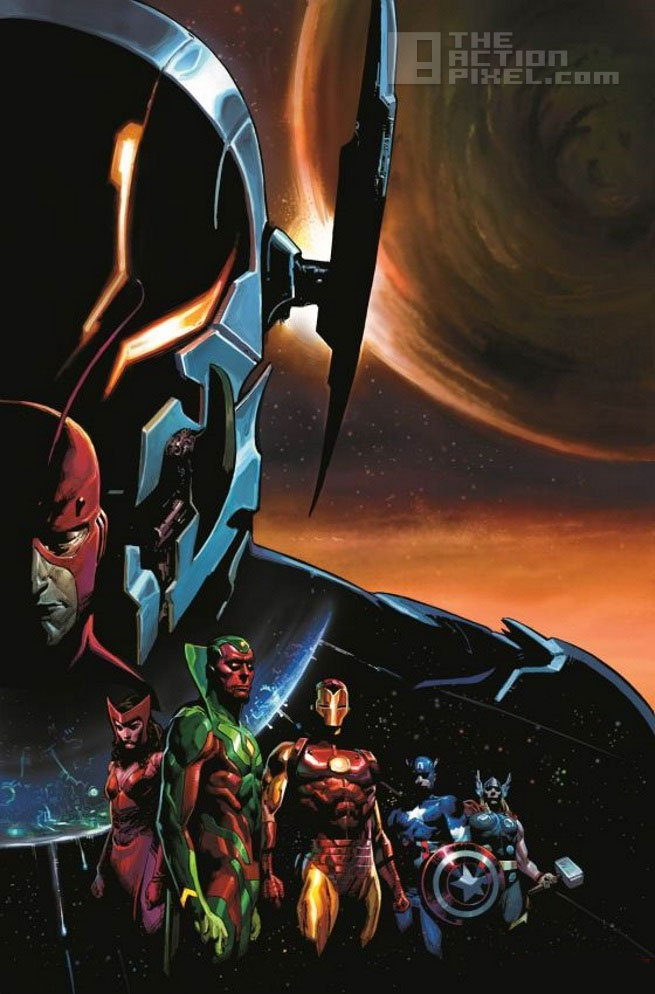 Remender also pointed out the cover art, seen above, holds a lot of secret info. on the narrative elements buried in Avengers: Rage Of Ultron:

“[The] cover holds a ton of secrets… There are Avengers from two different eras, and the story takes place in both of those eras. The positioning of the characters holds a deeper meaning than anyone will be able to guess until they read the series as well. This is some of Jerome and Dean’s best work and the story promises to be nothing short of Earth shattering for the Avengers.”

Avengers: Rage Of Ultron is set for release on comic shelves in April 2015