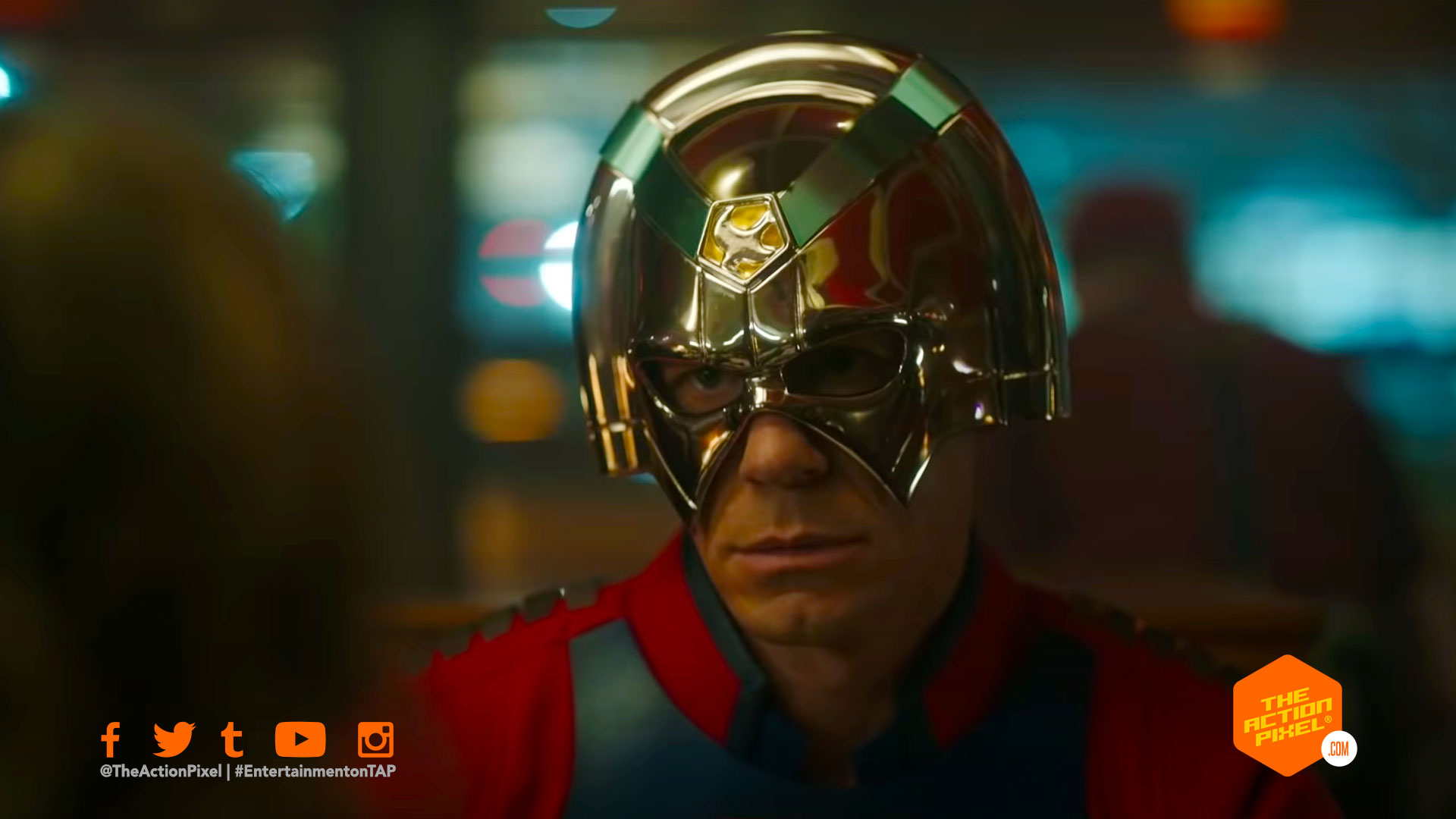 The great American patriot breaks in his uniform in this exclusive clip from The Suicide Squad spin-off – DC Comics’ Peacemaker TV Series destined for the HBO Max streaming service.

And John Cena’s Peacemaker most certainly can’t see how non-tactical or practical his costume/uniform is in any setting. Nevertheless, he is wearing it to everything and bringing his Desert Eagle for the ride. Which oddly enough is not a reference to his side arm.

Watch the Peacemaker clip in the player below: