"Battlefield 2042" delivers its gameplay trailer. And everything is out to get you.
Advertisement 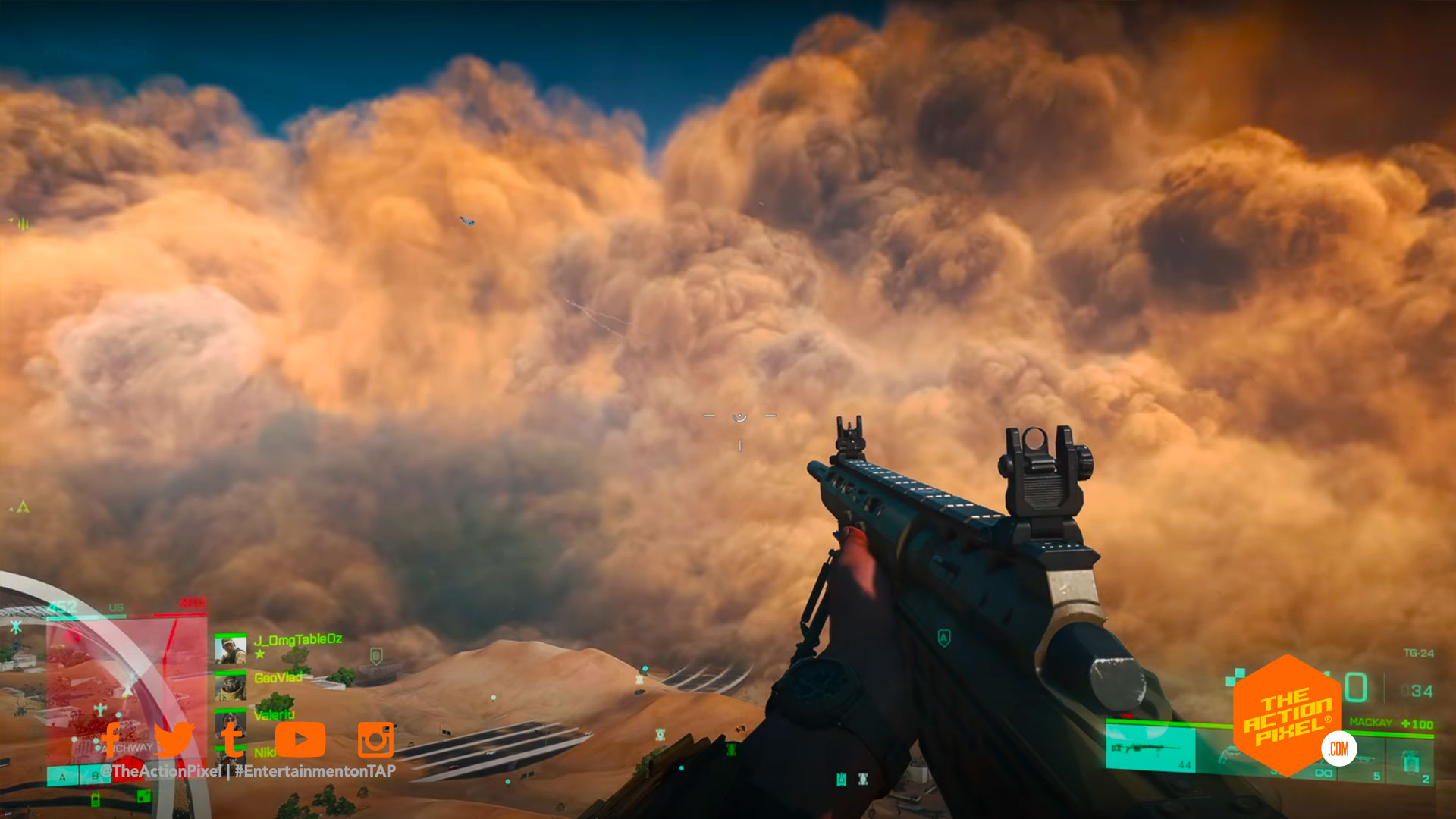 If you got super-stoked at seeing a soldier abandon his jet, grenade-launched his enemy’s plane, and reclaim his seat in the Battlefield reveal trailer, then you are going to want to hold on to your bridges for the gameplay reveal of the coming Battlefield 2042 game.

And the enemy is not only human as it seems the environment ain’t much of a friend either. Fair weather and all that.

Check out the first look at Battlefield 2042 official pre-alpha gameplay! Play Battlefield 2042 starting October 22, 2021. Pre-order now for early Open Beta access and more: http://x.ea.com/68944 With support for 128 players*, Battlefield 2042 brings unprecedented scale on vast environments across the globe. Players will take on several massive experiences, from updated multiplayer modes like Conquest and Breakthrough to the all-new Hazard Zone. Fight to define the future in a world transformed by disorder. For the first time in Battlefield’s history, 128 players can join the all-out war at the same time* – giving you the chance to take part in massive-scale battles where anything can happen. Get an even greater sense of spectacular, large-scale war on seven massive maps where you’ll experience ever-changing battle conditions and gameplay challenges. Unleash your combat creativity through a full roster of cutting-edge weapons, vehicles, jets, helis, and all-new equipment inspired by the near-future of 2042. Choose your role on the battlefield and form hand-tailored squads through the new Specialist system. Based on Battlefield’s four Classes, Specialists have one unique gadget and trait – but the rest of the loadout is fully customizable. You and the community will progress in Battlefield 2042 through a Season system, which will continuously bring fresh updates to the game. Themed around new narratives, Seasons will bring content like Specialist soldiers, locations, weapons, and vehicles.

Take a garner at the official gameplay trailer for the forthcoming Battlefield 2042 game: