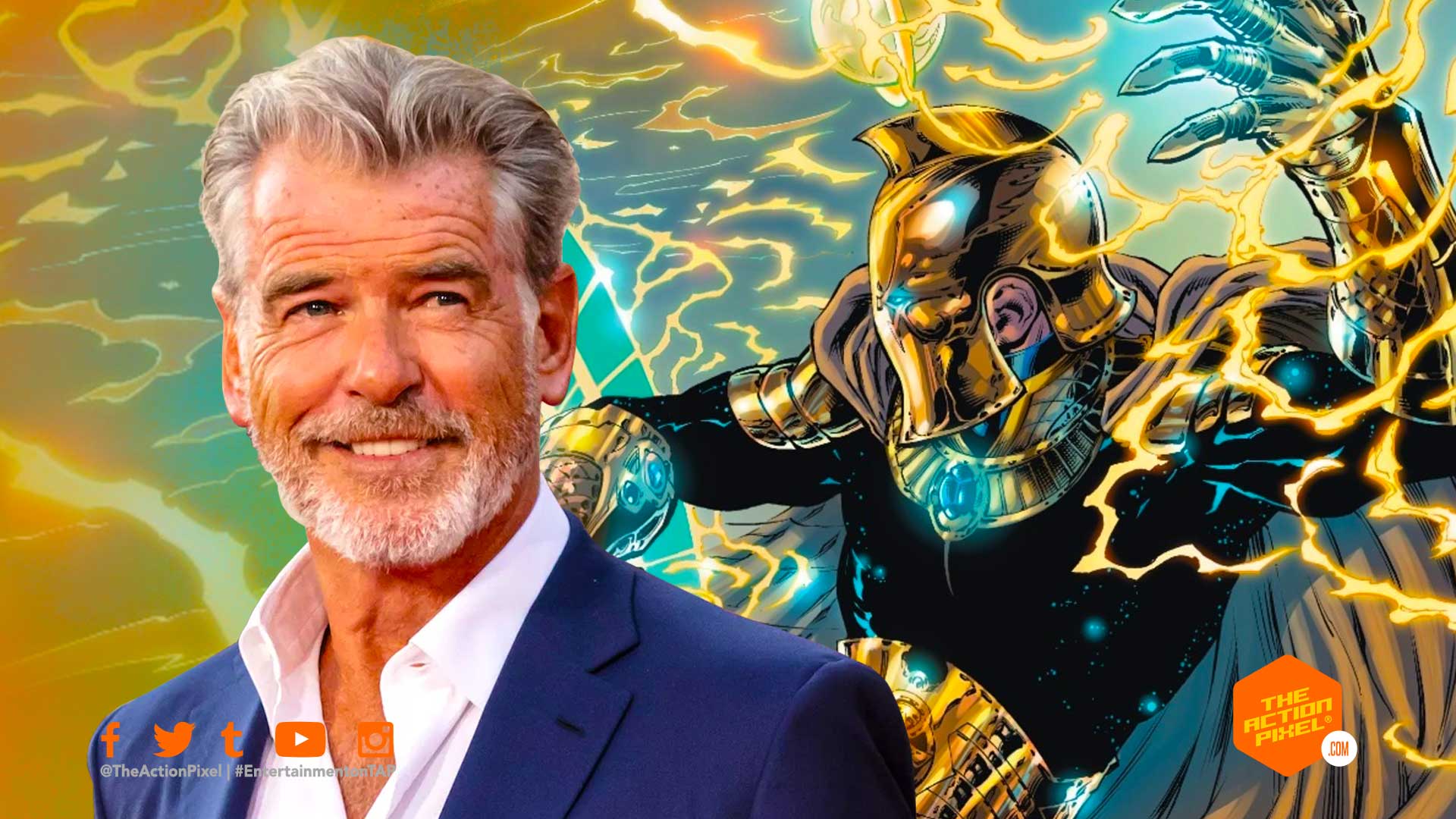 DC Comics gives us more news on the coming Dwayne Johnson-led Black Adam movie, this time more casting news as who will be taking on the role of the occult and supernatural hero – Doctor Fate. And it looks like a certain Bond star alum will be swapping the golden gun for a golden helmet. It has been announced that actor Pierce Brosnan will be playing the role of Dr. Fate.

Of course as hinted earlier, Dwayne Johnson’s Black Adam will be spawning its little nexus in the DC Extended Universe leading eventually to a Justice Society of America spin-off.

And it looks like Black Adam will be the platform set to launch the major players in the JSA. Dr. Fate is, after all, the founding member of the JSA in the comics. Not to mention the likes Aldis Hodge is to make an appearance as Hawkman and Quintessa Swindell set to portray the character Cyclone – all members of the JSA.

Dr. Fate is the OG to Marvel’s Doctor Strange. The Helmet of Fate endows the wearer with supernatural ability and occult, oft-forbidden knowledge.