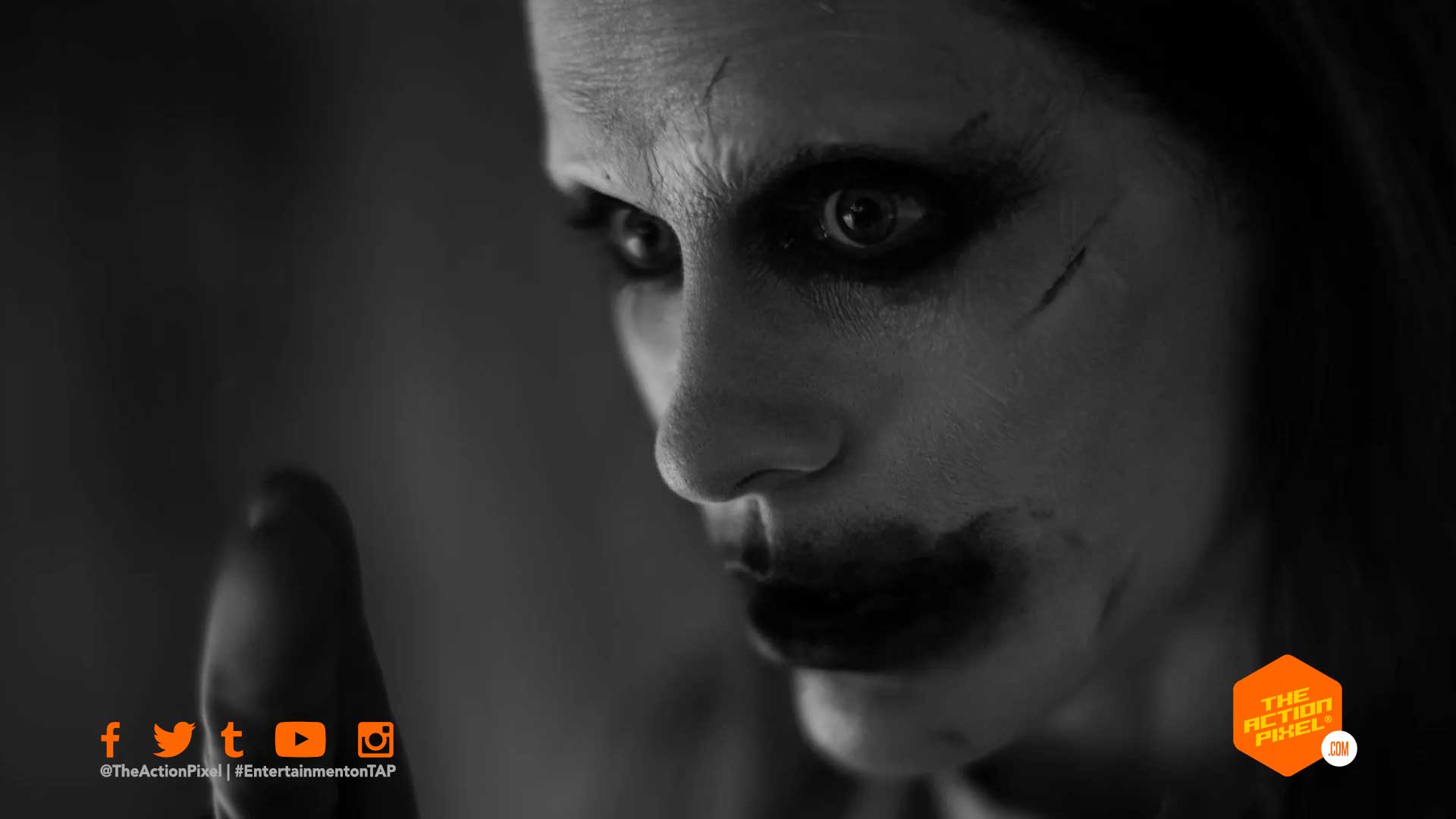 Justice League as orchestrated by the one known as Zack Snyder has taken an oft-panned movie that already had its day in cinemas to a revamped flagship 4-hour movie for HBO Max’s streaming platform. And things continue to be added to fluff out the edges as the Joker has been teased and revealed in first look images.

Jared Leto, of course, is happy to make a return as the Clown Prince of Crime, especially seeing he looked somewhat shelved and displeased as Warner Bros. Pictures put their efforts into making the Joker movie irrespective of the current DCEU.

Of course, all we have seen of this Joker has been in the, again, oft-panned Suicide Squad movie. And in this movie, Joker was the embodiment of what we can only assume is a David Ayer fetish; being covered in ‘first’ tattoos that inspire more cringey laughs than anything else. However the images of this new Joker is notably bereft of these markings. And what other way to tease this new look that to give us a seldom-used Vero app image washed with greyscale tones for the mood.

Aside from the additional photography to bring the Joker into the movie, which of course connotes that, even by Snyder’s admission, was an afterthought that he wanted to visit in a DC movie later on that would have a clash between Batman and Joker that never panned out.

Needless to say, his casting of Leto was a nod to some amalgamation of DCEU connectivity. However, the Joker’s new visage, despite being played by the same actor, hints more at some form of retroactive continuity at the very least. Gone are the tattoos and the gel-slick pimp-like hair, and in is the more drummer-for-an-indie-horror-core-band visage.

In any case, will the Joker’s presence by a monologue of sorts or some other means and VFX magic that will do its best to explain away any isolation in the shot?