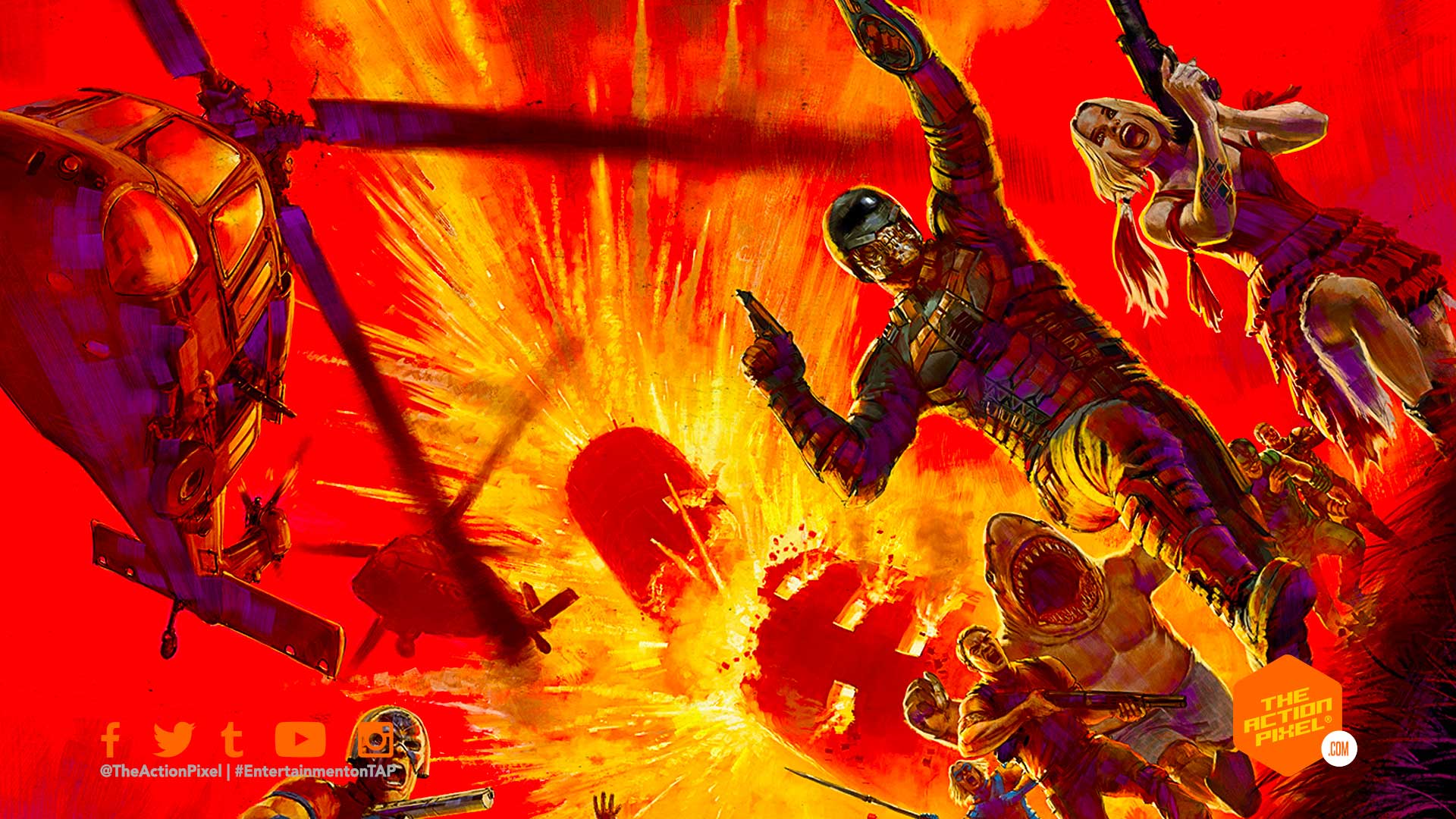 There are two versions floating around, which is to, of course, effectively show off the actors/characters who have their faces covered behind masks and helmets. And of course, a Harley Quinn wardrobe change.

And it definitely looks like it has the smell of napalm all over it if it were a scratch n sniff.

John Ridley is bringing his pen to an all-new Batman series. And its effects will reverberate throughout DC Comics