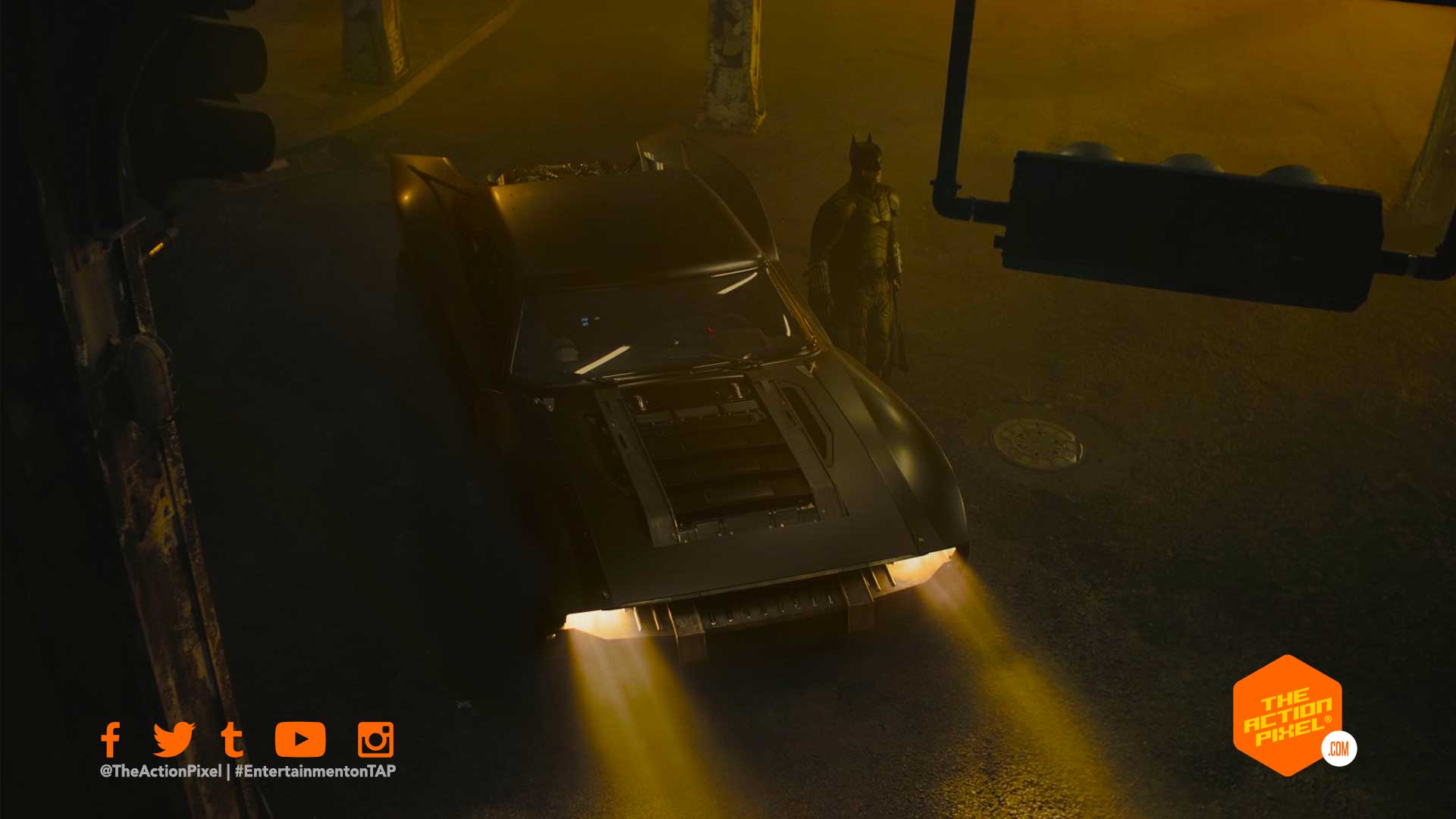 New images flood the interweb from the film set of The Batman. Previous BTS images of Batman’s two-wheeled Batcycle teased a down-to-earth Dark Knight, and these recently released images seem to tease more of the same.

New images of the Batmobile set to feature in The Batman movie has been released, and it is not the over-the-top, or distinctively unique setups we’ve gotten in past iterations of iconic and preferred mode of transport vehicle for the vigilante. This batmobile seems to be taking the American muscle hot-rod route.

That should get the fans’ engines revvin’.