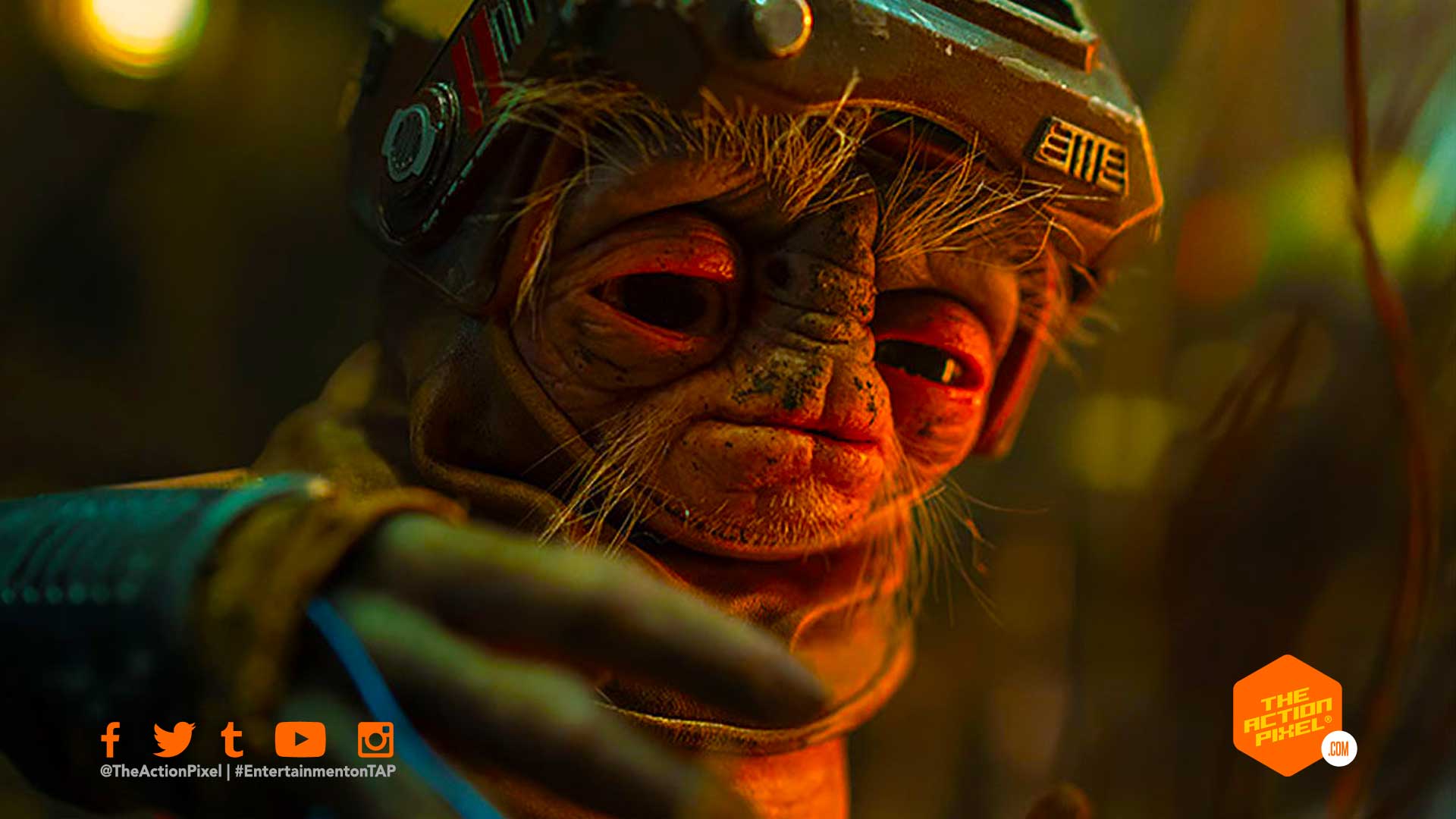 Star Wars is far from alien to the concept of giving life to more cuddlier, cute little cretins to add to the roster of characters and toy merchandising opportunities. Case in point, coming to Star Wars: The Rise Of Skywalker is a new small and cute little guy that sounds like a melding of a unique meaningful native name and a self-censored curse word – Babu Frik.

The character as described by Star Wars is a droid maker, and a pretty darn good one at that with the capability of rebuilding and repairing droids damn near from the ground up. And the guy’s pretty small.

The tiny Anzellan droidsmith, who was first glimpsed in toy form during the Triple Force Friday livestream event (surprise), works among the Spice Runners of Kijimi and can reprogram or modify virtually any droid — regardless of the security measures protecting its systems.

We’re talking teddy bear compartment. Our guess is BB-8 is about to get his block clocked off.

Check out the image released of Babu Frik below:

Birds Of Prey official trailer shows Harley Quinn embracing her emancipation. And it looks a lot like chaos.