Comics Versus Cinema – Does Martin Scorsese have a point?
Advertisement 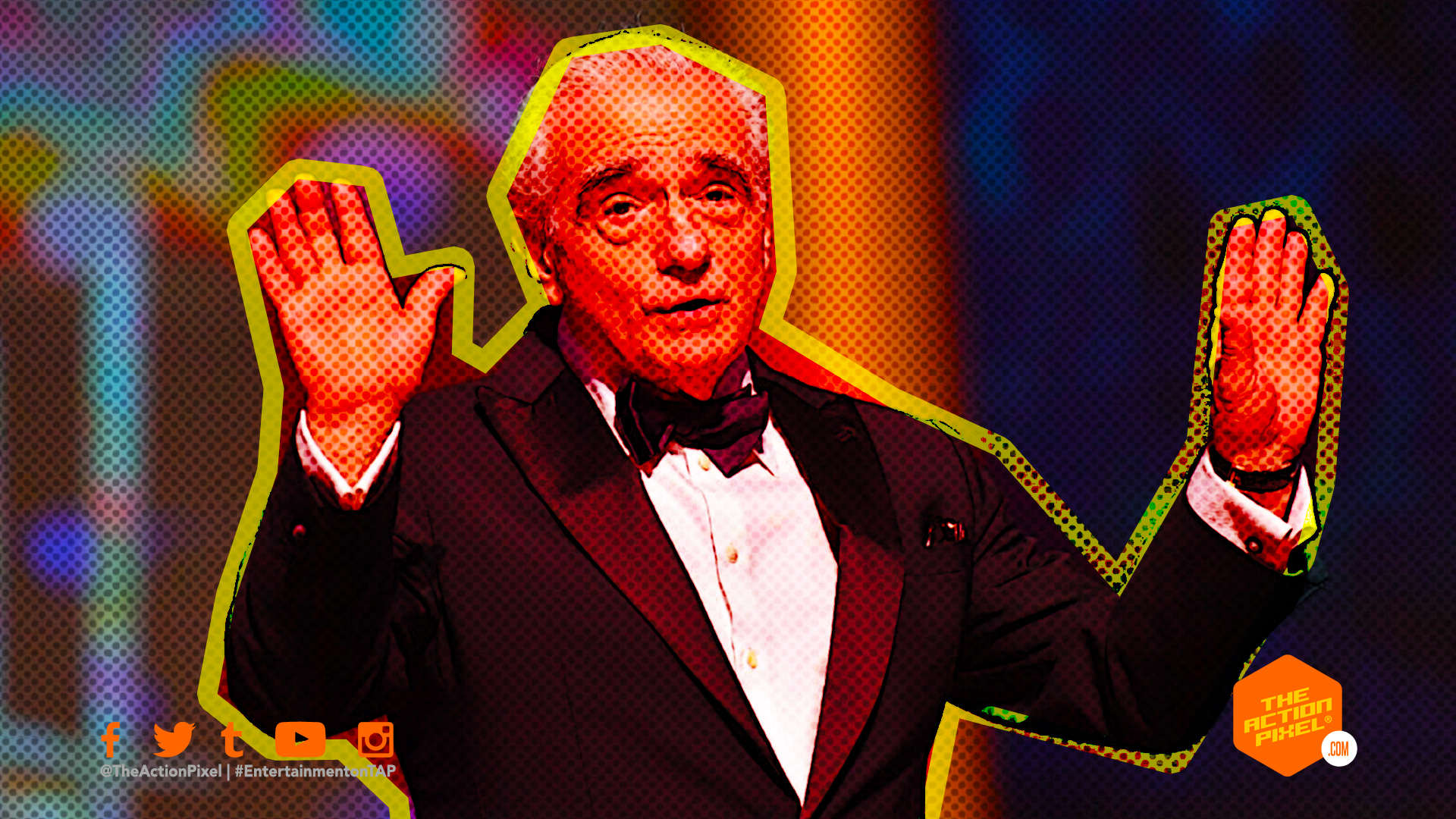 Comic books, and the films they spawn have once again found themselves in the debate of whether they are worthy of the label of art, or a fad that will soon fade from society’s consciousness. A few things have spurred this debate that seems to take up much discussion in the comment sections of blogs and social media posts.

The first is Martin Scorsese, who during his press run for Netflix’s The Irishman, found time to denounce the current landscape of movies being dominated by the superhero and comic book.

During an Empire interview, Scorsese had this to say:

I don’t see them (comic book movies). I tried, you know? But that’s not cinema. Honestly, the closest I can think of them, as well-made as they are, with actors doing the best they can under the circumstances, is theme parks. It isn’t the cinema of human beings trying to convey emotional, psychological experiences to another human being.

And when cornered about his denunciation of, let us face it, the Disney owned and Marvel Studios’ dominated comic book movie landscape currently in theatres, Scorsese doubled-down in his statement that Marvel movies, in particular, are “not cinema”.

It was Francis Ford Coppola who then added to the fire of insults that Marvel movies were “despicable”. Like, I don’t know, hearing the N-word thrown about so casually in a particular gangster movie classic may win that debate.

Jennifer Aniston, who starred in FRIENDS, an overrated sitcom by all exhausted euphemisms (sorry, that’s me just throwing shade)… got off track… Yes, Jennifer Aniston also took things up a notch, by saying essentially the very presence of the [Marvel] comic book movie was corrupting the topology of cinema on a whole which ultimately spurred her return to TV:

I actually started to think, ‘Wow, that’s better than what I just did. And then you’re seeing what’s available out there and it’s just diminishing and diminishing in terms of, it’s big Marvel movies. Or things that I’m not just asked to do or really that interested in living in a green screen.

Of course, this spurred on a plethora of actors to jump in defense of Marvel Studios – and hark, who would have thunk the most vocal in defense of Marvel would be past, present and future actors and directors connected to Marvel movies? Uncanny that coincidence. Surely. James Gunn was “saddened” that Scorcese was judging his movies in the same way they judged and picketed The Last Temptation of Christ. Jesus Christ.

Paul Rudd, who frankly was the only one that spoke with some sincerity that was not a cheap dismissive quip like that of Robert Downey Jr’s “it plays in cinemas’, or the laughable equating of Guardian Of The Galaxy Vol. Pick One and the Scorcese movie Pick One.

Paul Rudd ultimately disagrees and highlights his reasons why:

Ultimately, you really care about relationships with people. It isn’t all just special effects–driven. You wanna see people and human behaviour and talking to each other. In Ant-Man, I have a whole relationship with my daughter and the human struggles of being a superhero. Appearing to respond to Scorsese’s comment about theme parks, he continued: “I think we’re trying to deal with human issues and things that are relatable that are not just rides.

In what also seemed to provide context to both Scorcese’s and Aniston’s issues, Rudd spoke on the nature of studios opting out of “middle-budgeted movies”, rather taking on more epic, grander scaled films. And comic book movies fit that bill well and easily, especially being part of a tried and true formula that is equal parts nostalgia and trendy. Ergo, a higher likelihood of return on investment.

This was further made concrete by Disney CEO’s Bob Iger who responded to Coppolla’s “despicable” statement as “disrespectful”, adding:

Frankly, the motion picture distribution business or the theatrical exhibition business worldwide has relatively thin margins. When those theaters run movies, not just like ours because there are other blockbusters out there too, they do exceedingly well for them and they make a lot of money on them. That actually gives them the ability to run other films that might not be as successful, but there are people in different places that want to see them.”

Which is boss-talk for “we keep the lights on for you to show your little movies in your little cinema runs”.

It all begs the question, still, is the comic book movie cinema? Does Scorsese have a point? The short, simple answer is yes. And that is absolutely weird coming from a guy that loves comics and comic book movies. But I also storyboard and create scripts. Scorsese is a decorated director for a reason. And there is a certain quality missing from many Marvel movies that would catapult them into high-brow cinema. And in there lies my disagreement with Scorcese’s statement. Marvel movies, and comic book films ARE cinema. Many may not be of the highest-brow, but they are cinema. I still get the chills watching a moment in Avengers: Endgame as I would a revered cult classic that would be 101 in a Media Studies class.

The issue a lot of older-generation directors and filmmakers and are having is that films of today are sharing the same spaces with other ‘lower-brow’ or easily-created content – and are losing audiences to them. I could choose to watch a slew YouTube-created content over watching a Hollywood produced comedy. In the same way, I could chose a comic book movie that is popcorn popping fun over a film that has reefs from some quasi-uber film festival that every filmmaker covets and the average proletariat cares nothing about. I am certainly not saying comic book movies are an easy or cheap thing to pull off, no. However I am saying, there is a reason for the appeal of comic book movies to the mainstream, and they do adhere to the conventions of cinema.

And to speak down on comic movies is also funny when you consider the trash short films a lot of seasoned veteran directors created when they first started out that got them their bones in Hollywood. Nevertheless, I did shake my head when they started talking about Avengers: Endgame was being put forward for consideration for an Oscar. I also did shrug at the Black Panther Oscar consideration hype, save for the costume department. I did, however, see a more than valid case could be made for The Dark Knight and Watchmen if it were done properly.

Narrative is always king. Marvel dwells too much on franchise topology to give a deeper, more intricate look at narrative. That is why they chart lower in that aspect. However, it is still cinema. We could also double down and start pulling apart Scorcese’s catalog and through shade on The Departed, but what would be the point of that other than stating my [very] unpopular opinion? An unnecessary remake of Internal Affairs. But it is ‘cinema’, nonetheless.

My issue ultimately comes from the same place it came from when Robert Pattinson spoke about his Batman role taking on a pirate-y, non-hero perspective. People with little or no knowledge of the scope of comic books and the respective media, narratives and characters they inspire are allowed to speak on things. Not even having the due diligence to respectfully debate one’s points.

However, with that said, it does not absolve comic book movies present method of creating cinema. And that’s where Aniston’s quote rings true; superhero fatigue is surely coming. It is up to Marvel Studios (only because they are the current visible leaders [but I suspect their brand of comic book movies will actually diminish]) to elevate the caliber of film.

The funny thing is these film purists faced the same ridicule and doubt cast on their art by many of their predecessors.

And Scorcese, you could always throw your hat in the ring and show them how it is done by adapting a comic book to the silver screen. Lead by example. And we will overlook how comics literally brought to cinema some simple ideas like, I don’t know, camera distances.

The hate for comic books and their inherent perception as being immature, infantile dribble has marred the medium ever since bonfires were made to burn them for doing the devil’s work. Comics were never good enough to be considered literature by quite the many a book snob. And now that the medium has survived the pitchforks and spurred on a generation of films, it is being perceived as non-cinema by the same caliber of critics. Yet, despite this assumption, comic book films are also seen as impurely corrupting ‘real’ cinema, as Jeniffer Aniston would insinuate. The woman that starred in an Adam Saddler movie or three. I am sure. Sorry, sidetracked again.

This is where critics will have to challenge their cognitive dissonance. Either comic book movies are not cinema and true cinema will always rise up and become timeless, regardless of what else is out, or comic book movies are cinema, and that “cinema” should be viewed as a spectrum, not as a yes/no ouija board that leans towards your own prejudices and sensibilities.

A Non-hero, Piratey-voiced Dark Knight – Is there need to worry about Robert Pattinson’s “The Batman”?