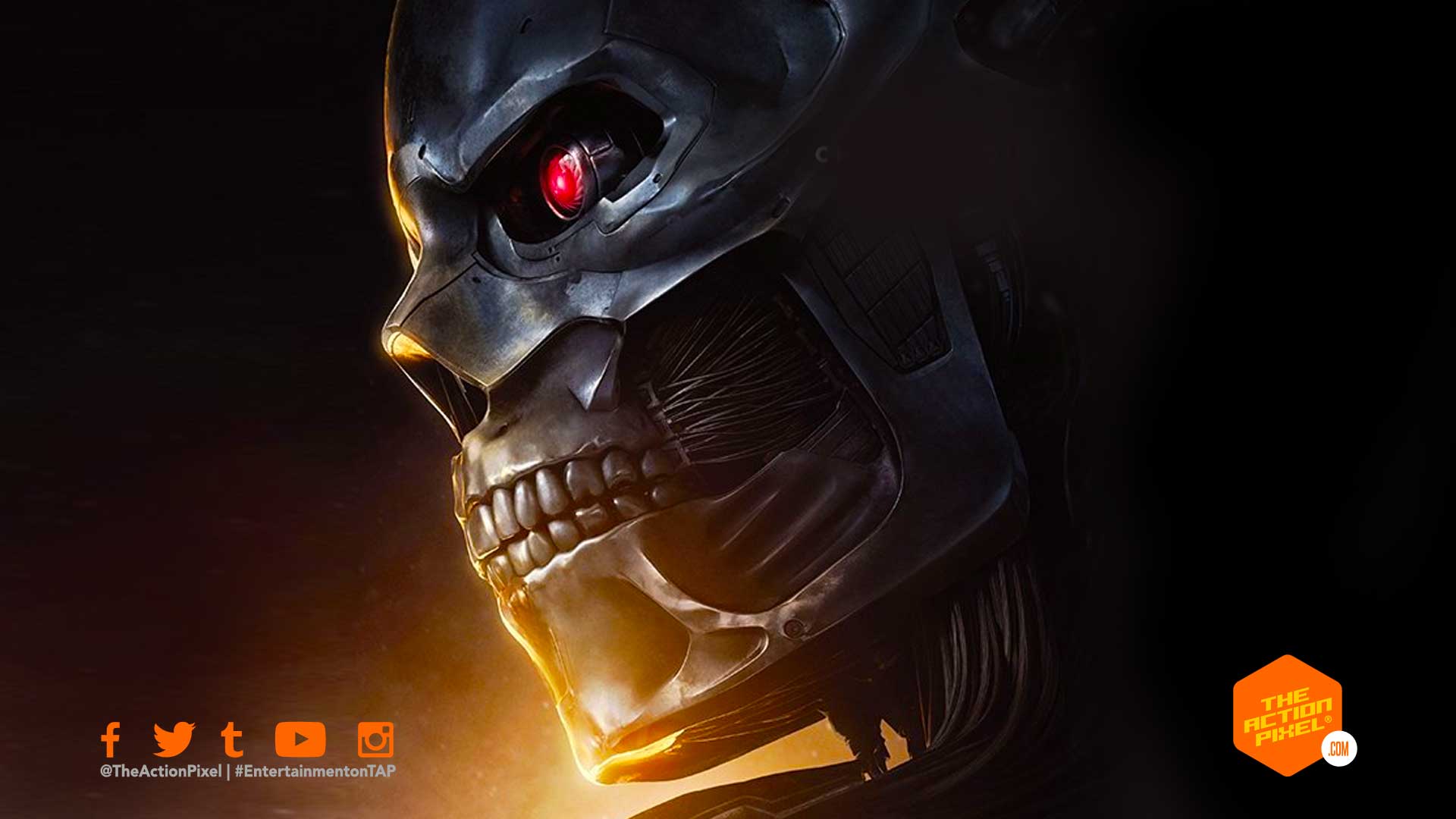 With many of the iterations of the Terminator fans have seen, from the revered T-800 to those other ones we care to forget, Terminator: Dark Fate looks to add to the to-and-fro of innovation by giving us details of the new Terminator which we got a glimpse of at work in the recent first trailer.

The new Terminator, portrayed by Gabriel Luna, is called the REV-9.

Rev-9 is described as an advanced Terminator sent back in time to terminate Dani Ramos, consists of a traditional solid endoskeleton surrounded by a “skin” of mimetic poly-alloy. In contrast to the similar T-X, Rev-9 possesses the ability to separate these two components into two separate, fully autonomous Terminator units.

Rather than being liquid-metal like the T-1000, the Rev-9 is carbon-based.

Gabriel Luna also spoke on the intricacies of the Rev-9:

You got an endoskeleton that’s carbon-based and liquid that’s carbon substance alloy. And of course I can split, and I can descend on a target from multiple angles which just makes it that much more dangerous

And to top things off, new (and more enticing) posters have been released, demanding we choose our fate, and ultimately the fate of the Terminator franchise at the box office.