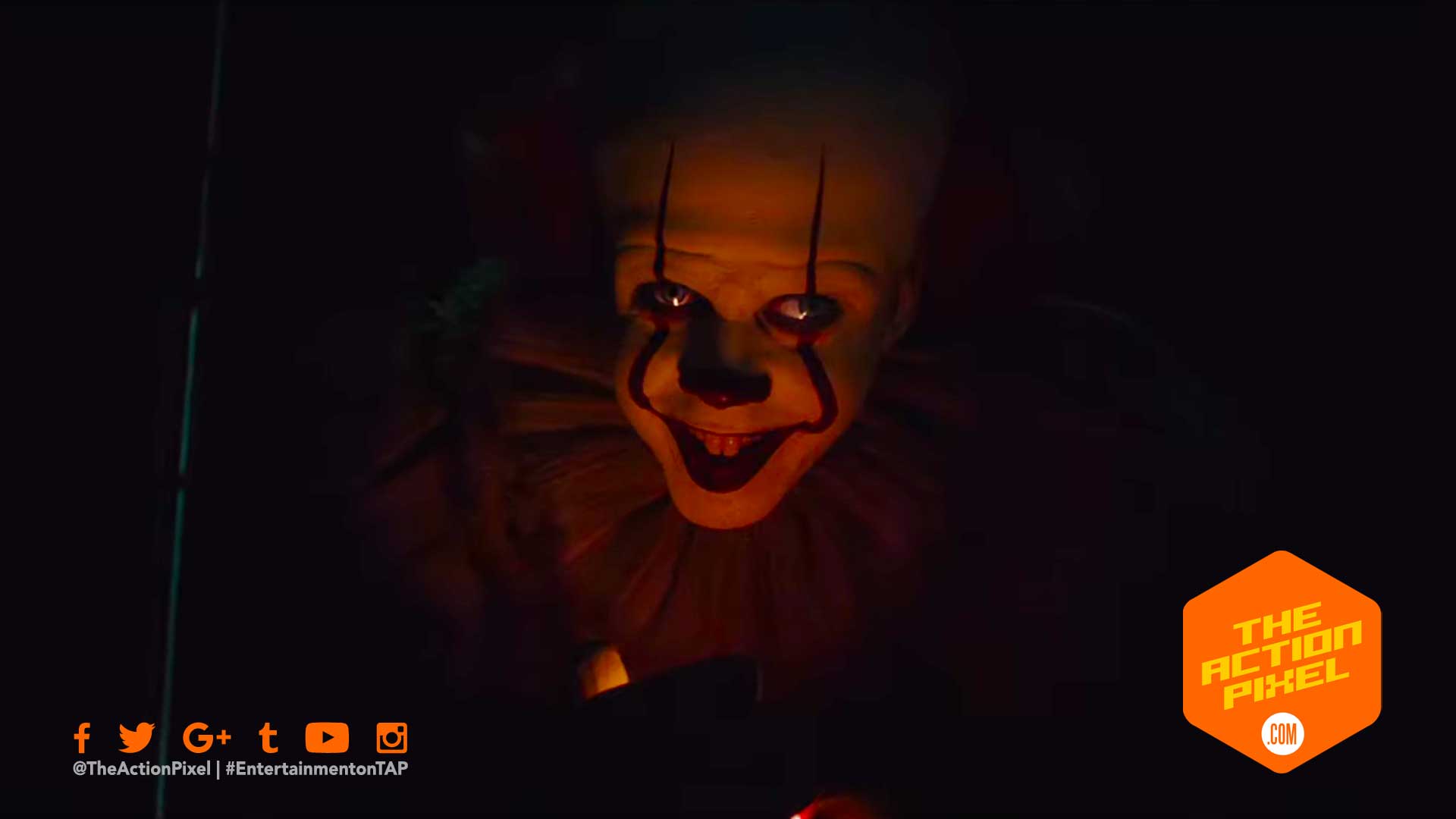 The loveable sewer clown has returned and things get ugly in more ways than one for the 27th anniversary of pure evil. IT Chapter Two release their official teaser trailer, and Pennywise is on one hell of a rampage.

And add the fact it’s now a family affair, well let’s just say we won’t be visiting a circus any time in the foreseeable future.

Evil resurfaces in Derry as director Andy Muschietti reunites the Losers Club—young and adult—in a return to where it all began with “It Chapter Two.” The film is Muschietti’s follow-up to 2017’s critically acclaimed and massive worldwide box office hit “IT,” which grossed over $700 million globally. Both redefining and transcending the genre, “IT” became part of the cultural zeitgeist as well as the highest-grossing horror film of all time. Because every 27 years evil revisits the town of Derry, Maine, “It Chapter Two” brings the characters—who’ve long since gone their separate ways—back together as adults, nearly three decades after the events of the first film. Oscar nominee Jessica Chastain (“Zero Dark Thirty,” “Mama”) stars as Beverly, James McAvoy (“Split,” upcoming “Glass”) as Bill, Bill Hader (HBO’s “Barry,” “The Skeleton Twins”) as Richie, Isaiah Mustafa (TV’s “Shadowhunters: The Mortal Instruments”) as Mike, Jay Ryan (TV’s “Mary Kills People”) as Ben, James Ransone (HBO’s “The Wire”) as Eddie, and Andy Bean (“Allegiant,” Starz’ “Power”) as Stanley. Reprising their roles as the original members of the Losers Club are Jaeden Martell as Bill, Wyatt Oleff as Stanley, Jack Dylan Grazer as Eddie, Finn Wolfhard as Richie, Sophia Lillis as Beverly, Chosen Jacobs as Mike, and Jeremy Ray Taylor as Ben. Bill Skarsgård returns in the seminal role of Pennywise.

Watch the IT Chapter Two official teaser trailer in the player below:

You know it is sick when granny gotta take off her clothes for the attack. And Pennywise is, per usual, absolutely creepy.

IT Chapter Two is slated for cinematic release come September 6, 2019

A certain scene cut from “Avengers: Endgame” would have given [SPOILER] a better send-off