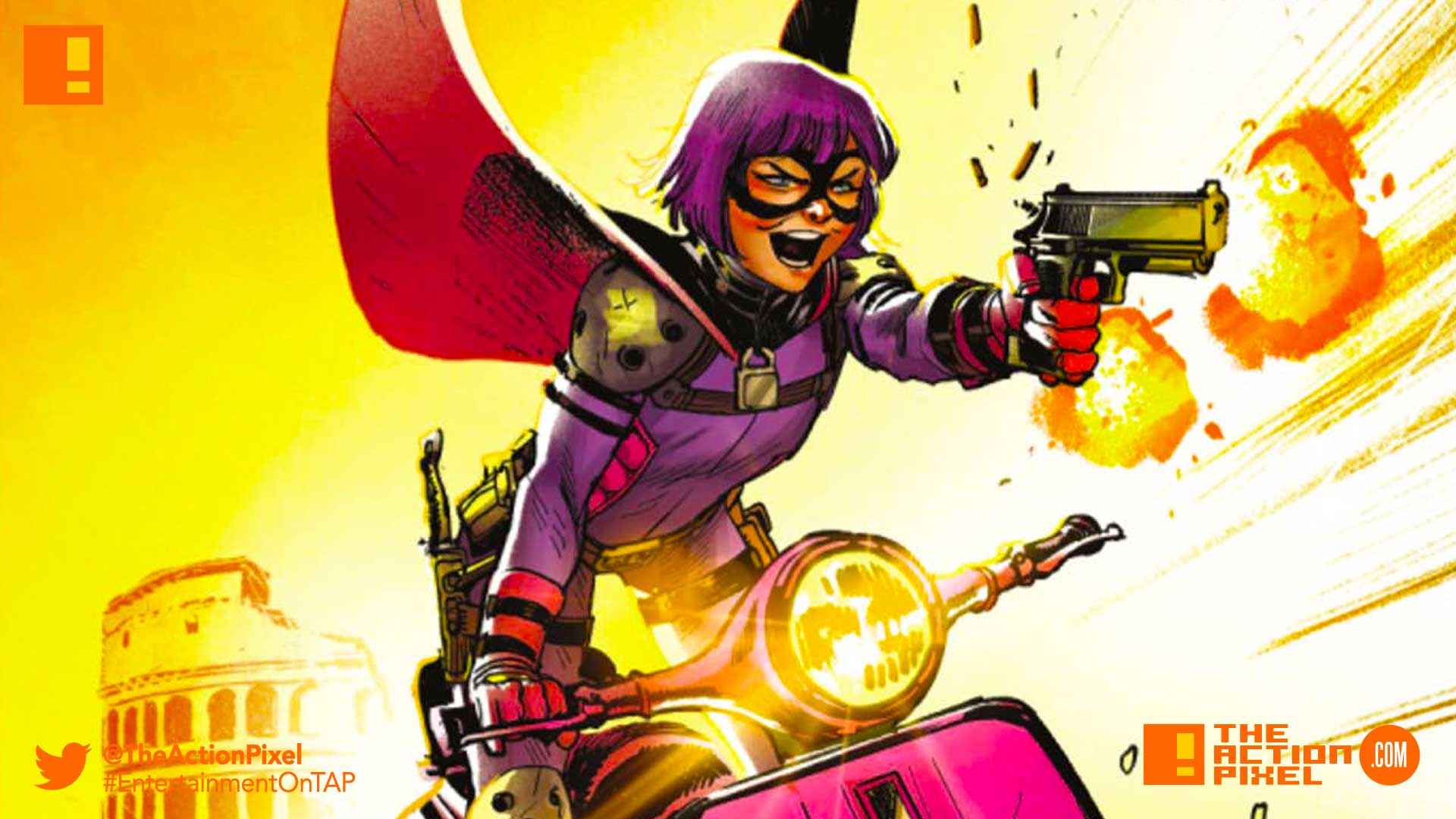 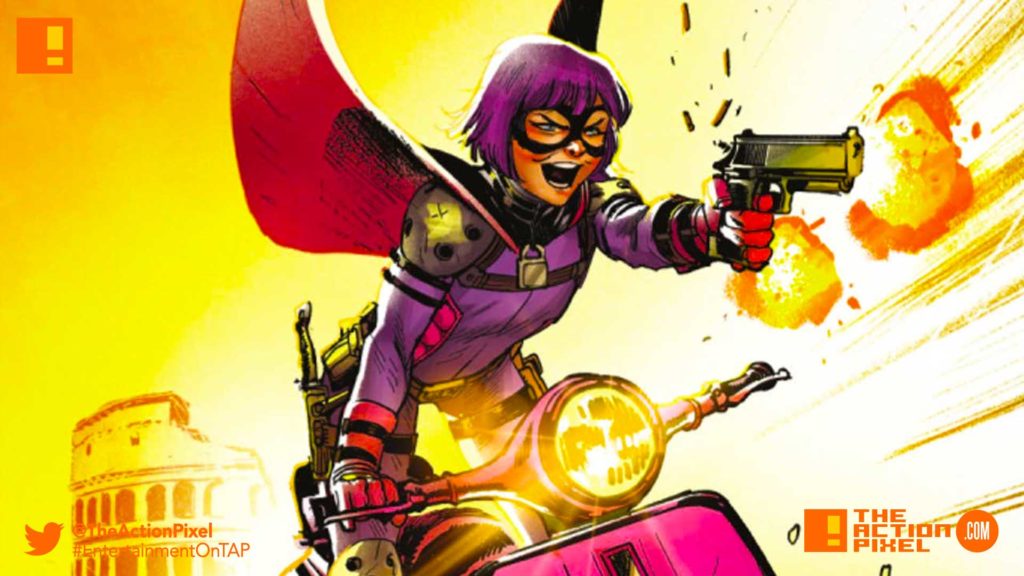 Hit-Girl goes full Vespa in Mark Millar and John Romita, Jr.’s new run of the prepubescent badass in first look at Issue 9, part of the ongoing series that marks the beginning of the Roan arc. And her Roman Holiday is gonna be chocked full of shells and mayhem.

HIT-GIRL’S IN ROME. Mindy races around the ancient city in hot pursuit of an airport cargo thief and their stolen loot. When Hit-Girl finally gets hold of the package, she uncovers a macabre story that leads her deep into the dark, criminal underbelly of Rome.

Check out the cover and inside art below: 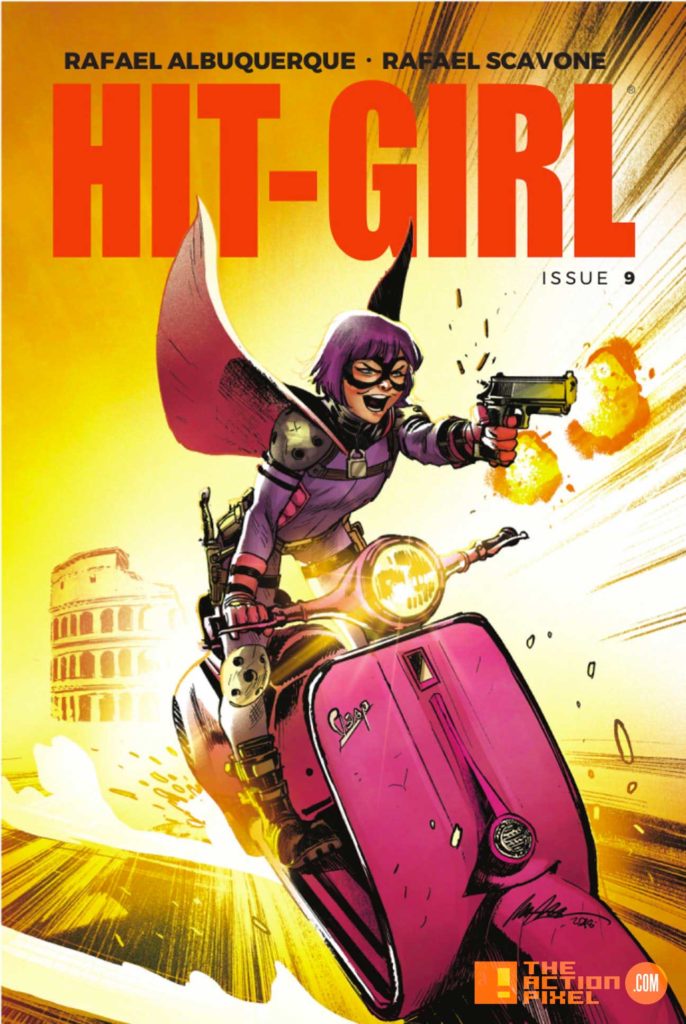 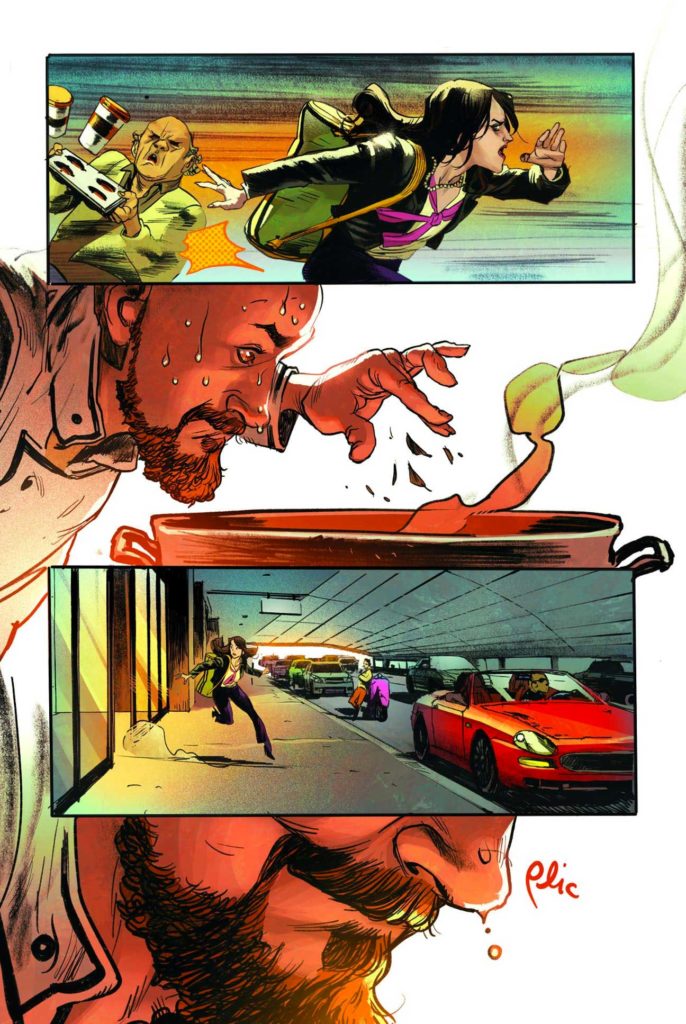 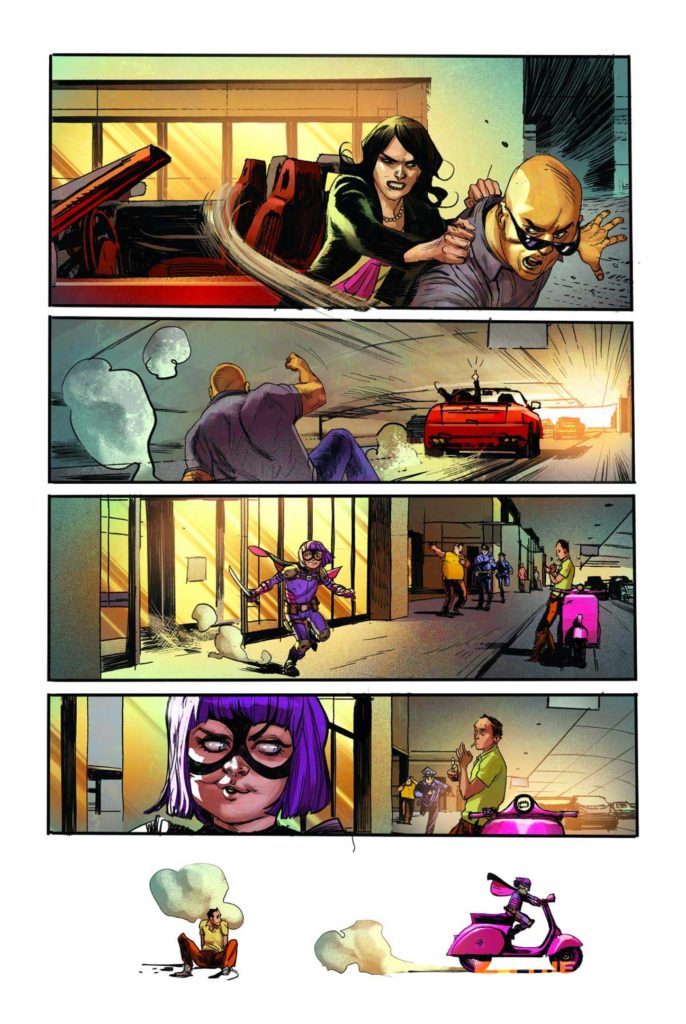 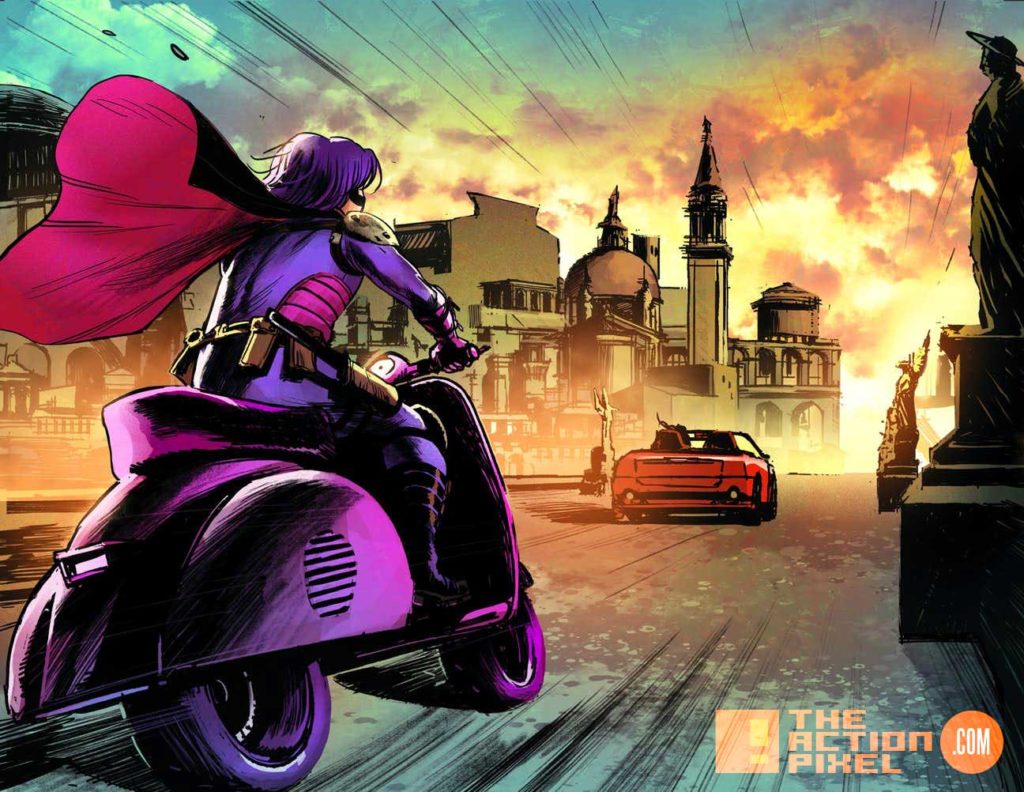