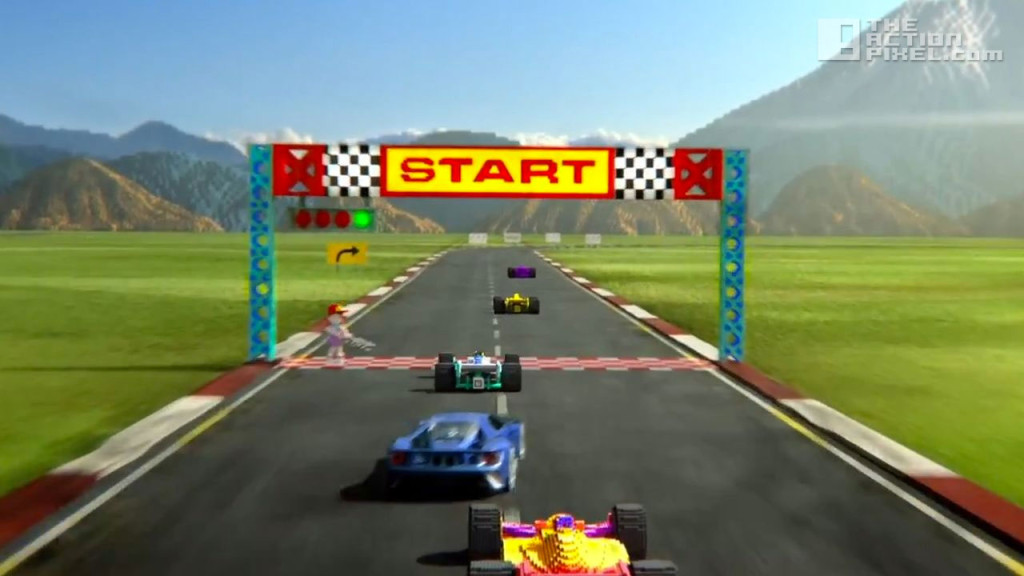 Racing against pixel-ly depictions of car racing vid games of the past, which Forza suggests were just building blocks towards her coming [phrasing].

Since the very first racing game came out, the dream of every game developer was to get as close to real life racing as possible. 40 years ago the ambitions of the developers were way ahead of the technology available at the time. In 2015, technology has caught up to ambition. With the introduction of Forza Motorsport 6, as real as it gets racing, has become a reality. Every pixel and line of code ever written has been leading up to this moment. And the dreams of every game developer and every gamer who’s ever made or played a racing game over the past 40 years are finally being realised. With unrelenting action in full HD and state-of-the-art physics at simulation speed and the most cars and tracks of this generation, this is Forza Motorsport 6 and this is what we’ve been racing towards.

See the Forza Motorsport 6 ad in the player below:

For a breakdown of the old racing games referenced, including arcade classic Grand Trak 10, Chase H.Q. and R.C. Pro-AM, get a load of this trailer breakdown: