September 26 was officially Batman Day, hope you celebrated in the right way (we read the classics in between work / blog posts and threw stuff like batarangs).

But Tony Wolf celebrated in a more creative and unique way. He did a comic paying homage to one of the single most greatest, defining moments in DC- no- comic book history– the death of Robin. That no pants-wearing sidekick of Batman. Whose idea was that?

Tony Wolf spoke about the project:

I had been writing and drawing autobio comic short stories about my Brooklyn neighborhood of Greenpoint (titled ‘Greenpoint of View‘) with encouragement from Brooklyn creators Dean Haspiel and the late Seth Kushner – and I’ve also been inspired by the work of Harvey Pekar and the documentary-comics style of Ed Piskor (Hip Hop Family Tree). It occurred to me that I could begin telling autobio comics stories that reached beyond the realm of Greenpoint – and I immediately had the idea for this story. Many people don’t know the full story of the strange phone vote that killed Jason Todd, the second Robin. Here’s my account.

Now have a substantial read and peer into the assorted history of the Bats and comics in general: 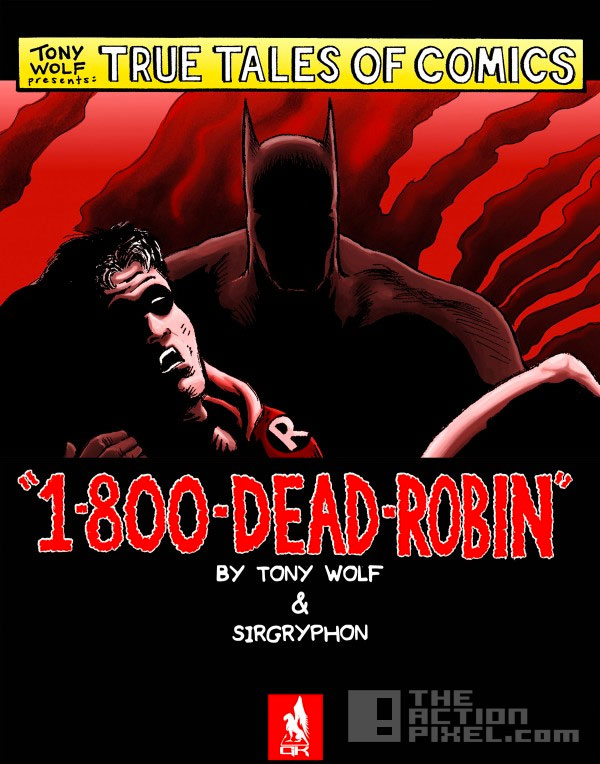 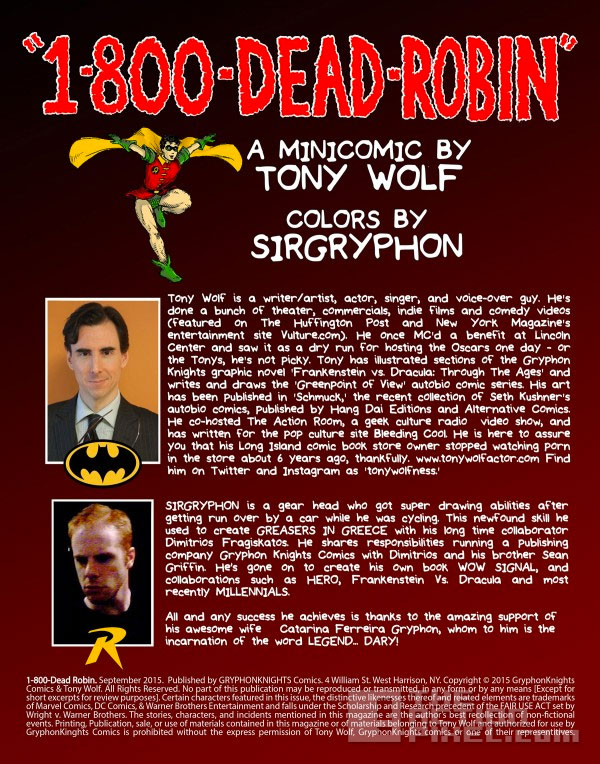 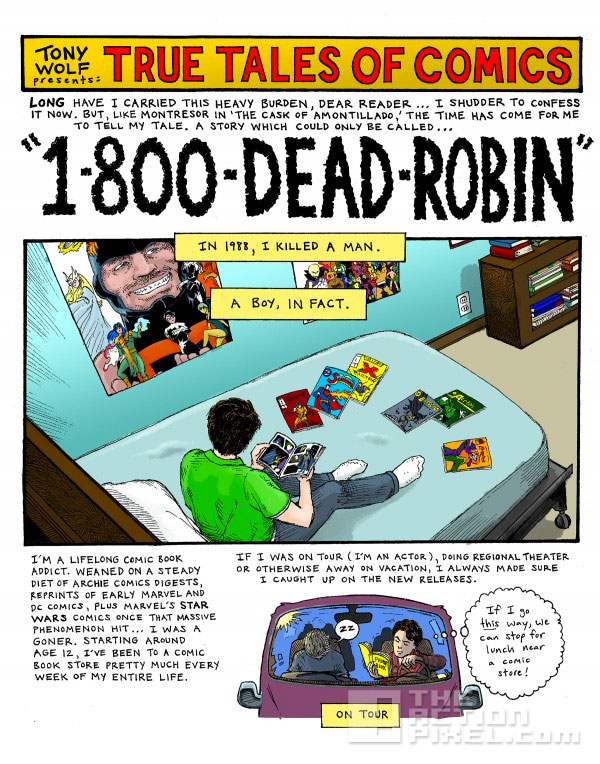 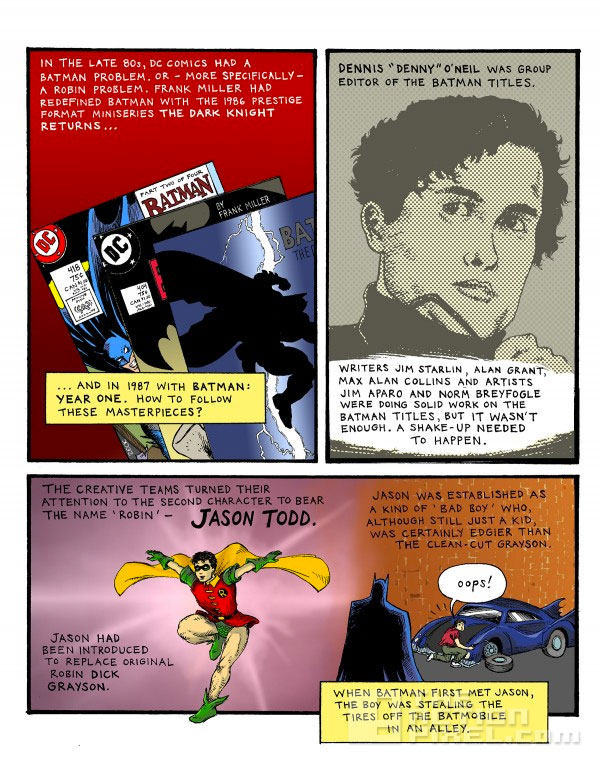 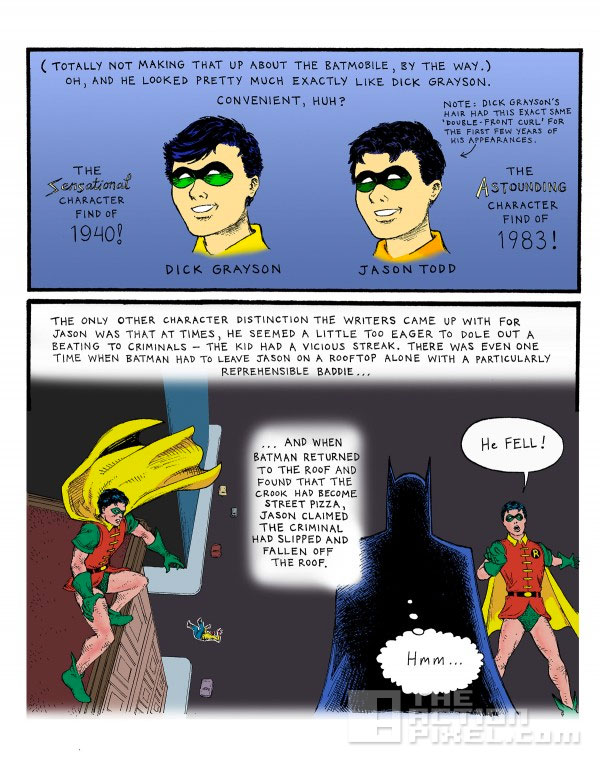 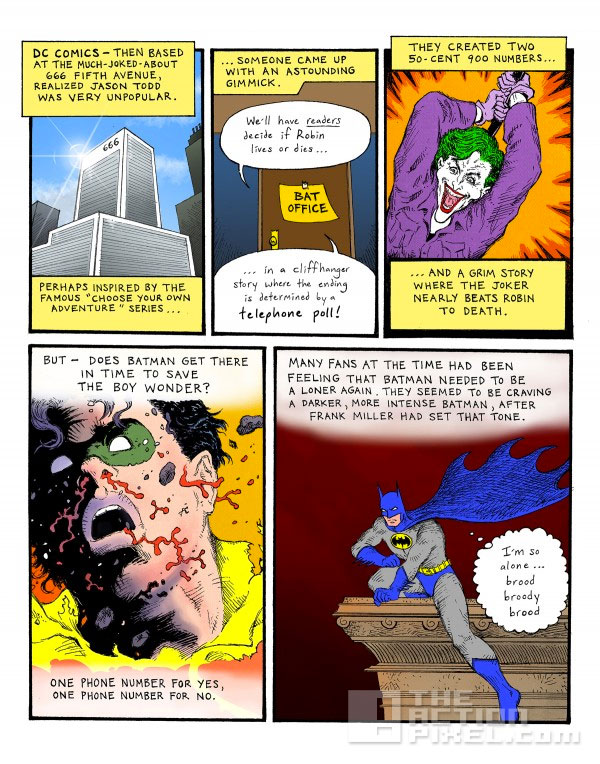 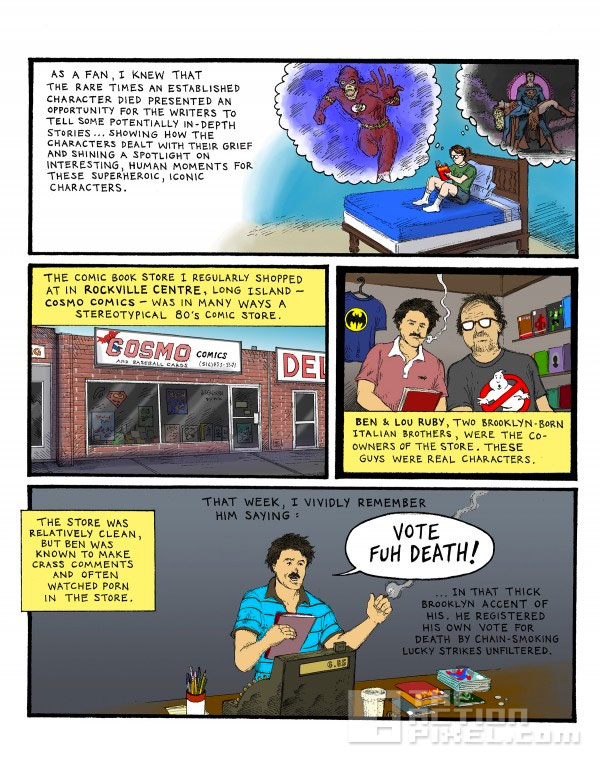 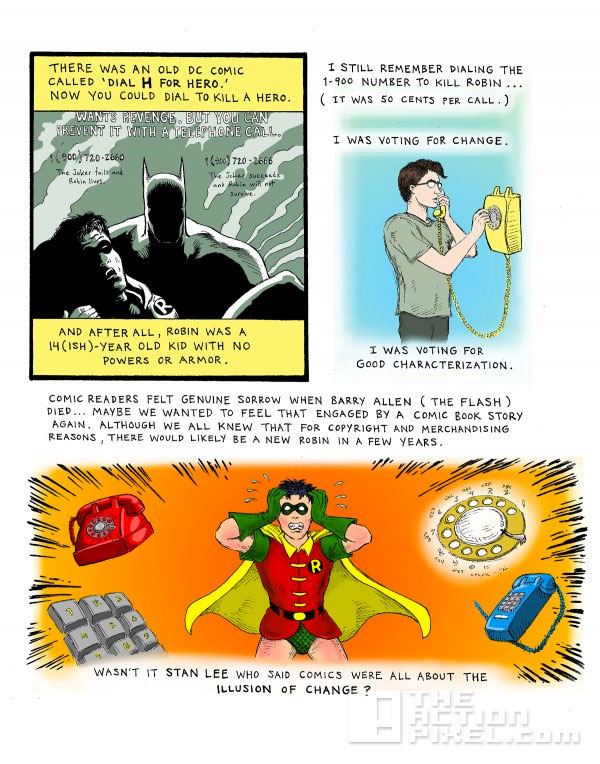 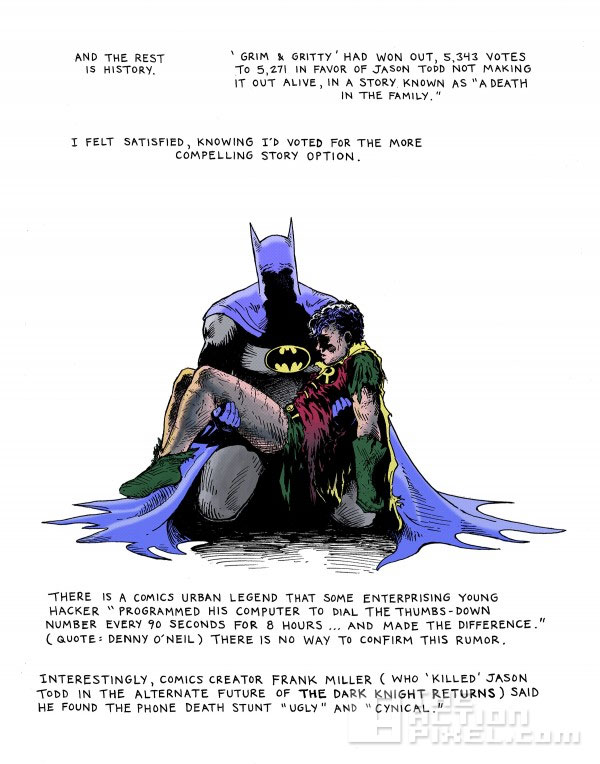 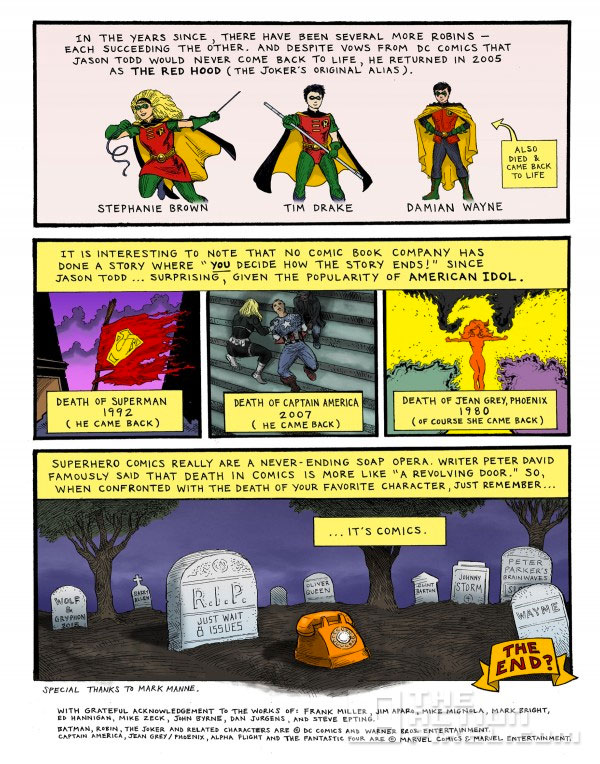 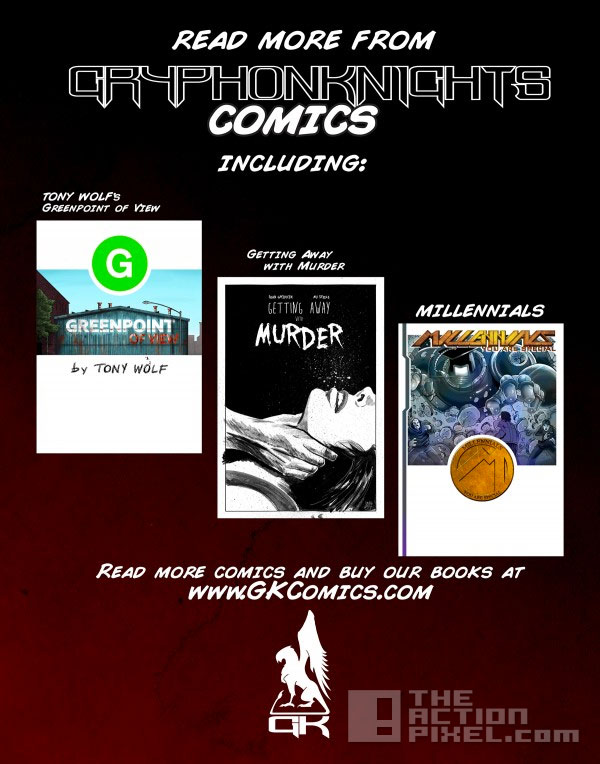 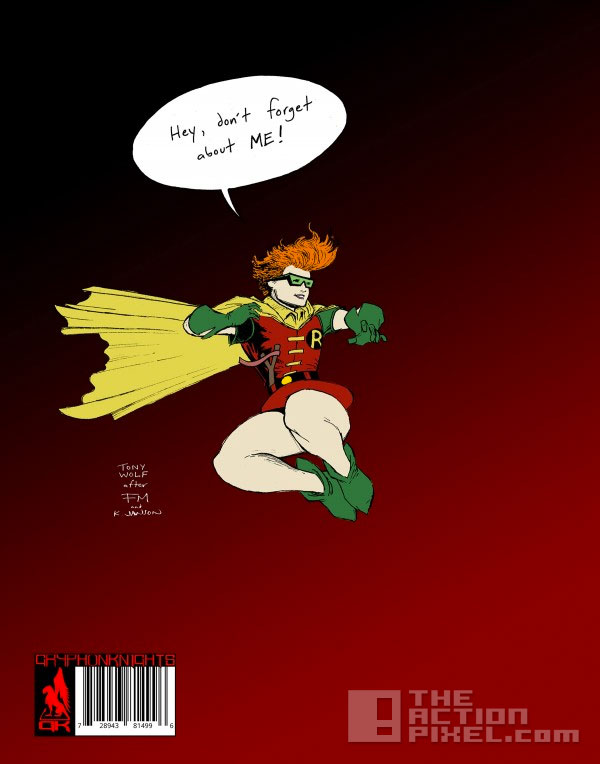