Valkyrie Drive Mermaid is upon us according to an official press release. The coming TV anime series has announced its premiere schedule in Japan, starting on AT-X. The anime is one part of a connected media / franchise presence, as the anime will feature alongside social game Valkyrie Drive Siren and PS VITA game Valkyrie Drive Bhikkhuni; all of which is being dubbed as the Valkyrie Drive Project.

See the promotion poster for anime too: 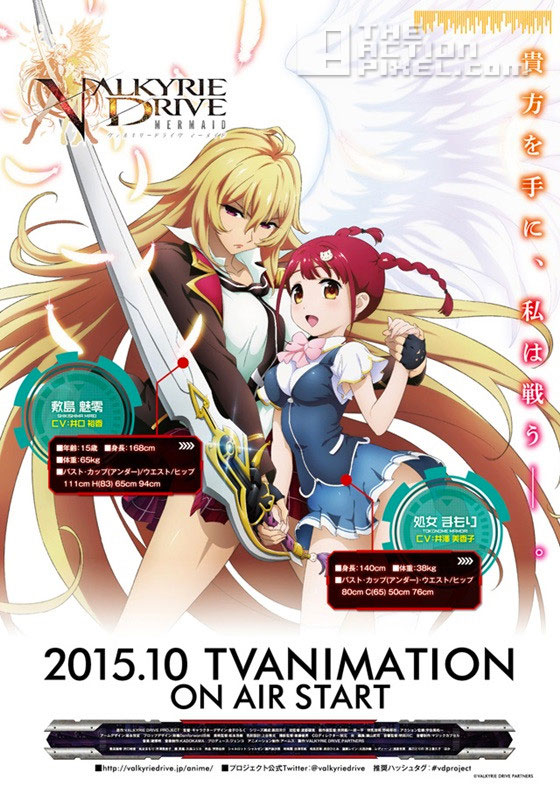