It’s official. With Batman being the pragmatic, decisive charater wh looks like he read The Prince one too many times, the only place for a staunt intellect to go to would be that of godhood. And go there Batman did in the recent Justice League #42 comic. He has taken over the godhood role of Metron to become the ever-fitting God of Knowledge.

In the comic, Metron mistakenly gets separated from his chair, the anchor of Metron’s power. It is about to be Boom Tube to Darkseid and the Anti-Monitor, two ancient, powerful and warring forces. Which is pretty much bad news for the JL and Metron.

So Batman being the fast thinker takes a seat in the Mobius Chair before it teleports…and is immediately subsumed by it, becoming a New God.

The Batman also takes the opportunity to use the supernatural power of the chair to find out Joker’s true identity. Bats gets his answer; we don’t find out, but if is is enough to leave Batman in shock and denial, we cant take for granted it was a big reveal: 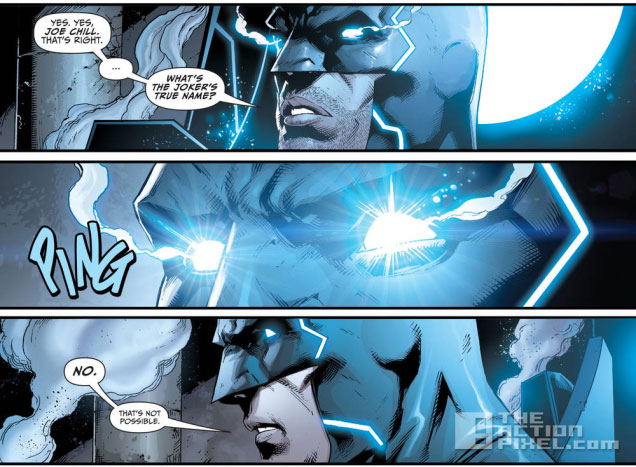 The next issue of the Justice League is teased as Bat-God (fair enough) and surely he’ll be solving all the universes problem before lunch. If gods eat. Or whatever. But you have to say, Batman got way comfortable in that throne very quickly: 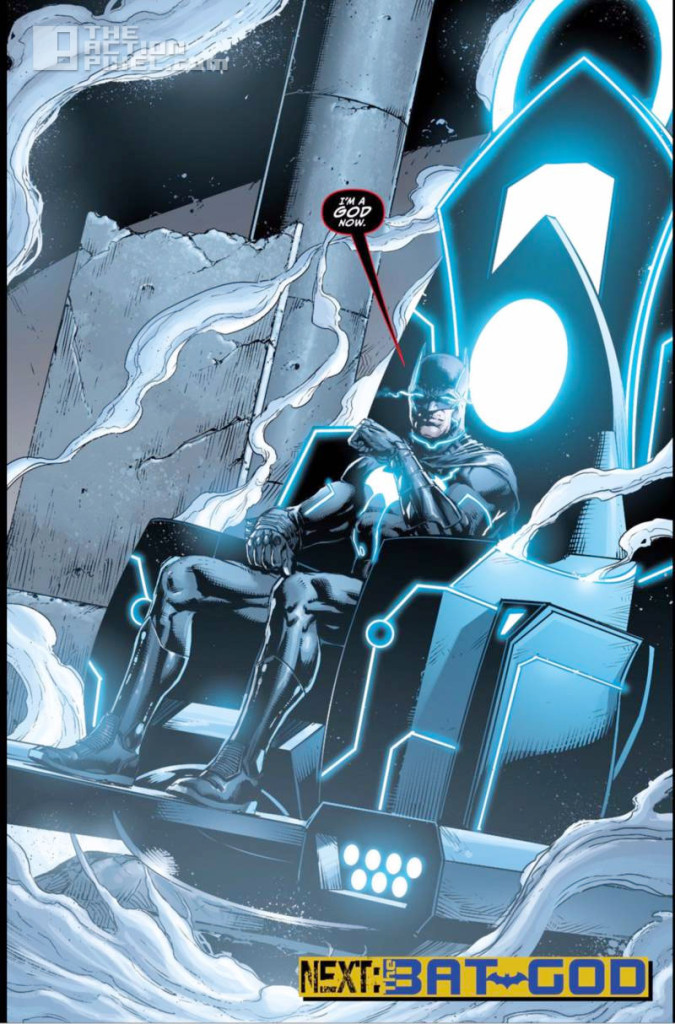 But honestly this is the only natural progression of things.