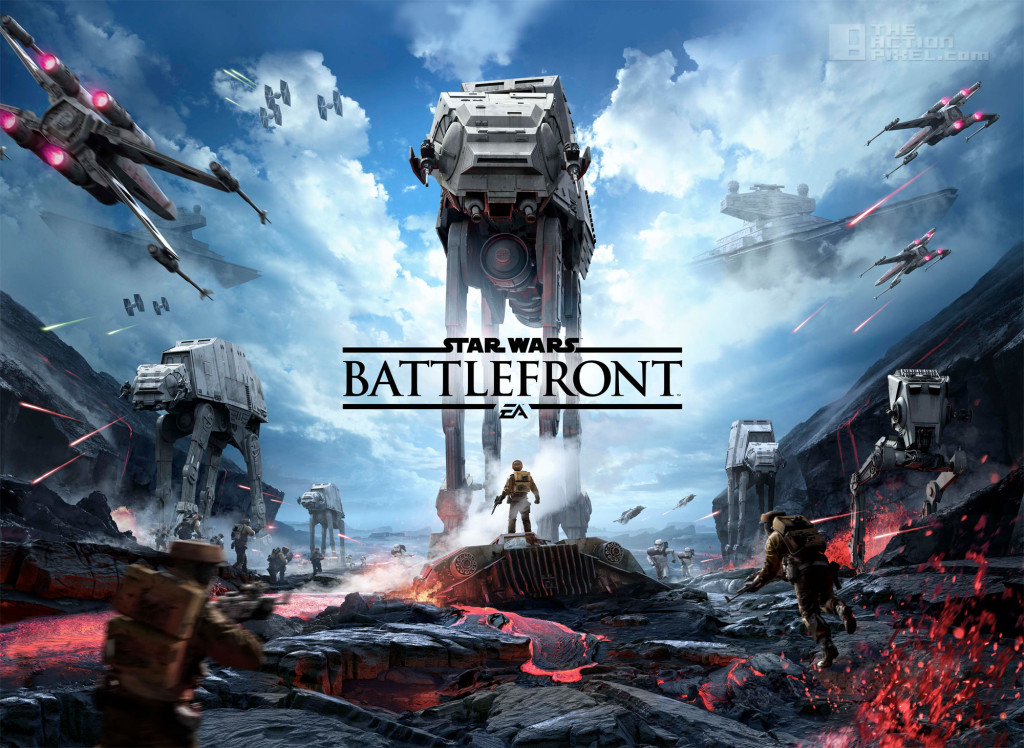 In Star Wars we’ve seen the otherworld;y vistas, the intense laser fights and the cacophony of intergalactic war, but we never really got be a part of it, control the action somehow.

But with the latest released trailer among the E3 hysteria, Dice Games and EA want to drive home their multiplayer battle mode for Star Wars Battlefront is a hot contender for our battle euphoria.

The Walker Assault on Hoth takes us into arctic climates battling the oppositon, dependent on whether you are on the side of Rebel or Empire.

In Star Wars Battlefront you can battle in epic 40 multiplayer battles reminiscent of The Battle of Hoth.

As the Empire, you must accompany AT-AT walkers as they march towards the Rebel base to destroy it. And as a Rebel, you must do everything you can to stop them.

Star Wars Battlefront will be available on PlayStation 4, Xbox One and PC on November 17th
2015