For those who have been hooked to the Animation Domination High-Def spot on FOX, you may have notice the quarter hour segment for Golan The Insatiable. Now that segment has been stepped up, and Golan The Insatiable will get a dedicated full half hour episodes on FOX.

So no more just insomniacs and animation fans catching the late night 15 minute show. The animation has gone primetime, baby!. 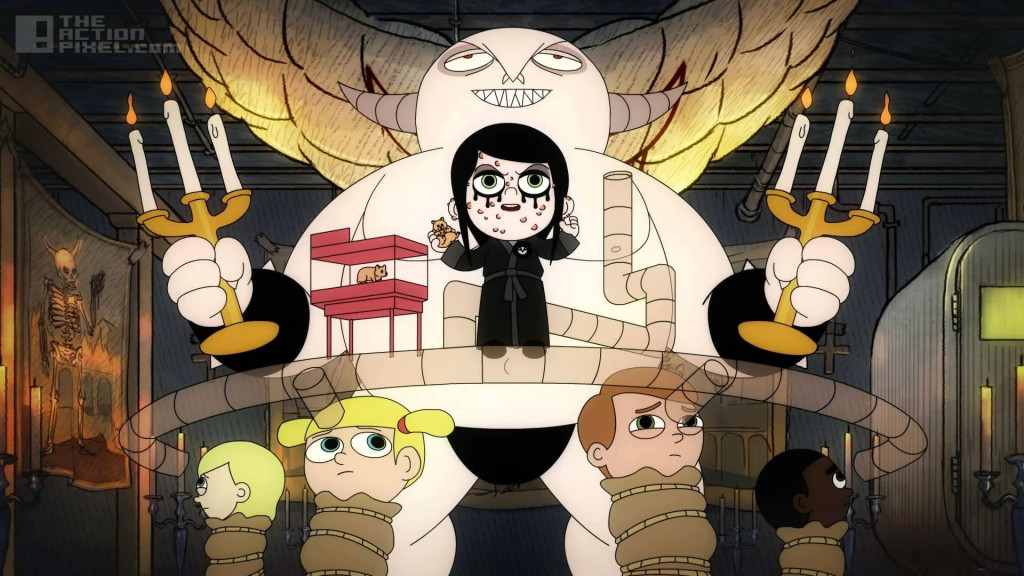 Golan The Insatiable follows “a mighty godlord from an alternate dimension” Golan who befriends a girl with a boys name, nine-year-old Dylan. And together they get up to pure mischief, often instigated by Dylan, and wreak havoc in her hometown. Think Calvin and Hobbs. Only meaner.

Rob Riggle will be playing the mighty godlord, and professional macabre girl Aubrey Plaza will be playing Dylan. Plaza as such is replacing Josh Miller and Mary Mack from the ADHD episodes. Ken Marino, John DiMaggio, Maria Bamford, Rachel Butera, and Nick Rutherford are also set to make an appearance.

New half-hour episodes of Golan The Insatiable will premiere on FOX Sunday, May 31 at 9:30 PT

“How about that. Golan in the big leagues. What do you guys think? which other ADHD segment do you want to see make it on to primetime. Hit us up in the comment section”