With the Walking Dead season 5 coming to an epic closer, it is only just beginning witht the companion TV series based on the zombie comic franchise. 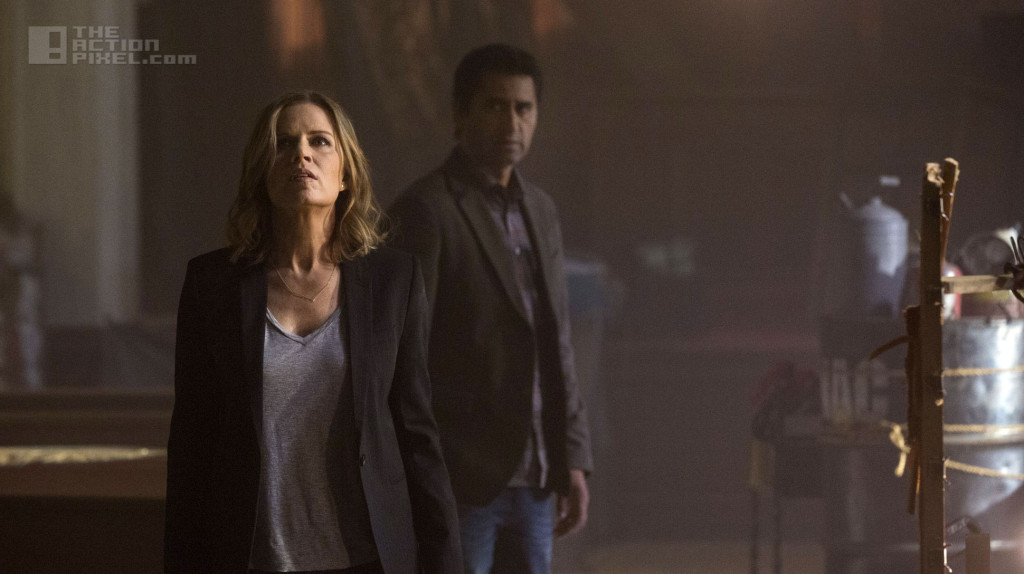 Fans of TWD can expect a trailer from the Walking Dead spin-off to premiere with the season finale of the current TWD AMC TV series. Hell, we don’t even know the actual title of the series but we are already excited. Even the calculated decision of when it is set to aire has us nodding our heads in agreement.

The show is already slated for two seasons, one late this Summer and the second season in 2016. The show stars Kim Dickens, so the show will have lead female role, making up a total of main characters. See the full character descriptions below:

SEAN CABRERA | A Latino male in his early 40s, Sean is a good man trying to do right by everyone in his life.

NANCY TOMPKINS | A thirty-something single mom to two kids, Nancy looks like the girl next door, but there’s an edge to her.

ASHLEY TOMPKINS | Nancy’s mostly level-headed teenage daughter. Her ambition is in direct proportion to her older brother’s failures. She loves her mom but it’s time to get out of Dodge.

ANDREA CHAPMAN | A somewhat wilted flower child, fortysomething Andrea — yep, another Andrea! — has retreated to the outskirts of the city to recover after a horrible marriage.

Yep, another real melting pot of characters. You just know who’s going to be trouble.

To see the promo, be sure to watch the Walking Dead season finale that aires March 28th 2015 on AMC at 9/8c

Marvel’s Daredevil will “Make A Difference”