We all love a good punch-up between heavyweights. Mortal Kombat X is set to rock the gamersphere with the return of Kung Lao and Street Fighter V on the PS4 horizons. But what to do ’til then? The answer may just well be in your hands, granted you have an iPhone or Android. 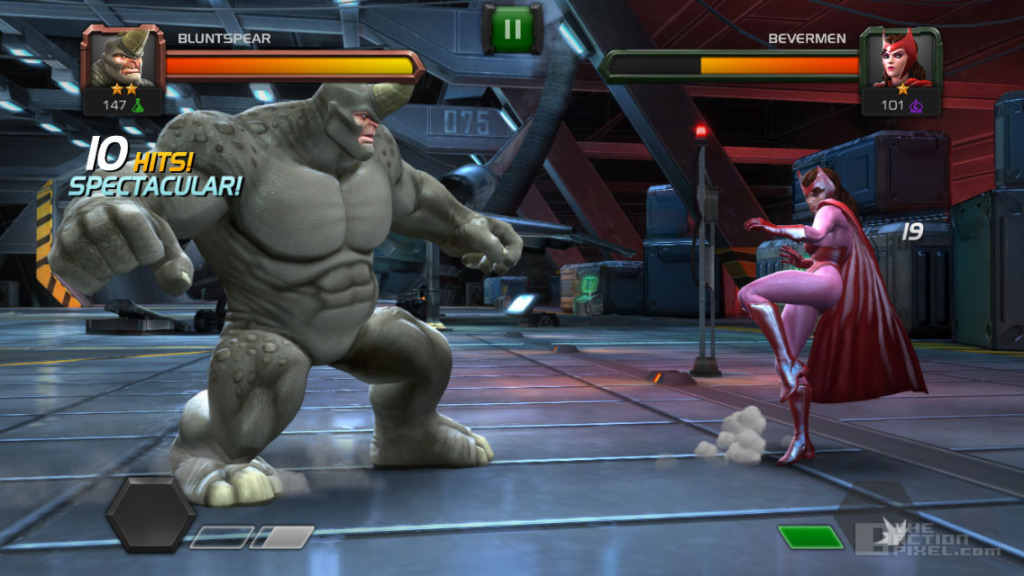 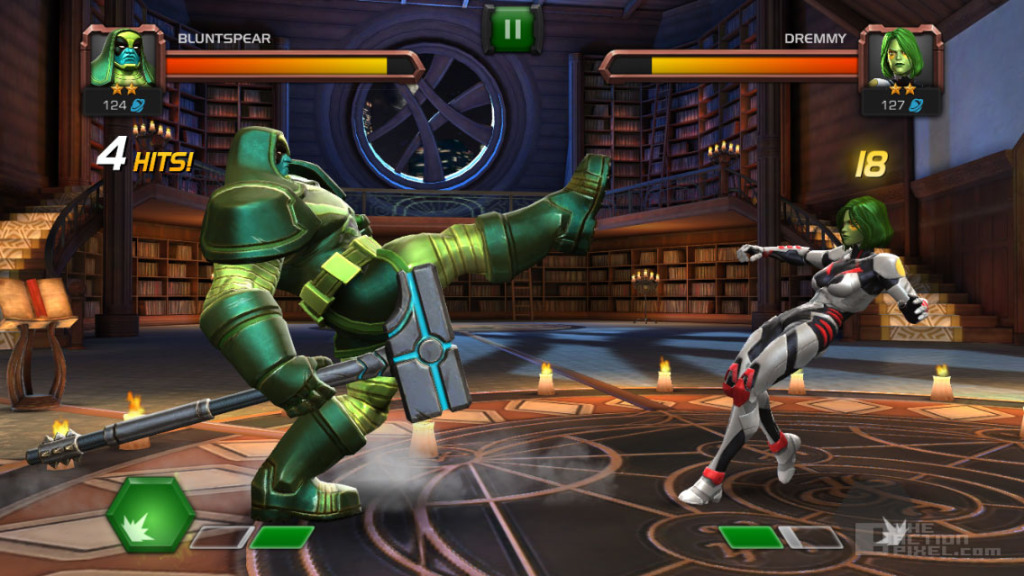 Marvel’s Contest Of Champions sets the Marvel Universe to implode in on itself with superheroes and archenemies go head to head in a straight beat ’em up arcade-styled mobile game.

Check out the game trailer:

Marvel’s Contest Of Champions allows gamers to collect varied ranked Marvel characters across the board, do missions for rewards and battle online with other players with a chance for even more rewards including useful stuff like gold, health and revive potions and high-ranking characters to add to your team.

Don’t get it twisted, it is not an overly complicated game; lots of button-bashing fun, or screen-bashing to be technical. Never the less its still quite addictive. Players tap the right of the screen for various styles of attacks / charge enemies, while players interact with the left of the screen to retreat / block incoming attacks

So if you are looking for players with sick combo moves that will have your fingers playing a game of twisters across the buttons of your game controller, this may not be for you. But if you want to pass some time, make that train commute a little more enjoyable and start collecting crystals like a hoarder, then you’ll enjoy Marvel’s Contest Of Champions, galaxy-hopping across Battlerealm testing your might against the best there is. That was my Hulk shoutout. 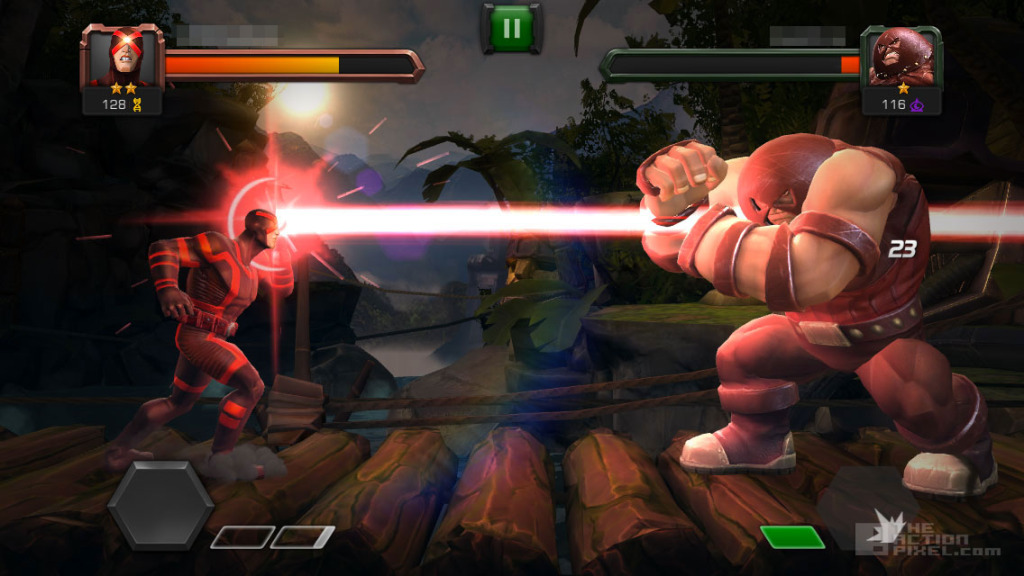 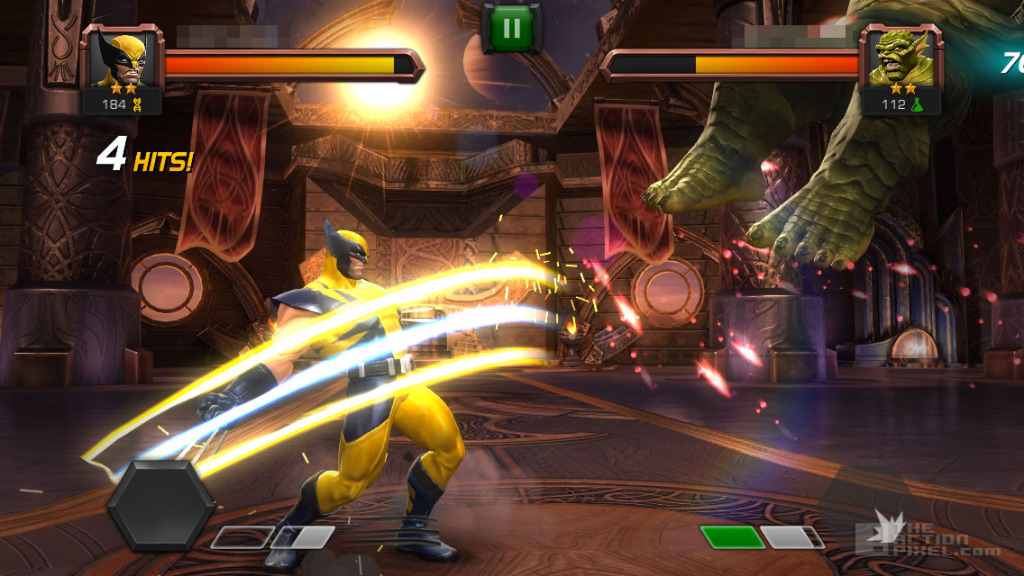 The game is free (with in-app purchases) and you have the chance to win characters from across the Marvel Universe, like Wolverine (he’s my team leader, and I imagine him barking orders to the other members of the team when they are fighting) to Star-Lord of Guardians of the Galaxy and good ol’ Spider-Man… how else could you go wrong? I actually may just bite the bullet and buy myself a Deadpool with real money, not that worthless game-gold they keep rewarding me with like they’re fish pellets. But in retrospect, anything is better than that expensive money-thirsty Marvel: Avengers Alliance, so that’s a plus.