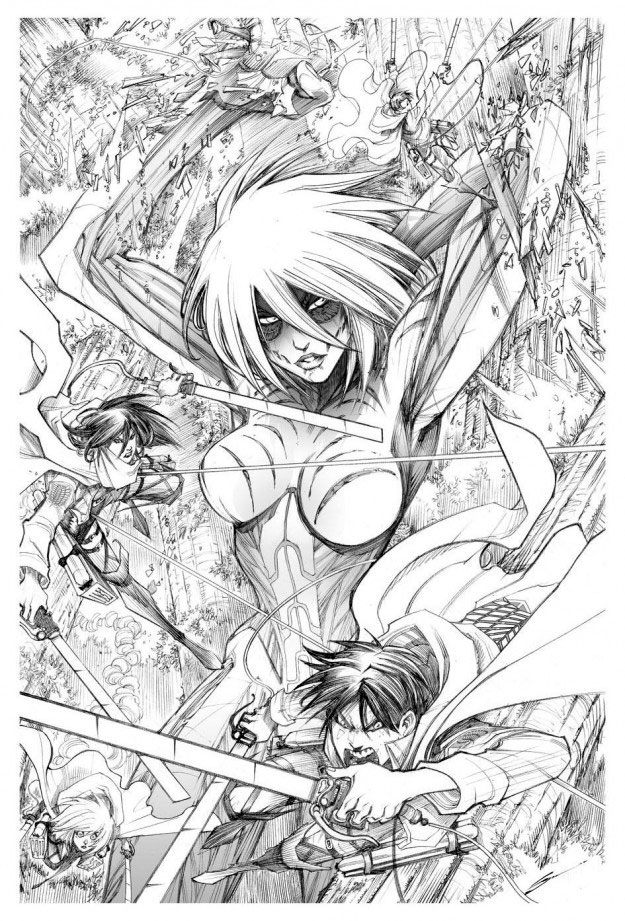 Marvel announced during their Live Secret Wars presentation that their crossover series with Attack On Titan will be available for free as part of their roster for Free Comic Book day 2015!

This is superb news for any fan of Hajime Isayama’s manga, the awesome anime and incoming cinematic feat and Universal Studio Japan attraction, will surely want to get their hands on this comic.

In the crossover issue, Attack On Avengers shows a New York tinkering on the edge of oblivion under the might of attacking Titans. The team’s got their work cut out for them for sure. The comic features writing from Marvel’s C.B Cebulski and art by Gerardo Sandoval.

The Attack on Titan / Marvel Crossover is slated for release with other free Comic Book offers on May 2nd 2015.

Secret Wars is the harbinger of Marvel’s end